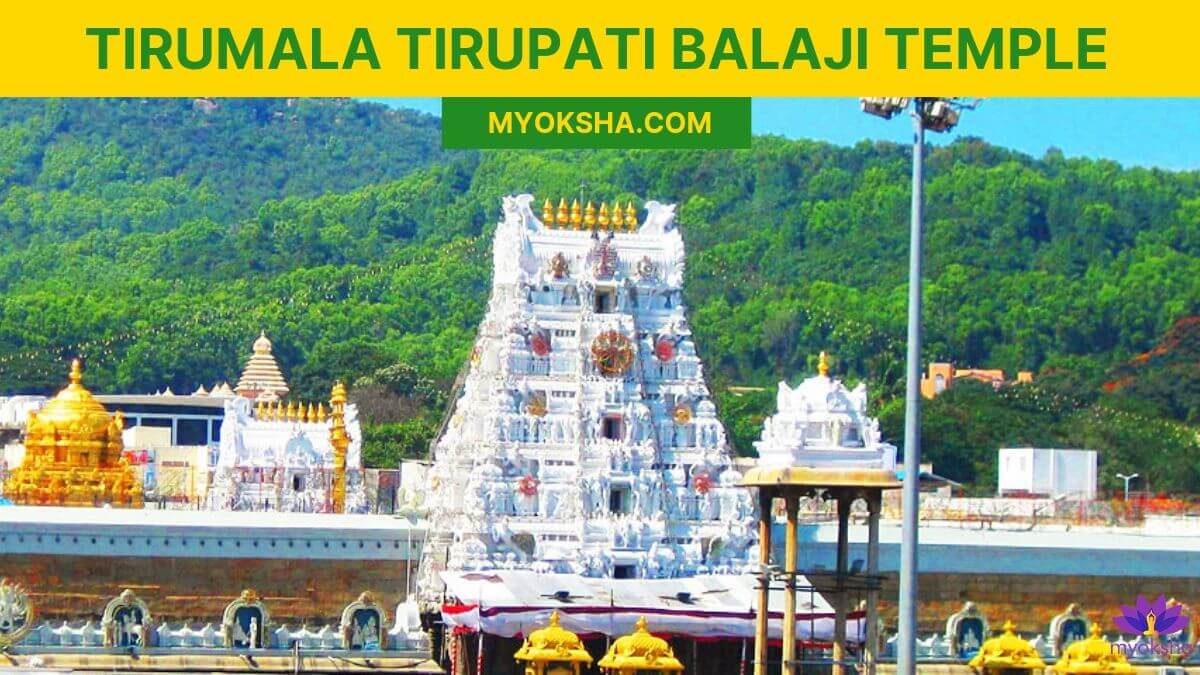 Tirumala Tirupati Balaji Temple is the most popular Vaishnavite temple in the world. It is located in Tirumala in the Chittoor district of Andhra Pradesh. The presiding deity, Lord Venkateshwara, is an incarnation of Lord Vishnu. He is believed to have appeared to save humankind from Kaliyuga effects.

Who is Lord Venkateswara?

Planning to visit this temple? Have look at our Tirumala Tirupati Tour Packages.

The temple is located at the peak of Tirumala hill, also known as Venkatadri. The Venkatadri is one of the seven hills (Saptagiri) considered holy by the Hindus. These seven hills are – Seshadri, Neeladri, Garudadri, Anjanadri, Vrushabhadri, Narayanadri, and Venkatadri.

Tirumala Tirupati Balaji Temple opens as early as 3 AM in the morning. The temple closes at 1:30 AM the next day although General Darshan stops after 1 AM.

Here are the different kind of Darshans and their respective timings:

The Tirupati Balaji Temple Devasthanam administration introduced a dress code for men and women from 2013.

Here is a list of all Poojas and Sevas at Tirupati Balaji Temple. We can divide them into three types: The Daily Sevas, the Weekly Sevas, and the Periodical Sevas.

Offerings and Donations at Tirupata Balaji

Tirumala Tirupati Balaji Temple and its legends are mentioned in various historical manuscripts and also in various Puranas.

The legend says that Venkateshwara took the land of Tirumala hill from Varaha Swami. In return, Venkateshwara gave him a promise that he would be paid the first darshan.

Lord Vishnu gave a boon to Adisesha. The boon was that he would join the Venkatadri hills and become an abode of Lord Vishnu. Adisesha accepted and became Venkatadri.

Legend of Lakshmi and Padmavati

Lord Vishnu, incarnated as Srinivasa, met Padmavati in the forests during a hunt. They fell in love with each other. Later, they married each other after Akasa Raja’s approval. After six months of the marriage, Lakshmi returned to Vishnu in disbelief.

The pilgrims can book the rooms by contacting the Central Reception Office, near Tirumala Bus Stand. The advance reservation can be made online by visiting the official website ttdsevaonline.com

Several private hotels are also available as an option for pilgrims.

What are some famous temples near Tirumala?

If you have any questions related to Tirumala Tirupati Balaji Temple, please leave a comment below and we will reply within an hour.