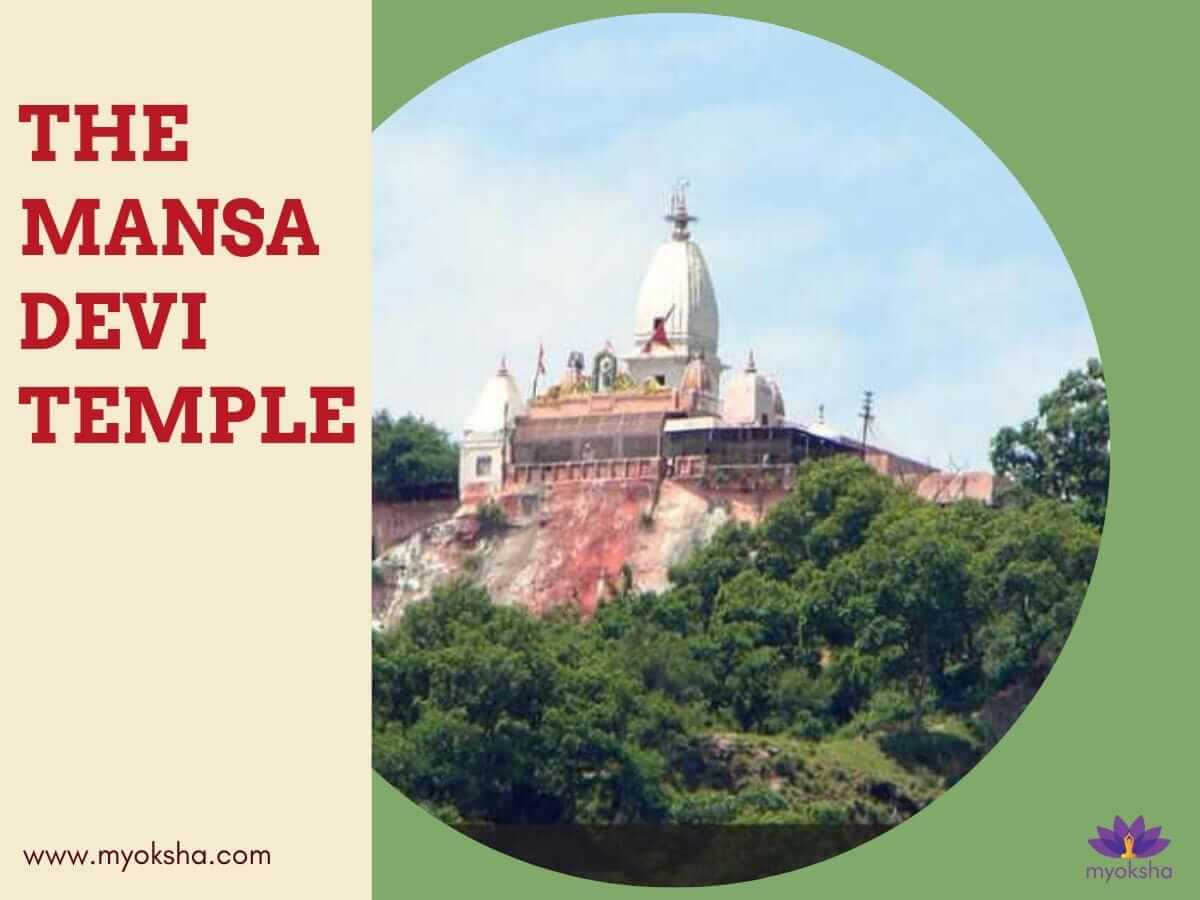 Mansa Devi Temple is dedicated to Goddess Mansa. The temple is situated in Haridwar in the state of Uttarakhand. It is located on the top of the Bilwa Parvat and also known as Bilwa Tirth. It is one of the Panch Tirth within Haridwar. Mansa Devi temple is also included among the Char Dham Yatra destinations.

Planning to visit this temple? Have look at our Char Dham Yatra Tour Packages.

People can have darshan at Mansa Devi from 5 AM to 12 PM in the morning. There is an afternoon break from 12 PM to 2 PM. The evening darshan resumes at 2 PM and the temple closes at 9 PM.

Here are the timings of Mansa Devi temple:

Devotees can reach Mansa Devi Temple in two ways: on foot or by cable car.

The Cable Car and Ropeway service is also called as Mansa Devi Udankhatola.

What is the significance of Mansa Devi Temple?

The term ‘Mansa‘ means ‘wish‘. It is a popular belief among the devotees that the goddess fulfills their wishes. So, they tie a thread to the branches of a tree present in the temple. Once the wishes are fulfilled, people come back to the temple again to untie the thread from the tree.

Mansa Devi temple is a famous Siddhpeeth. Siddhpeeths are known to fulfill the desires of the worshippers. It is one of three such Peeths located in Haridwar. The other two are Chandi Devi Temple and Maya Devi Temple.

The top of the temple gives a beautiful view of the Ganga river and a panoramic view of Haridwar city.

Mansa Devi is considered a must visit for the pilgrims going to Haridwar. The temple is visited by thousands of devotees from various parts of the country. The count increases during Navaratri and Kumbha Mela.

Devi Mansa and Devi Chandi are the two forms of Goddess Parvati. It is said that they always reside close to each other. One can see Chandi temple from the top of Mansa temple in Haridwar. It can be found true since these temples are also close to each other in Haryana, Chandigarh too.

What is the history of Mansa Devi Temple?

The history of Mansa Devi relates back to many centuries ago. Goddess Mansa is believed to have emerged from the mind of great Sage Kashyap. Mansa is regarded as the sister of the Nagas (serpent). She is also believed to be the daughter of Lord Shiva in his human form.

There is also a story about the Goddess. Mansa was a common girl. She was unaware of her truth from her guardians. Hence, she decided to meet Lord Shiva to ask him about her truth. She sat for Sadhana and after years of meditation, Lord Shiva appeared before her. After learning her truth from Shiva, she gained her power.

That common girl Mansa later came to know as the Goddess of Welfare.

According to another story, a cow used to offer milk to three shilas every day. These shilas were on the top of Shivalik hills. A local resident noticed this and over time, people started worshipping it. Later a temple was created at this place. It is believed that the forehead of Devi Sati was fallen at this place by the Sudarshana Chakra.

What are the festivals celebrated in Mansa Devi Temple?

How to reach Mansa Devi Temple?

Where to stay near Mansa Devi Temple?

Some of the places where one can stay near Mansa Devi Temple are:

What are some temples near Mansa Devi Temple?

Some of the temples near Mansa Devi temple are:

Is there online booking available for Mansa Devi Temple?

No, Online booking is not available. You can easily get the tickets from the ticket counter. The waiting time to get tickets is maximum 20 minutes.

Can I buy tickets for both Mansa Devi & Chandi Devi at the same time?

Yes, you can buy combination tickets for darshan of both temples.

What are the timings of Mansa Devi Cable Car or Ropeway facility?

Ropeway service can be availed from as early as 07:00 AM in the morning. Usually, it is functional the whole day. It closes when the temple closes in the noon time.

What are the charges of Mansa Devi Udankhatola?

The charges are around Rs 90 per head for going up and down to both sides of Mansa Devi temple.

Where we can stay near Mansa Devi?

You can stay in Ganga Ashram, Paramarth and many other Dharmasthalas. They are available at cheap rates.

What is the nearest airport to Mansa Devi?

Jolly Grant Airport of Dehradun is the nearest airport. It is at a distance of 37 km from the temple.

How to reach Mansa Devi from Har ki Pauri?

E-Rickshaws will take you from Har ki Pauri to Mansa Devi main entrance. From there, you can either walk or take Ropeway service.

What is the temperature in Mansa Devi temple, Haridwar?

If you have any questions about Mansa Devi Temple, please leave your comment below and we will get back to you within one hour.