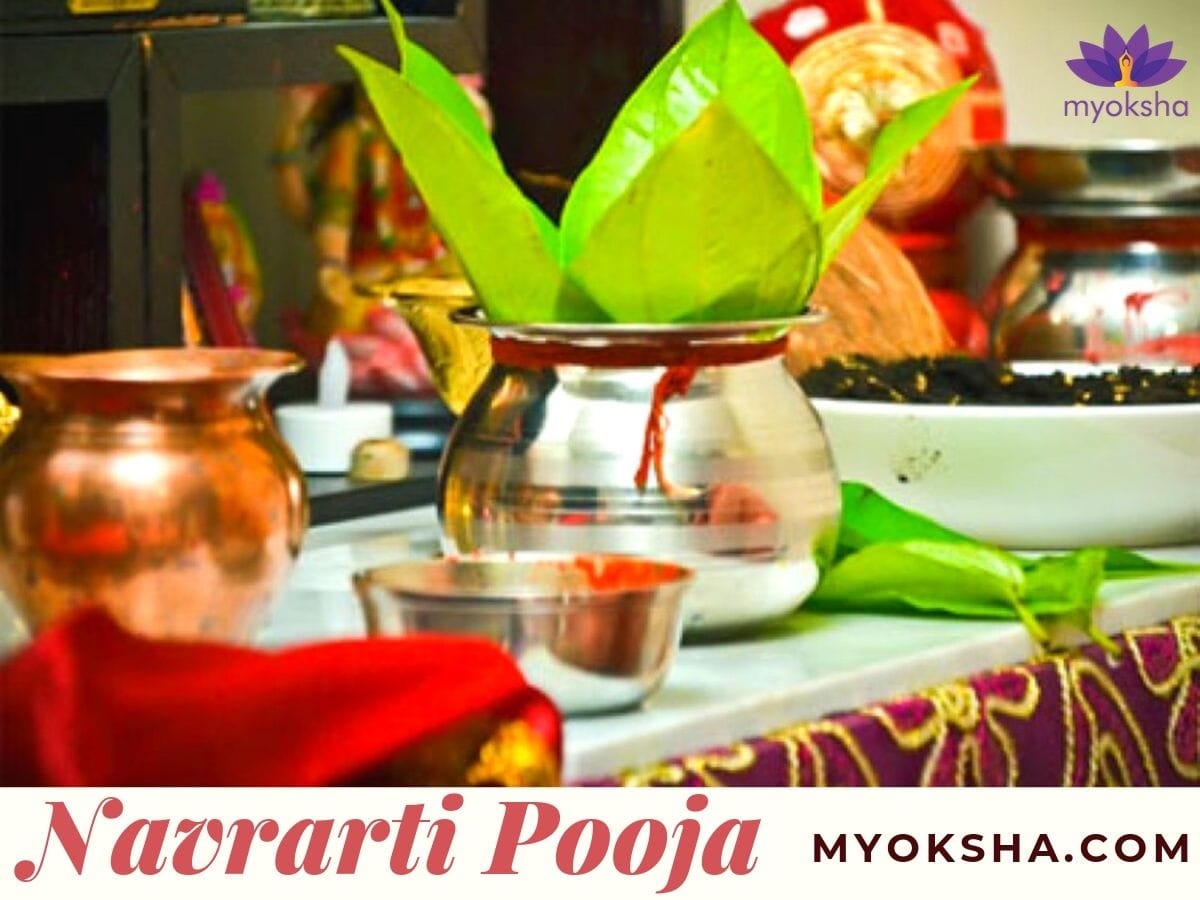 Navratri Puja is performed to worship the nine different forms of Goddess Durga for nine continuous days. This year in 2019, Navratri is beginning from Sunday, September 29 and ending on Monday, October 7. Navratri means 9 sacred days. A distinct avatar of Goddess Durga is worshipped on each of the nine days. Read how to do the Navratri Puja, Step by Step Procedure, Significance and Benefits.

Navratri Puja 2019 – Everything You Need To Know

Who should perform Navratri Puja?

Why is Navratri celebrated?

What are the benefits of doing Navratri Puja?

When should I perform Navratri Puja?

The date and time for performing the Navratri Puja are based on the Hindu Calendar. The dates are determined on the basis of Tithi and Nakshatras. Navratri Puja begins on the sixth day of Devi Paksha which is the beginning of the autumn season. This puja falls in the lunar month of Ashwin.

According to Hindu tithis, Navratri begins with Pratipada and ends with Navami. It is considered as the longest Hindu festival which is celebrated for nine days. Devotees worship Goddess Siddhidatri on the ninth day of Navratri which is the last and the most important day of Navratri. People celebrate the tenth day of Navratri as Vijayadashami to mark the victory of Lord Rama over demon Ravana.

Which Goddesses are Worshipped during Navratri? (Navratri 9 Devi Names)

What are the Navratri Colors?

On Navratri, there is a tradition to wear dresses that represent the colours of Navratri on each of the 9 days. There are 9 different Navratri colours in 2019. Use these colours given below as a guide and make this Navratri more colourful. Navratri Color Sequence for 2019 below:

How to perform Navratri Puja in 2019?

Step by step guide and procedure to perform Navratri Pooja is:

What are the requirements for Navratri Puja?

What is the cost of performing Navratri Puja?

What are the other types of Navratri in a year?

Navratri Puja is also popularly known as ‘Durga Pooja.’ Very few people know that it is celebrated four times throughout the year. The name of four Navratri in a year are:

If you have any questions about Navratri, please leave your comment below and we will get back to you super-fast.