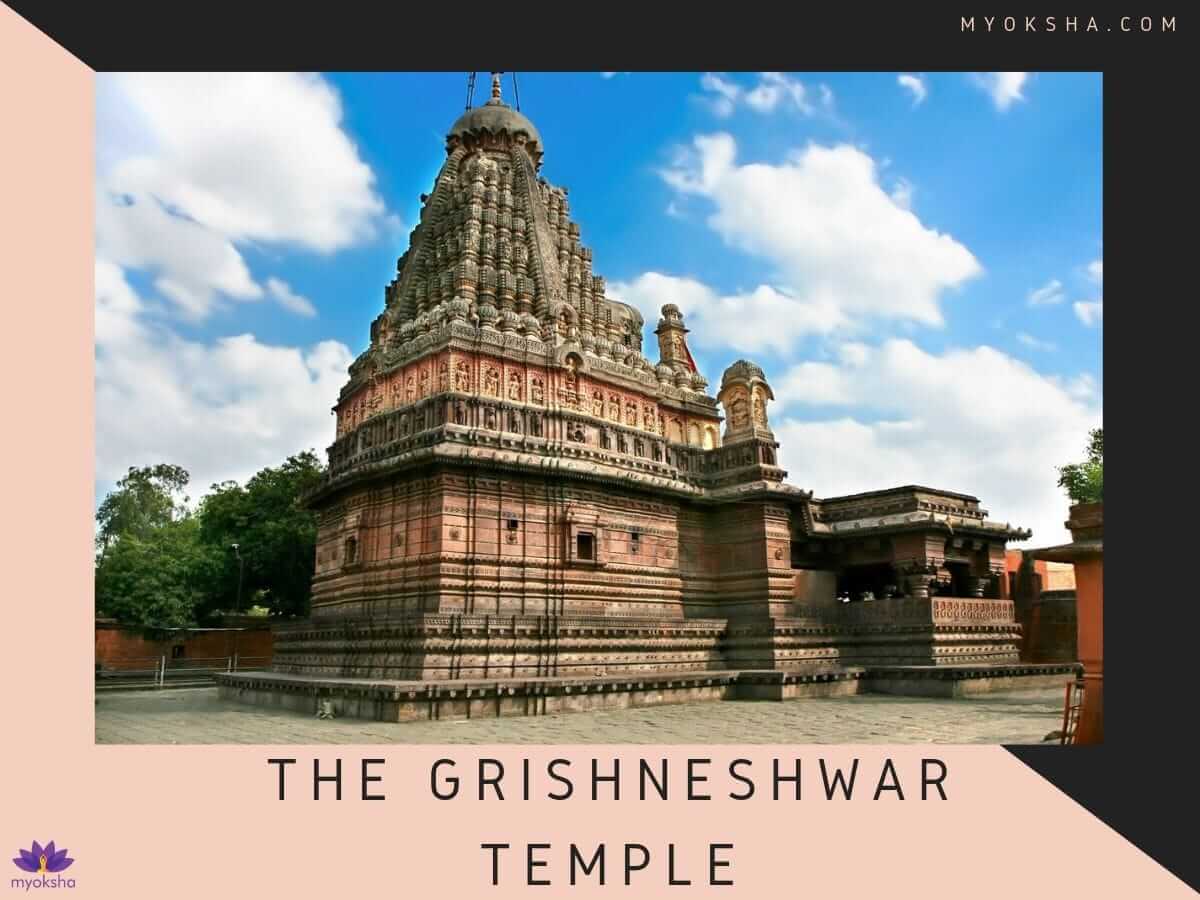 Grishneshwar Temple is located in the Aurangabad district of Maharashtra. It belongs to the celebrated list of 12 Jyotirlinga temples of Lord Shiva. This temple is nearly 3000 years old and the Linga faces east. The sanctum sanctorum includes Lord Grishneshwar and his consort Grishneshwari.

Planning to visit this temple? Have a look at our Jyotirlingas in Maharashtra Tour Package.

Grishneshwar temple opens at 05:30 am in the morning and closes at 09:30 pm in the evening. During the month of Shravan, the temple remains open between 03:00 am to 11:00 pm. The time required for Darshan: 1 to 2 hours depending on the crowd.

The temple also performs various rituals during this time. The devotees can be a part of these rituals such as the afternoon and evening aarti.

The timings of Grishneshwar Temple are as follows:

Kindly note: It usually takes approximately 2 hours to complete darshan during normal days. However, during Shravan, it takes around 6-8 hours due to heavy rush.

What are the sevas and poojas at Grishneshwar Temple?

The sevas and poojas at Grishneshwar temple are:

What is the significance of Grishneshwar Temple?

Devotees can see the marriage scene of the Lord and his consort in the temple murals and carving. The Grishneshwar temple also houses a well that springs holy water.

What is the history of Grishneshwar Temple?

The history of Grishneshwar temple speaks of Maloji Bhosle, an ardent devotee and chief of the Verul village. He built the temple in the 16th century after he found a treasure hidden inside an anthill. Rani Ahilyabai Holker, Queen of the Maratha Malwa Kingdom, renovated the temple in the 17th century.

According to the Shiva Purana, several legends are associated with this ancient place of worship:

The legend of Shivalay states that during his hunting expeditions, the king of Verul killed animals living in the hermitage of Rishis. This angered the Rishis who cursed the king and insects swarmed over his body. The king wandered in the forest and came across a hole with water flowing from it.

The moment he started drinking the water, the insects miraculously vanished from his body. The overwhelmed king did severe penance in that place. Pleased with the penance, Lord Brahma blessed the king and created a lake that came to be known as Shivalay.

Lord Shiva and his consort Parvathi were residing in the Sahyadri range, near Shivalay. One day, when the Goddess was about to apply vermilion, she mixed it with the Shivalay water. The vermilion then transformed into a Linga, emitting a radiant ray of light.

Since the Linga emerged from the vermilion, this Jyotirlinga was initially called Kumkumeshwar. But the Goddess named it Grishneshwar since she believed the Linga came from the rubbing action, and the word Grish means friction.

A great Brahmin scholar, Brahmavetta Sudharm and his wife, Sudeha, lived in the southern mountain of Devagiri (later known as Daulatabad). They were childless, and an agonized Sudeha persuaded her sister Ghushma to marry Sudharm so that they could have a child together.

Eventually, Ghushma and Sudharm had a son much to the envy of Sudeha. The boy grew up to be a handsome young man and eventually got married. Unable to cope with jealous feelings, Sudeha killed the boy when he was asleep and threw the body into a lake.

A deeply grieving Gushma continued with her routine. During her morning ritual of visiting the lake where she usually made and worshipped a hundred Lingas, she saw her son emerging from the lake. Then Lord Shiva appeared before her and said that Sudeha had killed her son.

Pleased with Gushma’s devotion, he gave back her son and also granted her a boon. Then Ghushma requested the Lord to forgive her sister and also to remain in the place. The Lord accepted her request and continued to reside there in the form of a Jyotirlinga. Hence, he took the name Ghushmeswar in Gushma’s honor.

The Shikara also includes intricate carvings of the Dasavathar, which appear resplendent in the red volcanic rock. Devotees also marvel at the statue of Nandikeshwara that adorns the court hall.

What are the festivals celebrated at Grishneshwar Temple?

Some of the festivals celebrated at Grishneshwar Temple are:

How to reach Grishneshwar Temple?

Here’s how to reach Grishneshwar Temple:

Grishneshwar Temple is situated in a small village called Verul and there aren’t many accommodation options available nearby. Devotees usually stay either in Daulatabad or Aurangabad, with the latter offering more choices of accommodation. You can expect mostly budget accommodations in Daulatabad.

Where to eat in Grishneshwar?

Several devotees partake the free lunch provided at the temple. There are not many restaurant options in Verul. However, one can find several good standalone restaurants in Aurangabad.

What are some temples near Grishneshwar Temple?

Some of the temples near Grishneshwar are:

Is the Grishneshwar Temple open throughout the year?

Yes, the Grishneshwar Temple is open all 365 days of the year.

The entry to the Grishneshwar Temple is free of cost.

Yes. There is are palki services available for the specially-abled and senior citizens.

Which is the best time to visit the Grishneshwar Temple?

The summers at Maharashtra start from March and continues until June. The summers here can be very hot. Temperatures during the daytime often go up to 36 º C.

If you have any questions about the Grishneshwar Temple, please leave a comment below, and we will get back to you within one hour.