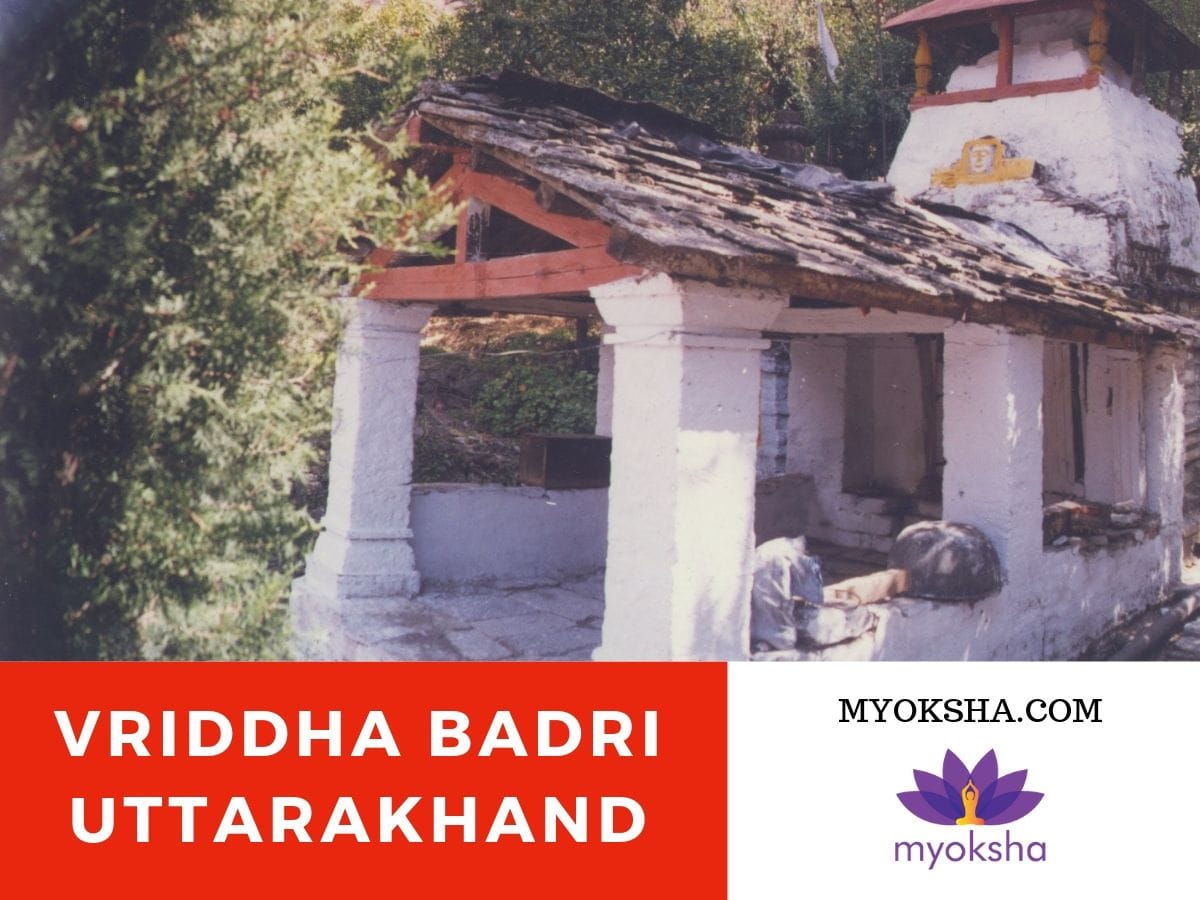 It extends from Satapanth to Nandaprayag in the Alaknanda river valley. In ancient times, the path to the temple went through the Badri van (Forest of berries). Hence, the suffix ‘Badri‘ is added to the seven holy shrines of Lord Vishnu.

Lord Vishnu appeared here as an old man before Narad who was performing penance at this place. This is why Vriddha Badri gets its name where the word Vriddha means ‘old‘ and Badri is the name of Lord Vishnu in Badrikshetra. It is a part of the Char Dham Yatra Package within Uttarakhand.

The temple is 1,380 meters above the sea level and 7 km from Joshimath in Joshimath-Badrinath road. Vriddha Badri lies on the way to Kalpeshwar Mahadev Temple and can be reached before Helang.

Vriddha Badri Temple is the destination of Char Dham Yatra that is open or reachable throughout the year for the worshiping Lord Vishnu.

What are the timings of Vriddha Badri?

The timings of the temple are:-

What is the significance of Vriddha Badri?

The significance of Vriddha Badri is-

What is the history of Vriddha Badri?

According to a legend associated with the history of Vriddha Badri, Sage Narada performed penance in this region to appease Lord Vishnu. Later, Vishnu appeared in front of Narada in the form of an old man and answered to Narada’s prayer. Hence, the idol installed in this temple has the form of an old man.

Some of the festivals celebrated at Vriddha Badri are:

How to reach Vriddha Badri?

Here’s how to reach Vriddha Badri:

Where to stay near Vriddha Badri?

Some of the places where one can stay near Vriddha Badri while undertaking the Char Dham Yatra are: