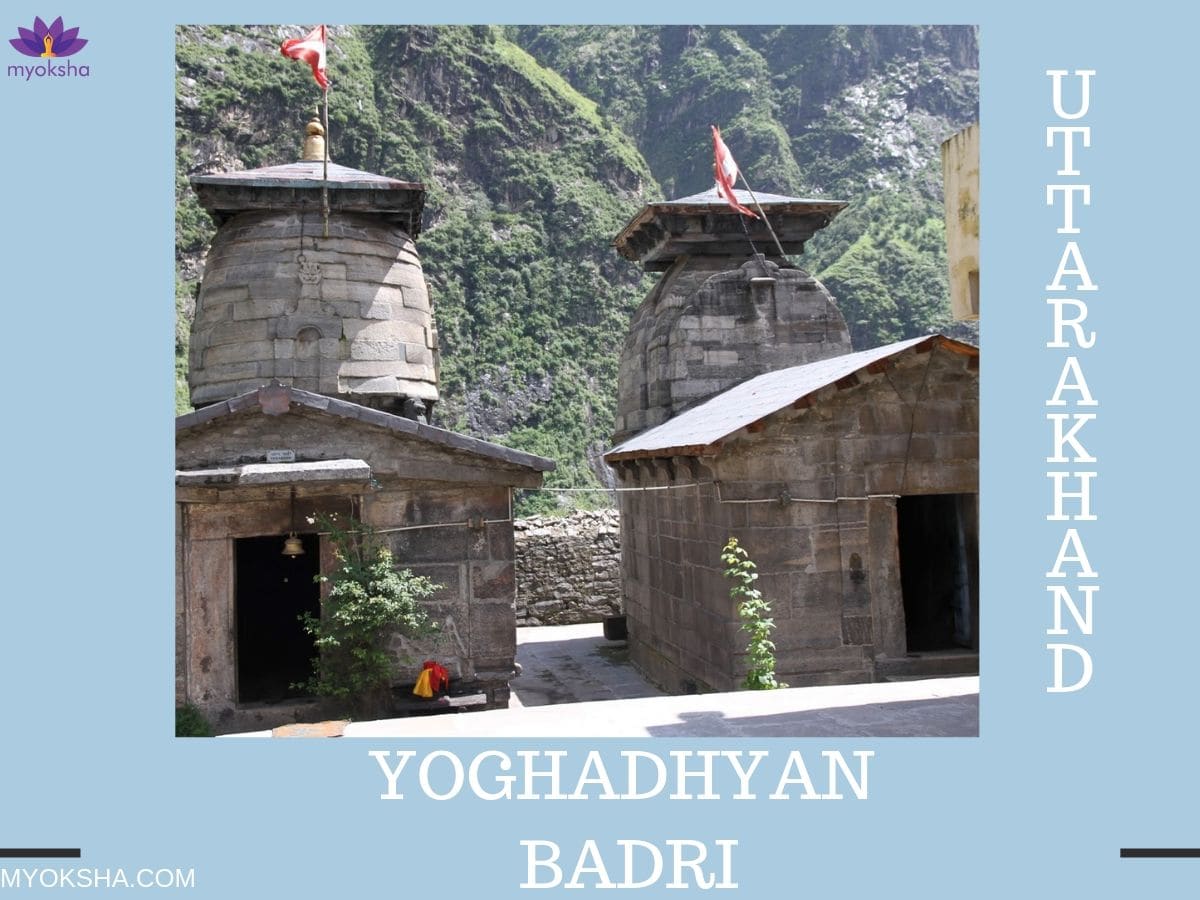 Yogadhyan Badri Temple is a Hindu temple dedicated to Lord Vishnu. It is situated at Pandukeshwar village near Govind Ghat in the district of Chamoli, Uttarakhand at an altitude of 1920 m. It is the fifth temple complex among the ‘Sapta Badri’ temples. It’s part of the famous ‘Sapta Badri‘ pilgrimage circuit. It is a part of the Char Dham Yatra Package within Uttarakhand.

In ancient times, the path to the temple went through the Badri van (Forest of berries). Hence, the suffix ‘Badri‘ is added to the seven holy shrines of Lord Vishnu.

What are the timings of Yogadhyan Badri?

Here are the timings of the temple:

What is the significance of Yogadhyan Badri?

The significance of Yogadhyan Badri is that it has a bronze image of Lord Vishnu. Devotees believe that Pandu installed this image, which is depicted to be meditating (Dhyan). Hence, the name of the shrine comes from the posture of the image, and it is called ‘Yoga-Dhyan‘ Badri.

Moreover, when the main temple of Badrinath closes down during winters because of extreme weather conditions, Yogadhyan Badri is considered to be the winter abode of the Utsava-murti (festive image) of Badrinath.

Hence, it is mandatory for a pilgrim to offer prayers at this place in order to complete his/her pilgrimage. Also, the chief priests of the temples are ‘Bhatts‘ from southern India

What is the history of Yogadhyan Badri?

The History of Yogadhyan states that:

Idols of Lord Vishnu, Goddess Laxmi, and Madri are installed above a shivling inside the temple.

What are the festivals celebrated at Yogadhyan Badri?

Some of the festivals celebrated at Yogadhyan Badri are:

How to reach Yogadhyan Badri?

Here’s how to reach Yogadhyan Badri:

Where to stay near Yogadhyan Badri?

Some of the places where one can stay near Yogadhyan Badri while undertaking the Char Dham Yatra are: