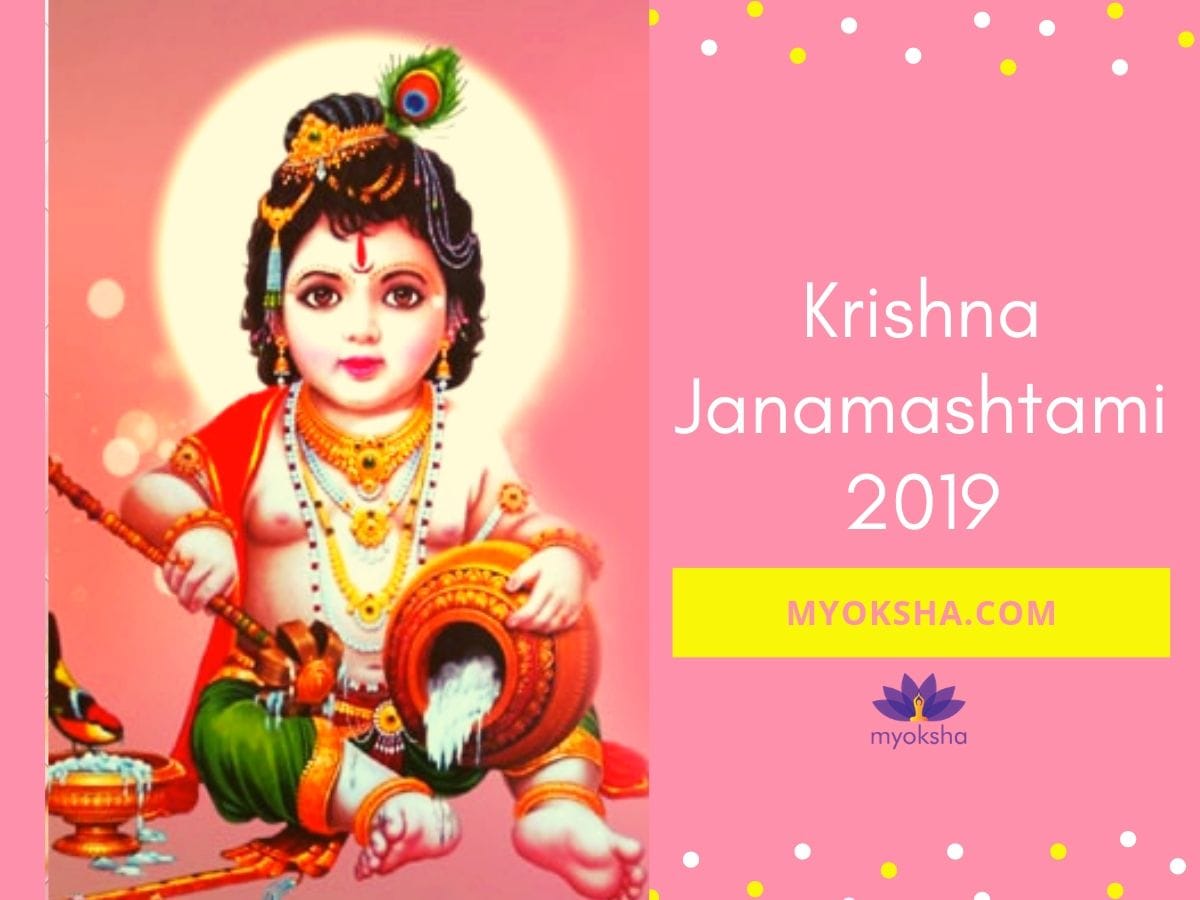 Krishna Janmashtami is a popular Hindu festival that celebrates the birth of Lord Krishna. He was considered as the eighth avatar of Lord Vishnu. This festival is observed on the eighth day (Ashtami) of the Shravana Krishna Paksha (dark fortnight) and usually occurs in August – September every year.

According to the stories, on one day, King Kansa got a prophecy that the son of his sister Devaki will become the reason of his death. As a result, he put both Devaki and his husband behind the prison bars. Kansa killed all of Devaki’s son. But the day when Krishna born, all of the servants outside prison bars went unconscious and prison gates opened out of miracle. Hence, his father Vasudeva took Krishna across the Yamuna, to his foster parents in Gokul, named Nanda and Yashoda.

Janmashtami is celebrated on the day when Krishna is believed to have been born as per Hindu tradition. The birth took place in Mathura at midnight.

How to celebrate Krishna Janmashtami?

A very famous Janmashtami tradition (popularly known as Gokulashtami) in Mumbai is Dahi Handi. It is celebrated one day after Krishna Janmashtami.

“Dahi Handi” means “earthen pot of yogurt”. The festival was inspired by the childhood stories of Lord Krishna. According to it, he used to steal yogurt and butter when he was a child. People started hiding their supplies higher from ground level. However, Krishna, famous for his mischievousness, try all creative ideas to break those high hanging pots.

In Maharashtra, this Krishna legend is enacted by teams of youths and boys called as “Govindas.” Different teams compete with each other to break the high hanging pots in the first place for prize money that will be rewarded. For this, they climb one over another and form a human pyramid to break the pot. Girls surround these boys to cheer them through dancing and singing. It is a must-watch public event.

Dwarka town of Gujarat is believed to be the place where Krishna established his kingdom. People here celebrate the festival with a tradition similar to Dahi Handi, called Makhan Handi (pot with freshly churned butter). They also perform folk dances and sing bhajans. Visiting the very famous Dwarkadhish Temple at Gujarat is considered auspicious on this day.

Janmashtami is the largest festival in the Braj region of North India, especially in Mathura, where Lord Krishna was born and in Vrindavan, where he grew up. Krishna temples are decorated and lighten up and they attract numerous visitors on that day.

In the northern states, Janmashtami is also celebrated with the “Rasa Lila” tradition. It is a kind of dance and drama event wherein Krishna related compositions are sung and the childhood acts of Krishna and love affairs of Radha-Krishna are enacted.

Raslila performances (also known as Rasleela or Manipuri Ras) is a famous annual tradition around Janmashtami in North-eastern states. It is a major festival celebrated with fasts, vigil, and Krishna prayers in Manipur. Manipur people also developed their Manipuri dance form (a classical dance form) inspired by dance, drama and love acts of Radha-Krishna called Raslila.

If you have any questions related to Krishna Janmashtami, please leave a comment below and we will reply within an hour.

Wishing you a Happy Janmashtami!