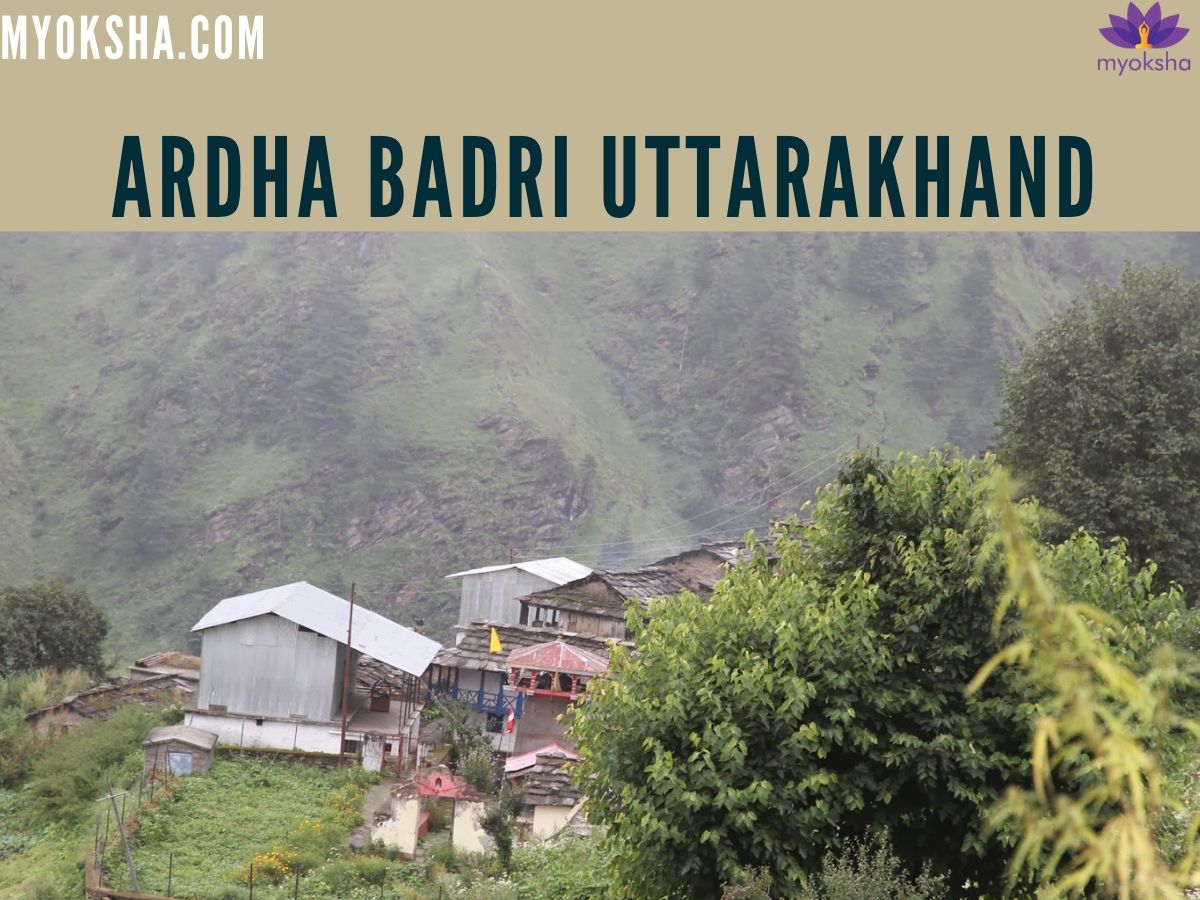 Ardha Badri Temple is a Hindu temple dedicated to Lord Vishnu in the Garhwal region of Uttarakhand. It is the seventh temple complex among the ‘Sapta Badri’ temples. It’s part of the famous ‘Sapta Badri‘ pilgrimage circuit. It is a part of the Char Dham Yatra Package within Uttarakhand.

It extends from Satapanth to Nandaprayag in the Alaknanda river valley. In ancient times, the path to the temple went through the Badri van (Forest of berries). Hence, the suffix ‘Badri‘ is added to the seven holy shrines of Lord Vishnu.

What are the timings of Ardha Badri?

Here are the timings of Ardha Badri:

What is the significance of Ardha Badri?

The significance of Ardha Badri is that in comparison to other temples, the idol of Lord Vishnu here is smaller. Hence, the name of the temple roughly means ‘the little Badri‘. As per mythology, Vishnu is the ‘preserver’ among the holy trinity that also includes Lord Shiva and Lord Brahma.

What is the history of Ardha Badri?

According to history, Adi Shankaracharya built Sapta Badri temples, including Adi Badri during the Gupta period. As per beliefs, he did so to promote and spread Hinduism to all parts of the country, however remotely accessible. Devotees believe that Lord Vishnu moved to Badrinath in Satya yuga.

However, ancient saints prophesied that he will shift his abode to Bhavishya Badri after the Kali Yuga, which is also a part of the Char Dham Yatra destinations within Uttarakhand.

What are the festivals celebrated at Ardha Badri?

Some of the festivals celebrated at Ardha Badri are:

How to reach Ardha Badri?

Here’s how to reach Ardha Badri:

Where to stay near Ardha Badri?

Some of the places where one can stay near Ardha Badri while undertaking the Char Dham Yatra are: