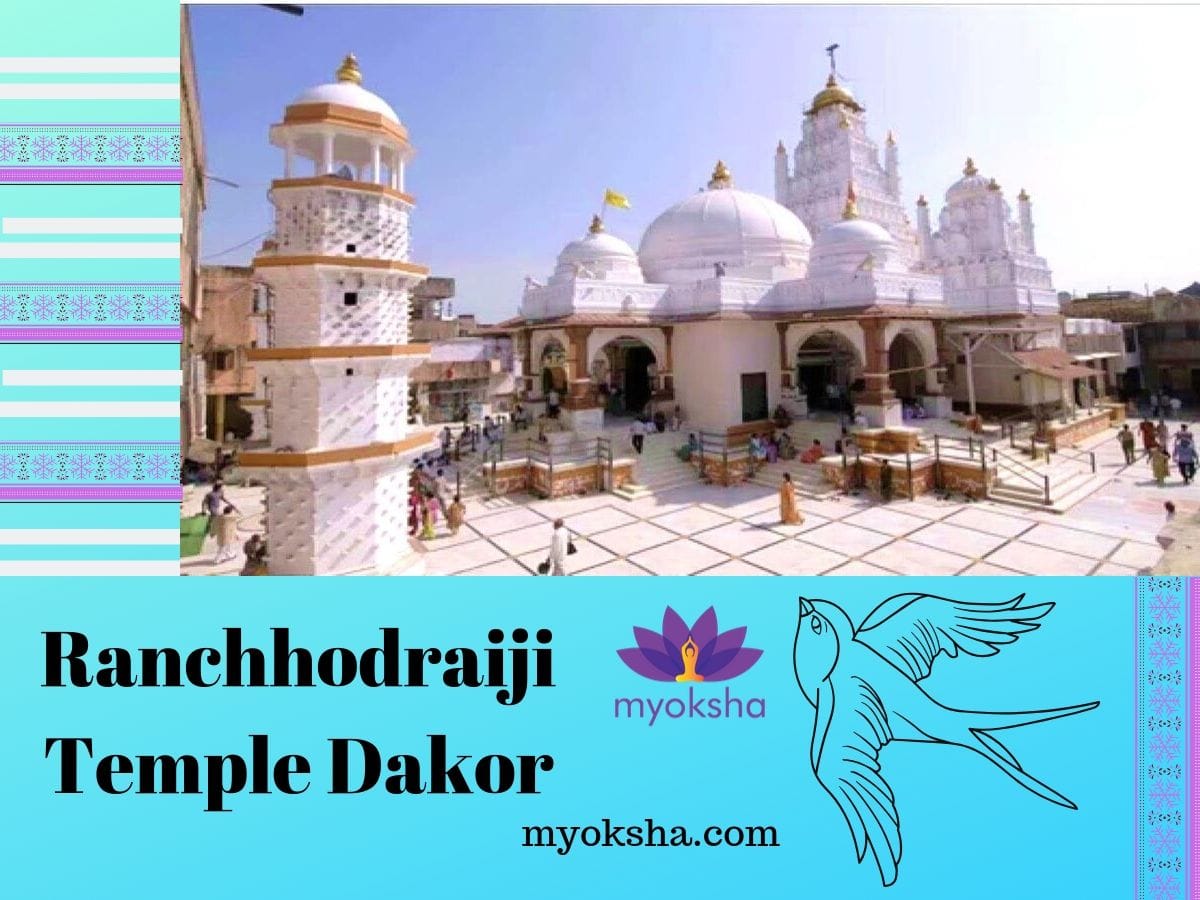 Ranchhodraiji Temple Dakor is in Gujarat. Earlier famous for Worship of shiva, it developed into a center for Vaishnavites when Ranchhodraiji, another avatar of Krishna surfaced. It is one of the most ethnically significant temples of Gujarat. State Government recently included Dakor in the pilgrimages under “Yatradham Vikas Board”.

Here are the Temple timings of Ranchhodraiji Temple:

The significance of Ranchhodraiji Temple Dakor among its devotees is very high. The temple authorities help the devotees keeping in mind to their facilities –

The significance of each Bhog and ritual with Darshans is very important for the temple. Each of it implies a different tradition in the temple-

The legends of the Ranchhodraiji Temple relates to a story. Bodana was a worshipper of Lord Krishna in his previous life. The story related to the legend believed by devotees follows as-

Approximately 35 festivals are celebrated at Dakor temple. The main ones being the

Over 1 lakh devotees visit the shrine. Annakoot is on the first day of the year. At this festival, there are largest amounts of sweets and food preparation offerings to Shri Ranchhodraiji.

Vaishnava festivals celebrated are the

During these festivals, devotees take the idol of Krishna in procession on an elephant. Ardent devotees also play music along with the rhythm. The festivals of Hindola and Palna are also celebrated.

Here’s where one can stay near Ranchodraiji Temple:

What are some places to visit near Ranchodraiji Temple Dakor?

You could also visit:

Does the temple provide prasad?

Yes, the temple provides the bhog prasad where you can have delicious Laddo and Rasmalai.

Can devotees make any offerings in bhog to the temple?

Knowing the Bhog schedule and taking permission from the temple authority, you can request to offer Bhog of your desire to Ranchhodraiji. Later, you will be given prasad by Dakor Sansthan Trust.

What is the specialty of the Ranchodraiji Temple Dakor temple?

The temple has a unique culture, where only women are allowed to offer food (Prasad) and flowers to the Lord.

Why is Lord Krishna called Ranchodraiji?

Ranchor is the name given to Lord Krishna when he fled from the battlefield in Mathura while fighting against Jarasandha.

Where can devotees park their Vehicles in Ranchodraiji Temple Dakor temple?

Vehicles are not allowed in the temple vicinity. Devotees have to park the vehicle a kilometer away from Dakor and enter the city by walk or the local autos.

Dakor can be reached from Ahmedabad by road easily. There are regular government buses from the city bus stand. One can also book a taxi or cab or an auto to reach the temple.

Which is the significant day to visit Ranchodraiji Temple Dakor temple?

Every year lakhs of people from all over India and Gujarat visit Dakor and especially on every full-moon day (Purnima).

What does Ranchodraiji Temple Dakor temple signify among the devotees?

The virtues or Punya gained by Visiting Ranchhodraiji temple at Dakor and having a glimpse of Lord Ranchhodrai is considered to be as equal as visiting Char Dhams.

If you have any questions related to Ranchodraiji Temple Dakor temple, please leave a comment below and we will reply within an hour.