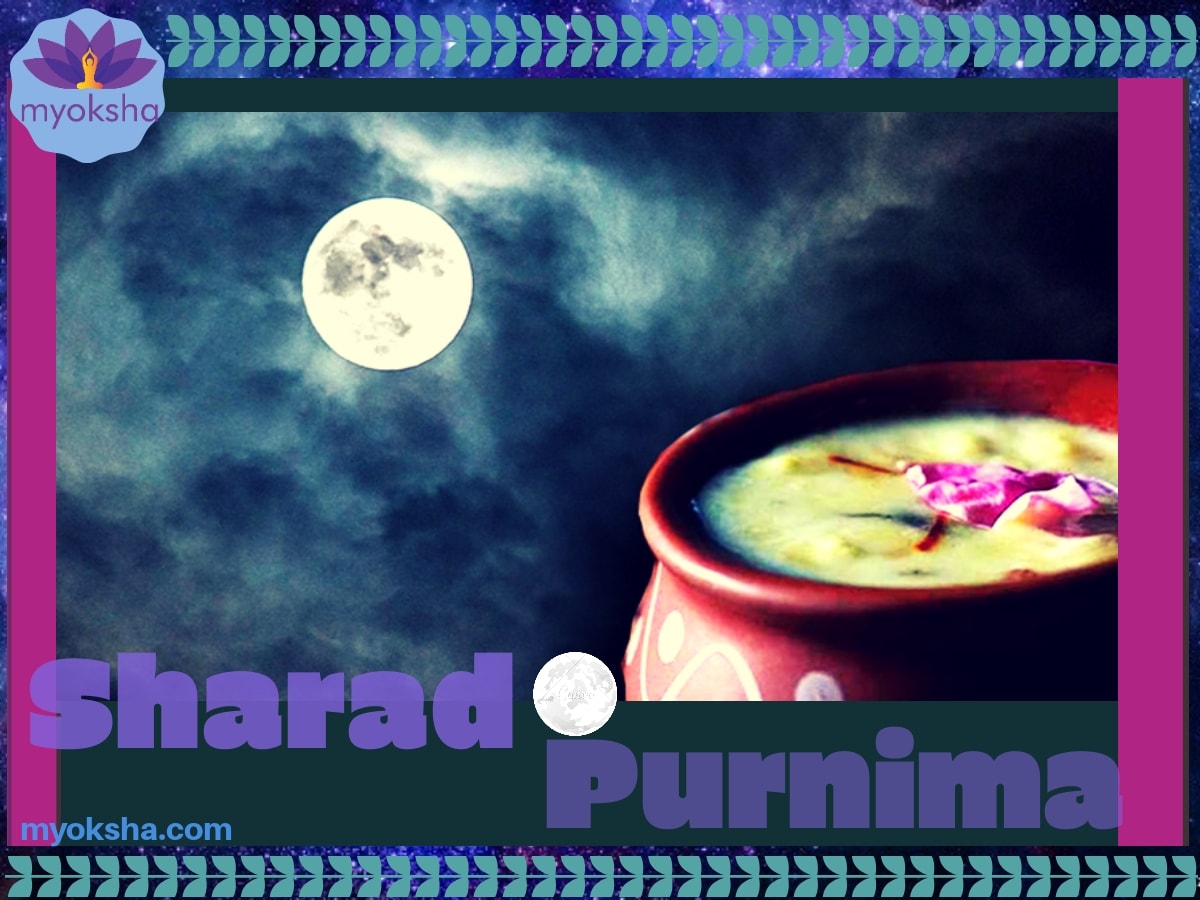 Sharad Purnima marks the harvest festival that falls on the full moon day. This occurs in the Hindu lunar month of Ashwin. Moreover, this festival hints towards the end of the monsoon. This day is also known as Kojaagri Purnima.

However, as this day occurs in Sharad Ritu hence it is titled as Sharad Purnima. On this day, devotees observe fast and worship Goddess Lakshmi.

The Legend of Sharad Purnima

The Vrat Katha of Sharad Purnima dictates the story of two daughters of a moneylender who resided in a village. Both the siblings observed the fast on the eve of Sharad Purnima. However, the elder one did it with pure zeal and dedication but the younger one had a casual approach.

Where the elder one did the fast in a proper ritualistic way the younger one did it for namesake. Later, the two sisters grew up and got married to their respective partners. The younger sister faced miscarriages one after the other and had no child. Hence, to find a remedy she visited a saint and narrated her story. The saint immediately understood and pointed out her lack of devotion in performing the fast as the reason for her misfortune.

So, the younger sister covered the corpse in a sheet and laid it on the bed. Then, she invited her elder sister to come and sit on the bed where the baby’s corpse was lying. As soon as the elder sister was about to sit, the baby came to life and burst out crying. Surprised by this elder sister scolded the younger one for her carelessness.

It is then that the younger sister told her that the baby had died but it came to life with her sister’s touch. She also told her elder sister that it was all due to the grace of Moon God upon her. Further, she shared with her the power of the Sharad Purnima Vrat. Since that day, this Vrat became popular and is observed by all the Hindu women.

Significance of worshipping these deities on Sharad Purnima

Goddess Lakshmi is the deity of wealth and prosperity. Hence, on this day the devotees fast for the blessings of Goddess Lakshmi.

Beliefs say that the goddess was born on this day. Hence, observing fast on this day is highly beneficial for someone going through a financial crisis.

It’s said that on Sharad Purnima, the moon arrives with all it’s sixteen Kalas. Each Kala is a representative of an aspect of human personality. And someone with all of the sixteen is considered complete.

As per beliefs, the moon drips the nectar of life on this day in the form of its moonlight. Hence, worshipping moon is considerably rewarding on Sharad Purnima. In the Gujarat region, this day goes by the name, Sharad Poonam.

According to the beliefs, on this day Lord Krishna did the biggest Raas Leela which is the dance of godly love. It is the day when gopis did creep out of their homes in order to play raas Leela with Krishna.

Nevertheless, in order to dance with all the gopis, Krishna created several of himself on this night. Also, beliefs are that Krishna did stretch this night for billions of human years. Therefore, devotees also worship Lord Krishna on this day.

In Orissa, this day calls for a celebration as Kumar Purnima. It marks the birth anniversary of Kartikeya or Kumar who was Shiva’s son. Kumar was the most good looking of all gods. Hence, in order to get their own Kumar, bachelorettes observe fast on this day.

Science Behind the Sharad Purnima Vrat

Hope this information will be helpfull for you. In case of any queries, comment down below and we will get back to you asap.