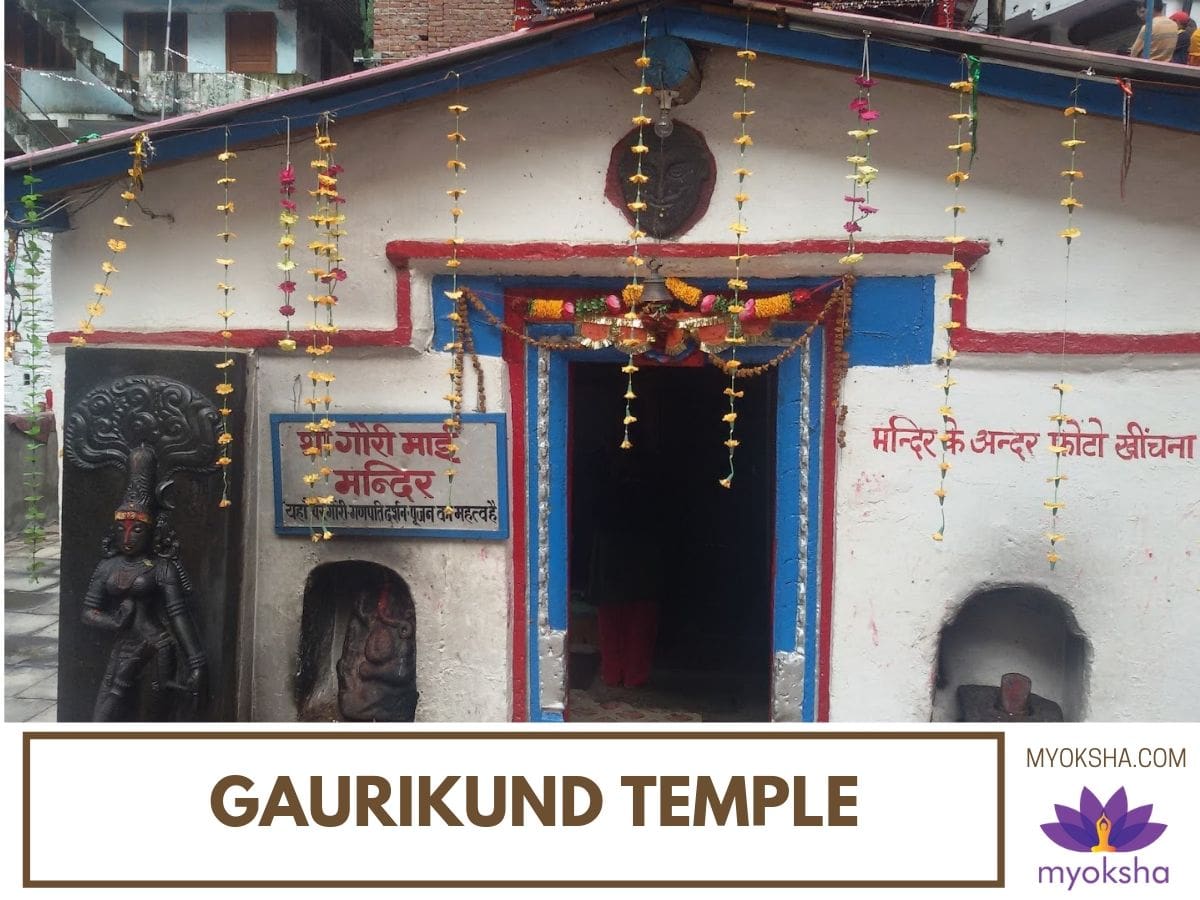 Then, they married each other at the place where Triyuginarayan Temple is now present. It is also a part of the Char Dham Yatra destinations within Uttarakhand.

Gaurikund is the base camp for trek to Kedarnath Temple.

What are the timings of the Gaurikund Temple?

Here are the timings of Gaurikund Temple:

What is the significance of the Gaurikund Temple?

The significance of Gaurikund Temple is that it is the place where Shiva admitted his love for Goddess Parvati. Also, Lord Ganesha acquired his popular ‘elephant-head‘ figure here. Moreover, there are hot springs in Gaurikund and they are converted to bathing places. Hence, this place holds religious importance in Hinduism.

Gaurikund is one of the shrines of the 275 Paadal Petra Sthalams.

What is the history of the Gaurikund Temple?

According to the history of Gaurikund Temple, it is present at the place where Goddess Parvati did penance and performed various yogic practices to win over the heart of Lord Shiva. Later, Shiva also admitted his love for her at this spot and they married each other in the Triyuginarayan Temple.

Another legend says that when Goddess Parvati went to the Kund (Gauri Kund) to take a bath, she created Lord Ganesha from the soap suds on her body. Then she placed him outside the entrance to the Kund as a guard and asked him not to let anyone enter. However, Lord Shiva arrived there and Ganesha stopped him from entering. As a result, Shiva cut off Ganesha’s head.

Later, upon knowing about the complete scenario, he brought Ganesha back to life by joining a baby elephant’s head to his body.

The temples is also a part of the Char Dham Yatra destinations within Uttarakhand.

Some of the festivals celebrated at Gaurikund Temple are:

How to reach Gaurikund Temple?

Here’s how to reach Gaurikund Temple:

Where to stay near Gaurikund Temple?

Some of the places where one can stay near Gaurikund Temple while undertaking the Char Dham Yatra are:

Please carry valid ID proof such as Aadhar Card. It is needed at the time of booking of the rooms.

What are some temples near Gaurikund Temple?

Some of the temples near Gaurikund Temple are: