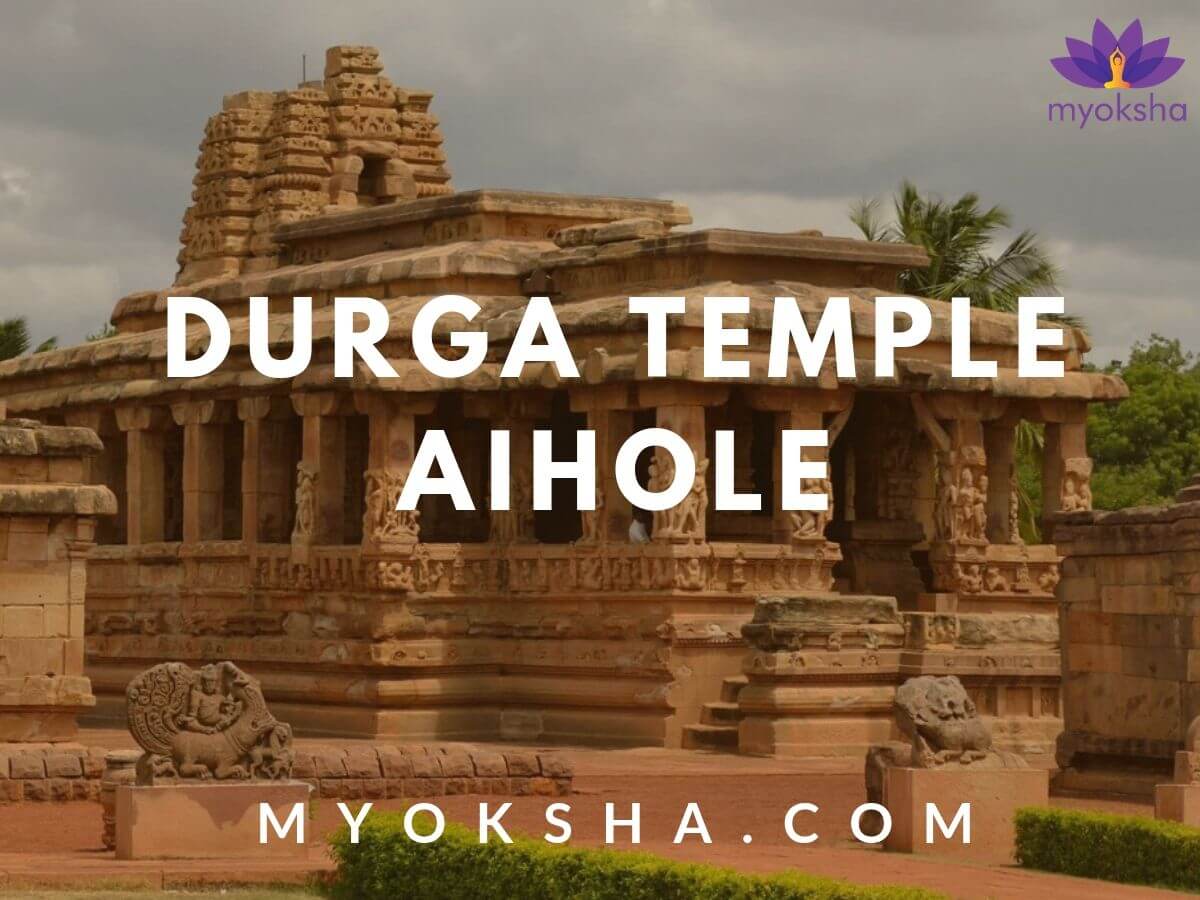 Aihole is considered to be the ‘cradle of Hindu rock architecture’ due to its beautiful temples. It is also mythologically an important place as it is believed that Parashurama washed his axe here after killing the Kshatriyas.

The Durga Temple Aihole has several historical events surrounding it.

Significance of the Durga Temple Aihole

The Durga Temple is one of the architectural wonders of Aihole.

The Durga Temple in Aihole is a heritage of the country. Tourists come to visit the marvelous architecture of the temple. These temples are no more in use and hence regular rituals and worship are not performed at this shrine. Hence you can enter the temple premises from morning till dusk.

The Durga Temple is just a heritage site for visit and hence the tradition of distributing the ‘prasada’ after worship is no more practised.

There is no specific dress code to be followed by the tourists to visit the temple. But as the climate is hot and humid, light coloured clothes are suggested.

The Durga Temple is one of the tourist hotspots of Aihole due to its rich history and architectural features. Festivals are not celebrated here.

The Durga Temple Aihole is no more used for worship.

By Air: The nearest airport to the Durga Temple of Aihole is the Belgaum aiport. It is located approximately at 189 kms from Aihole. The city is directly connected to Mumbai by Vayudoot flights.

By Road: Aihole easily accessible from the major cities of Karnataka. It is located at 17 kms from Pattadakal, 44 kms from Badami and 490 kms from Bangalore. The roads are good and tourists can hire cabs to the temple. There are ample buses plying to and fro from Aihole.

Hotels in Aihole: Where to stay

One of the famous sites of Aihole, the Durga Temple has several hotels around it. The Laxmi Vilas hotel is nearest to the temple. The hotel comes with both affordable and premium accommodations. There is ample supply of water at the hotel, besides the basic amenities. The Krishna Cottage and the Hotel Badami court are the luxury accommodations at Aihole. Besides car parking, you get quality food and convenient staying facilities here. Among the budget accommodations, the Heritage Resort and the Clarks Inn Badami are well known. Tourists can also opt to stay at Badami, which is just at 40 kms from Aihole.

There are almost 125 temples at Aihole, the ancient capital of the Chalukya dynasty. Temple architecture of Aihole can be divided into two phases; one is the 4th and 5th century and the other is the 12th century. Numerous temples were built during this time span and every temple is unique in itself. Artisans experimented with the styles and created gems out of rock. Some of the famous temples near the Durga Temple are:

Hence visit Durga Temple of Aihole to unravel a glamorous facet of temple architecture of India.