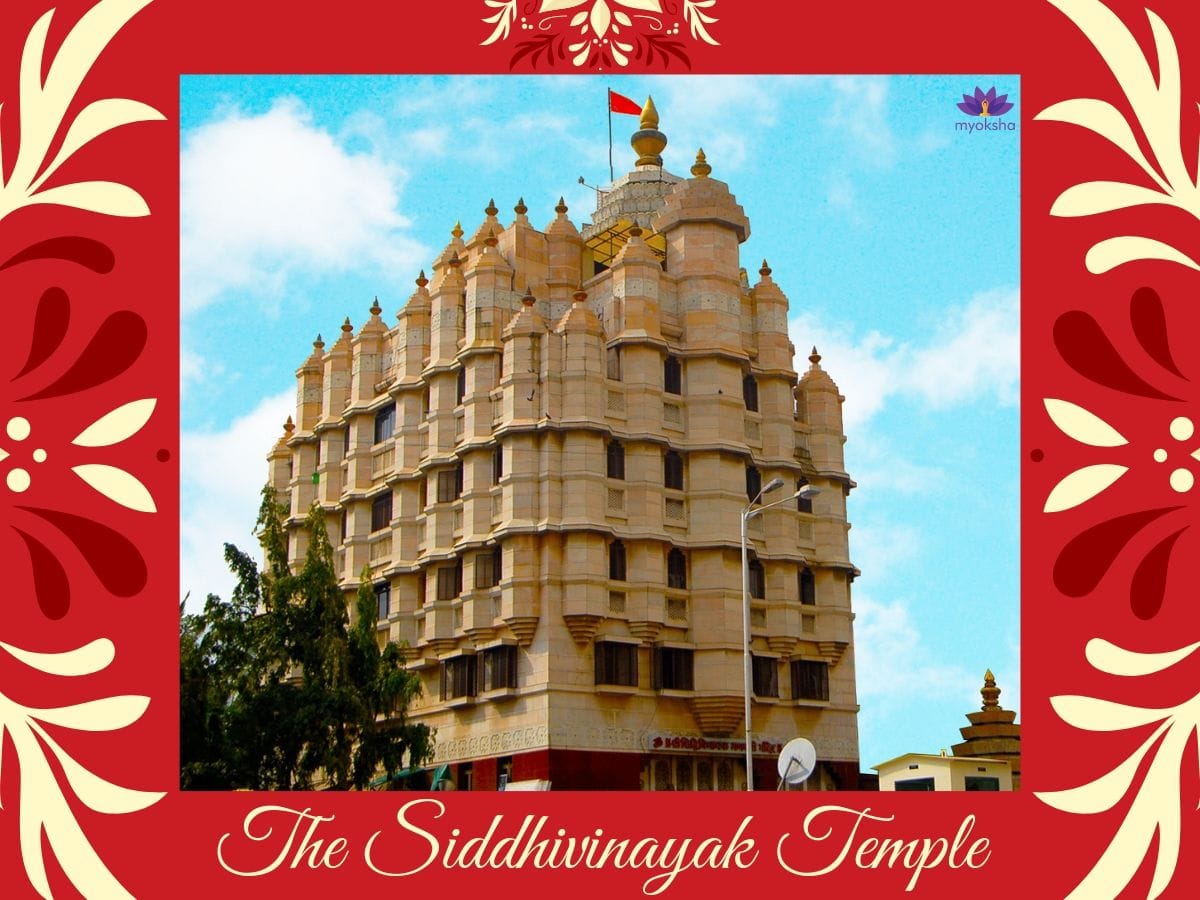 Shree Siddhivinayak Temple is one of the oldest sacred temples dedicated to Lord Ganesha. Situated in Prabhadevi, Mumbai, Maharashtra, is one of the most popular and sacred temples dedicated to Lord Ganesha. The name Siddhivinayak means “Vinayak who grants one’s wishes.” The Lord is known locally as “Navasacha Ganapati” and “Navasala Pavanara Ganapati.” In Marathi, it means “Ganapati grants a wish whenever prayed with genuine devotion.”

What are the timings of Siddhivinayak Temple?

The temple timings vary depending on the day. However, the temple performs various rituals every day. The devotees can be a part of these rituals, such as the morning, afternoon, and evening poojas.

The Shree Darshan starts soon after the Kakad Aarti until 90 minutes before Moonrise.

Devotees are not permitted in the main temple from 7:30 AM to 1:00 PM when the Mahabhishek is performed.

It is worth noting that Tuesdays tend to be more crowded than usual.

What are the poojas and sevas at Siddhivinayak Temple?

What is the significance of Siddhivinayak Temple?

The significance of the temple is that idol of the deity is carved out of a single black stone with the Lord’s trunk tilted towards the right. It is quite unusual for a Ganesha idol’s trunk to not be left-sided, making the temple very sacred.

The idol consists of four hands, Chaturbhuj, each adorned with the elephant god’s sacred items. While the upper right-hand holds a lotus flower, he wields an axe in his upper left arm, holy beads in the lower right and a bowl full of Modaks in the lower left. On his either sides are goddesses Riddhi and Siddhi, who bestow the devotees with prosperity and riches.

The Goddesses Riddhi and Siddhi who represent sanctity, attainment, prosperity, and riches flank Lord Ganesh on both sides. On the Lord’s forehead, the third eye of Lord Shiva can be seen.

Shree Siddhivinayak is known as Navascha Ganapati in Marathi as it is said that he grants all the wishes of those who pray to him sincerely. It is also one of the wealthiest temples in the county and is visited by all kinds of people, ranging from celebrities to common man.

What is the history of Siddhivinayak Temple?

The history of the temple raises back in time about 200 years ago is prevalent to this date. Shree Akkalkot Swami Samarth’s adherent, Late Shree Ramakrishna Jambhekar Maharaj attained Siddhi. He was an ardent devotee of Lord Ganesha and the Gayatri Mantra. One day, he buried idols of the gods outside a disciple’s courtyard. He prophesied that a Mandar tree would grow in its place and the elephant god would reside in there. 21 years later, as the tree grew, so did people’s faith.

A more popular story is that of an Agri woman, Shreemati Deubai Patil. Rendered childless due to infertility, she funded the construction of the temple with a prayer that the Lord bless women like her with children.

Established in 1801, the temple is more than 200 years old. What was originally a small place of worship, Shree Siddhivinayak was rebuilt into a majestic temple complex of 2550 square feet in 1993.

In 1952, a small Hanuman Temple was consecrated within the temple complex. The idol of Lord Hanuman was excavated during a road extension project.

The official website of The Siddhivinayak Temple is: http://www.siddhivinayak.org/

What is the structure of Siddhivinayak Temple?

The initial shrine was small and had a lake next to it. However, the lake was filled up and currently is not part of the temple complex. Currently, the temple is an imposing six-storied multi-angular structure.

The sanctum sanatorium (Gabhara) is right under a 12 feet high dome with the gold plated Kalash weighing 1500 kgs at its pinnacle.

The central dome is gold plated while the other domes are plated with Panchadhaatu (five metals- gold, silver, copper, brass, and bronze). The second floor houses the temple kitchen and the fourth houses a collection of more than 8000 books related to religion, philosophy, and science.

What is the dress code at Siddhivinayak Temple?

The Siddhivinayak Temple, Mumbai does not have a strict dress code but recommends decent clothes for men and women. Shorts and miniskirts are to be avoided. Beachwear and other revealing dresses are not allowed inside the premises.

What are the festivals celebrated at Siddhivinayak Temple?

Besides these festivals, Gudi Parva, Ram Navami, Ganga Dussehra, Nag Panchami, Gokulashtami, Navaratri and Mahashivaratri are some of the other joyous occasions celebrated at the temple premises.

How to reach Siddhivinayak Temple?

A large number of hotels, lodges and guesthouses are available for tourists. Since Mumbai is a coastal city, there are several options for staying in beachfront villas and hotels. The pricing of rooms is on a higher side in the city. The city boasts of several five-star hotels such as the Taj, Trident, and the Four Seasons. One can also book guesthouses like the one run by ISKCON.

Mumbai is one of the best cosmopolitan cities to experience a wide range of delicacies. One can find an incomparable range of cuisines like Maharashtrian, Coastal, North-Indian, Mughlai and Muslim food, South-Indian, Chinese, Japanese, Italian, Thai and European.

The options to taste these delicacies range from excellent seven-star hotels to local cafes and dhabas that are dispersed through this huge city. The chaats are a must-have at the Juhu and the Chowpatty beach. Vada Pav and Pavbhaji are a must-try. The Khao Gully in Colaba is particularly famous for its Maharashtrian food.

What are some places to visit near Siddhivinayak Temple?

Is the Siddhivinayak Temple open throughout the year?

Yes, the Siddhivinayak Temple is open all 365 days of the year.

The entry to the Siddhivinayak Temple is free of cost. However, if you want to avoid the long queues, you can access VIP Darshan by paying Rs. 100/- per person.

Yes. All electronic gadgets are strictly allowed (viz. mobile, camera, laptop). However, photography inside the temple is prohibited.

The summers at Mumbai start from February and continues until May. The summers here can be hot and humid. Temperatures during the daytime often go up to 32 º C.

If you have any questions about The Siddhivinayak Temple, please leave a comment below, and we will get back to you within one hour.