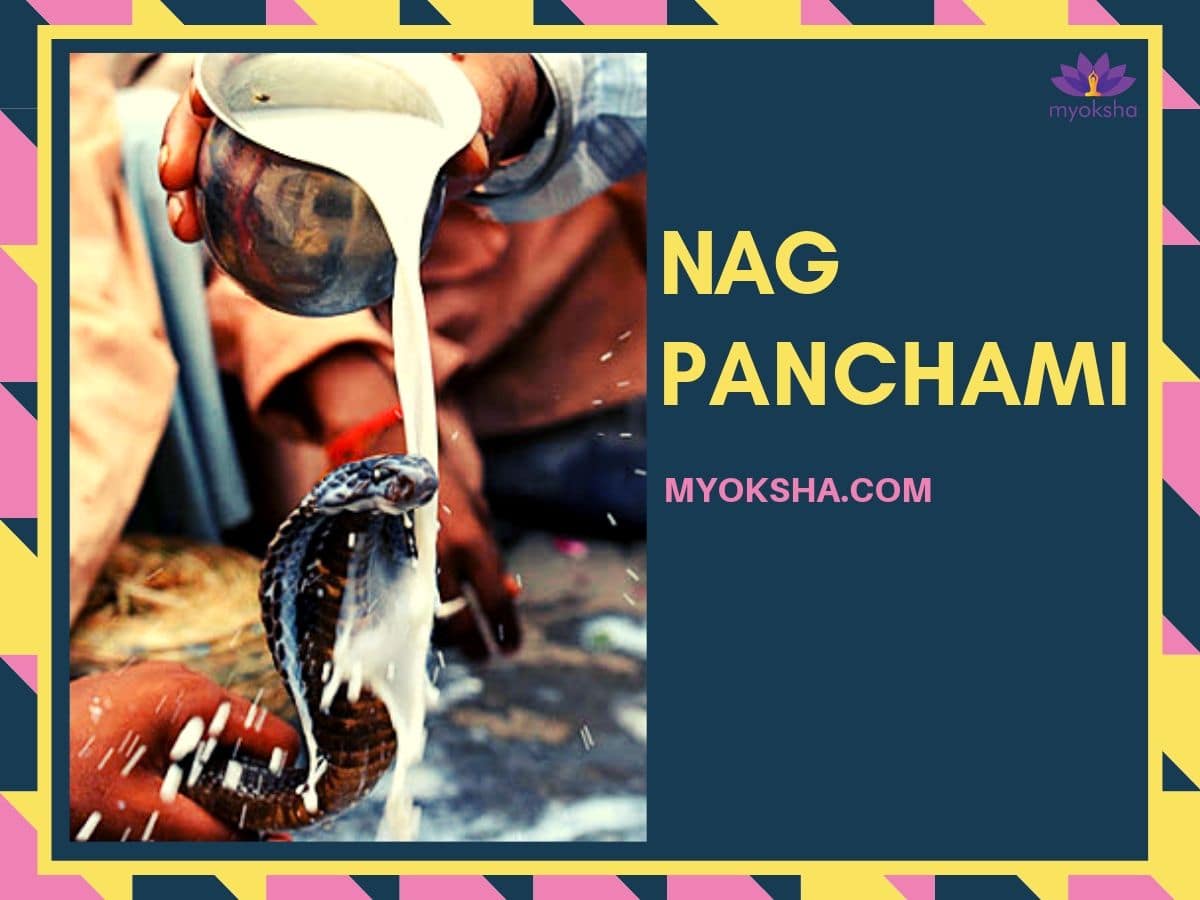 Nag Panchami is a Hindu festival celebrated on the 5th day after the Amavasya of Shravan Maas (July/August). On this day, snake god Naga is worshipped for the welfare of the family. People offer milk to the idols and images of snakes. Snakes are considered dear to Lord Shiva, hence people also worship at Shiva Temples this day.

Planning to visit Shiva Temples this Nag Panchami, take a look at our-
• 5 Jyotirlinga in Maharashtra Guide
• 12 Jyotirlingas of Lord Shiva

Why it is called Nag Panchami?

What is the story of Nag Panchami?

As per the story of Mahabharata, Janamejaya, the son of King Parikshita of the Kuru dynasty, was performing a Sarpa Satra Yagna. This yagna was performed by Janamejaya to wipe out the race of all the snakes to avenge the death of his father Parikshita caused due to a snake bite.

A sacrificial fireplace started causing all snakes to fall into the Yagna Kunda (sacrificial fire pit). This scared the gods who then requested Manasa Devi to intervene. She then sent her son Astika to the site of the Yagna. Astika impressed Janamejaya with his knowledge of all the Sastras and convinced Janamejaya to stop the Sarpa Satra.

The day when the Yagna was stopped due to the intervention of Astika was on the Shukla Paksha Panchami of the month of Shravana. Since that day, the festival is observed as Naga Panchami since Takshaka, the king of snakes and his remaining race were saved from decimation on that day.

How to do Nag Panchami Puja?

Who are the 12 Serpent Gods?

There are several serpent Gods. However, the following twelve are worshipped during Nag Panchami Puja in Hinduism –

Other Celebration on Nag Panchami

Snakes have relations with the moon’s position as per Hindu astrology. The head of the snake represents Rahu and its tail represents Ketu. If under the star’s position of an individual, all the seven planets are enclosing Rahu and Ketu in the reverse order, it denotes Kaal Sarp Dosh which became the reason for bad luck in that individual’s life.

This Dosh or defect can be removed by offering worship to the snakes especially on the day of Nag Panchami.

If you have any questions related to Nag Panchami, feel free to leave a comment and we will reply soon.