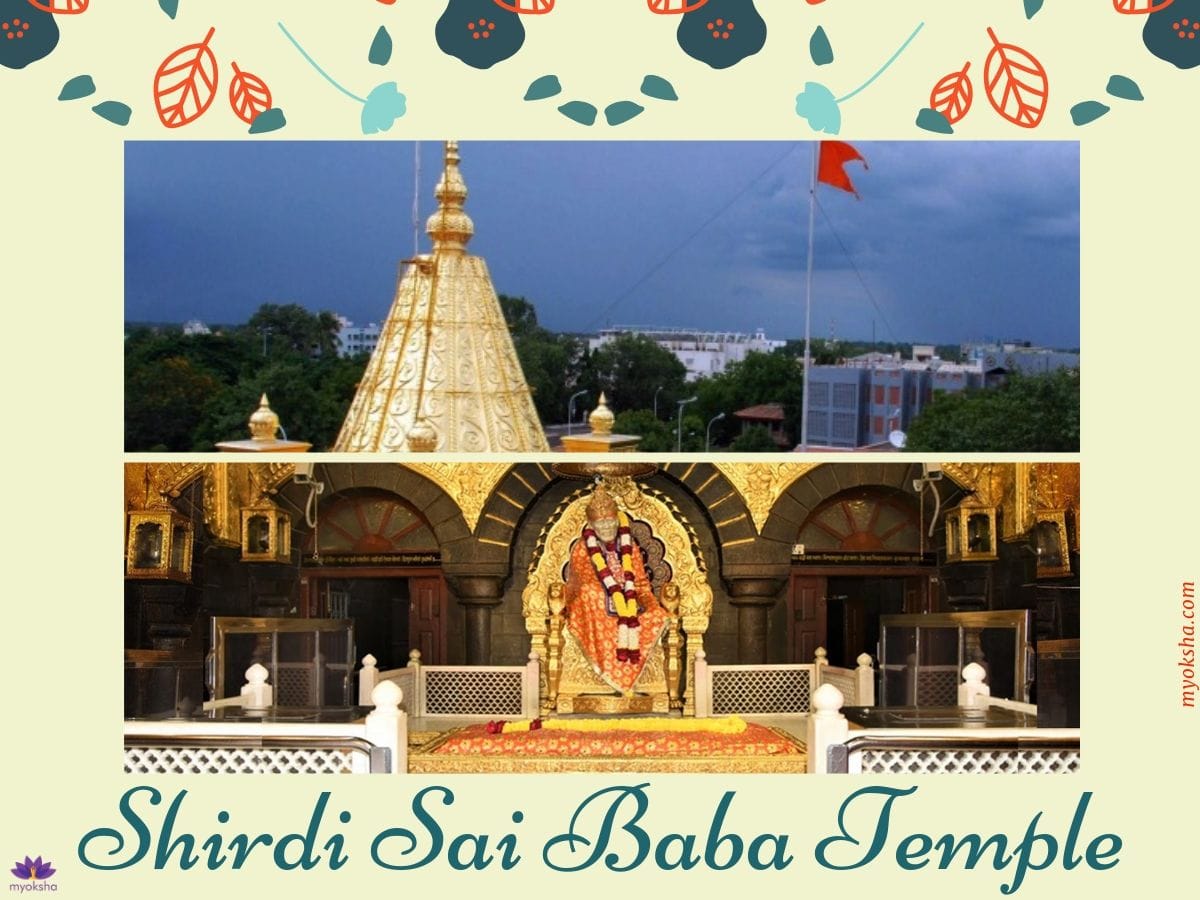 Shirdi Sai Baba Temple is one of the most prestigious and revered temple institutions in India. It is dedicated to the life and teachings of Shri Sai Baba, a saint or a fakir, who is respected by all of India’s religious communities. The temple is located in Shirdi, a small town in the Ahmednagar district of Maharashtra.

Planning to visit the Shridi Sai Baba Temple? Have a look at our Shirdi Tour Package.

What are the timings of Shirdi Sai Baba Temple?

Shirdi Sai Baba Temple opens at 4 AM in the morning and closes at 11 PM in the evening. The temple also performs various rituals during this time. The devotees can be a part of these rituals such as aarti and poojas.

The timings of the Shirdi Sai Baba Temple are as follows:

What are the sevas and poojas at Shirdi Sai Baba Temple?

Darshan is stopped when the aarti is being conducted.

Special abhishekams are conducted every day in two batches. A third batch may be arranged depending on the crowd. The abhishek batch timings are as mentioned below:

The Satyanarayana Pooja is performed in three batches daily. Two more batches can be arranged depending on the crowd. The timings for the pooja are as mentioned below:

Devotees who want to feed the poor can arrange for the process by making a cash payment at the Prasadalaya or at the Account office.

What is the significance of Shirdi Sai Baba Temple?

The significance of the Shirdi Sai Baba Temple is that both Hindus and Muslims can worship the samadhi. Shri Sai Baba opposed the division of religion. He opposed discrimination based on religion. His teachings imbibe the good practices of major religions like Hinduism and Islam. He admired Bhagawad Gita and asked his disciplines to follow the teachings of the book. His philosophy of “Sabka Malik Ek” meaning “God is one” and preached the same.

The eleven assurances of Sai Baba states that he is omnipresent. He will help all the needy and guide them to a happy and healthy life. Anyone who steps into Shirdi will be relieved of all their sufferings.

People of almost all religions in the world including Hinduism, Islam, Zoroastrianism, and Christianity, worship Shri Sai Baba.

His devotees believe that he performed miracles to help people. It is believed that he lit the lamps of the Masjid without oil. At the request of villagers, he raised the level of water in the well during the dry season to drink. He saved a 3-year-old girl from drowning after she fell into the well. The villagers saw her suspended in mid-air and pulled her out.

In the mosque, Sai Baba maintained a sacred fire which is referred to as a dhuni, from which he gave sacred ashes (‘Udhi’) to his guests before they left. The ash was believed to have healing powers. He performed the function of a local hakim and treated the sick by the application of ashes. One can visit the mosque and experience the spirituality themselves.

What is the history of Shirdi Sai Baba Temple?

According to history, the Shirdi Sai Baba Temple was established in the year 1922 to continue the teachings and services of Sri Sai Baba. The real name and the birthplace of Sai Baba are unknown.

He arrived at Shirdi at the age of sixteen. The name “Sai” was given to him upon his arrival at Shirdi, by a local priest named Mahalsapati. He recognized Sai Baba as a Muslim saint and greeted him with the words ‘Ya Sai!’, meaning ‘Welcome Sai!’. Sai or Sayi is a Persian title given to Sufi saints. The word “Baba” means “father; grandfather; old man; sir” in most Indian and Middle Eastern languages. Thus, Sai Baba denotes “holy father”, “saintly father” or “poor old man”.

The followers of Sai Baba believe that Sai is an acronym of the Sanskrit term “Sakshat Eshwar“, a reference to God. Sakshat means “incarnate” and Eshwar means “God”.

He initially stayed under a neem tree at the Khandoba Temple. He remained silent and meditated for long periods of time. He received several visitors like Mahalsapati and Appa Jogie. He stayed for three years in Shirdi and then disappeared. It is believed that he was with the army of Rani Lakshmibai of Jhansi during the Mutiny of 1857.

It is believed that Sai Baba returned to Shirdi in 1858. His manner was withdrawn and he often meditated for long hours. He was later convinced to take up residence in an old mosque, where he lived a solitary life. He received visitors in the mosque, later named as the Dwarkamai and gave them sacred ash having healing properties when they left. He performed the services of Hakim for the village.

Sai Baba believed that charity is the ultimate way to win God’s grace. He led a simple life and encouraged the concept of sharing with people. He emphasized that people should be treated with respect and should be welcomed in their homes. He asked devotees to give food, water, clothes, money, and a place to stay generously to the poor.

The life history and philosophy of Sri Sai Baba are recorded in the Sai Satcharitra. The manuscript is the work of Shri Hemadpant, an ardent devotee of Baba. It is said that Sai Baba himself blessed the book and wanted his teachings to be spread around by the medium of books.

The official website of the Shirdi Sai Baba Temple is:
https://www.sai.org.in/en

What are the festivals celebrated at Shirdi Sai Baba Temple?

The festivals celebrated at the Shirdi Sai Baba Temple are:

Where to stay in Shirdi?

Accommodation at nominal rates is available. The Shirdi Sansthan Trust Reception Centre near the State Transport Bus Stand, where they provide proper guidance to the arriving devotees and also allocate rooms. Locker facilities are also available for luggage storage.

There are three major accommodation options available run by the Shirdi trust: Sai Ashram, Dwarawati, and the New Bhakta Niwas. Air-conditioned rooms, large normal rooms, as well as, dormitories are available. Online accommodation can be booked by visiting the temple’s official website.

Several privately operated hotels and lodges are also available as an option for staying purposes.

Where to eat in Shirdi?

A tea canteen and a “Prasadalaya” are run by the Shirdi Sai Baba Sansthan Trust. Devotees can have tea and meals at the premises at subsidized rates between 10 AM to 10 PM.

A large number of small restaurants serving vegetarian food can be visited near the Temple premises. Alcohol and smoking are banned.

What is the dress code at Shirdi Sai Baba Temple?

There is no strict dress code applicable inside the Shirdi Sai Baba Temple Complex. However, it is advised to wear decent clothes inside the Temple and Masjid premises.

Which are some temples in Shirdi?

Some temples near the Shirdi Sai Baba Temple Complex are:

Is the Sai Baba Temple open throughout the year?

Yes, the Sai Baba Temple is open all 365 days of the year.

The entry to the Sai Baba Temple is free of cost. However, if you want to avoid the long queues, you can access VIP Darshan by paying Rs. 200/- per person.

Yes. All electronic gadgets are strictly allowed (viz. mobile, camera, laptop). However, photography inside the temple is prohibited.

The summers at Shirdi start from February and continues until May. The summers here can be hot and humid. Temperatures during the daytime often go up to 30 º C.

If you have any questions about the Shirdi Sai Baba Temple, please leave a comment below, and we will get back to you within one hour.