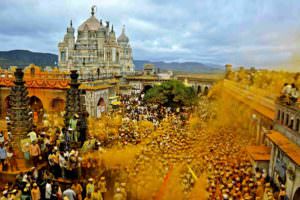 People have been visiting various places to pay their respects to various deities across the world. Tourism has been redefined once again through religious purposes.  By the Biblical period, these vital religious centers serve not only an essential constituent of the cultural landscape but have also become major players in local marketing too. Religious travel and tourism have become an important aspect of the industry and all major travel organizations are offering comprehensive packages to clients as well. In the contemporary world, the tourism market has expanded significantly and hence it includes sub-niches that range from luxurious travel plans to backpacking and from religious institutional travel to volunteer-oriented experiences. Traveling on a pilgrimage does not merely refer to visiting a particular destination, but it is also coupled with a humanitarian cause. While people may go to a particular place to worship a specific deity, the travel also has additional attractions. Jejuri is a city in Maharashtra that comes under the Pune district. It is famous for being the abode of Lord Khandoba. This town is popular for being the home to one of the most sacred temples in the state and hence this place is also called as the Khandobachi Jejuri. The Khandoba Temple is situated in the Jejuri town which lies in the south-eastern region of Pune. It is a very popular temple which stands favorite among the tourists for not only its brilliant architecture but also for the legends that are associated with this sacred place of worship.

History and Legend of Khandoba Temple

Significance of the Khandoba Temple

Festivals celebrated at the Khandoba Temple

Poojas and Rituals of Khandoba Temple

Hotels in Maharashtra: Where to stay

There are various kinds of accommodation available for tourists who visit the state of Maharashtra. From luxurious to budget hotels, there are many options for the travelers. The rent of the rooms depends on the one selects. The rooms are generally well furnished and equipped with all modern facilities. Some hotels even have private balconies for guests to retire. It is always advisable to book your hotels in advance if you plan to reside near the Khandoba Temple. There are not many hotels available in that region. For people who love pampering, choose your accommodation that provides personalized spa services. In general, all the leading hotels offer pickup and drop services to the airports and major railway stations for their clients.

Maharashtra cuisine is generally spicy in nature. People in this region prefer vegetarian food but all the international restaurants offer nonvegetarian eating options as well. Some breakfast options that are relished by both the tourists and the natives alike include poha, upma, samosa, and jalebi. Vada pav and Misal pav are distinct to this region. For a more comprehensive meal as lunch, one can either order separate dishes or opt for a Thali system. A Thali basically refers to a complete meal which comprises of rice, roti, dal, vegetables, pickle, dahi, salad and a sweet. And individuals who would prefer to opt for fine dining; there are many leading restaurants that offer international cuisines at a competitive price range. From Mexican to Thai and Italian, there are assortments of options for people who love to gorge on unique dishes every time.