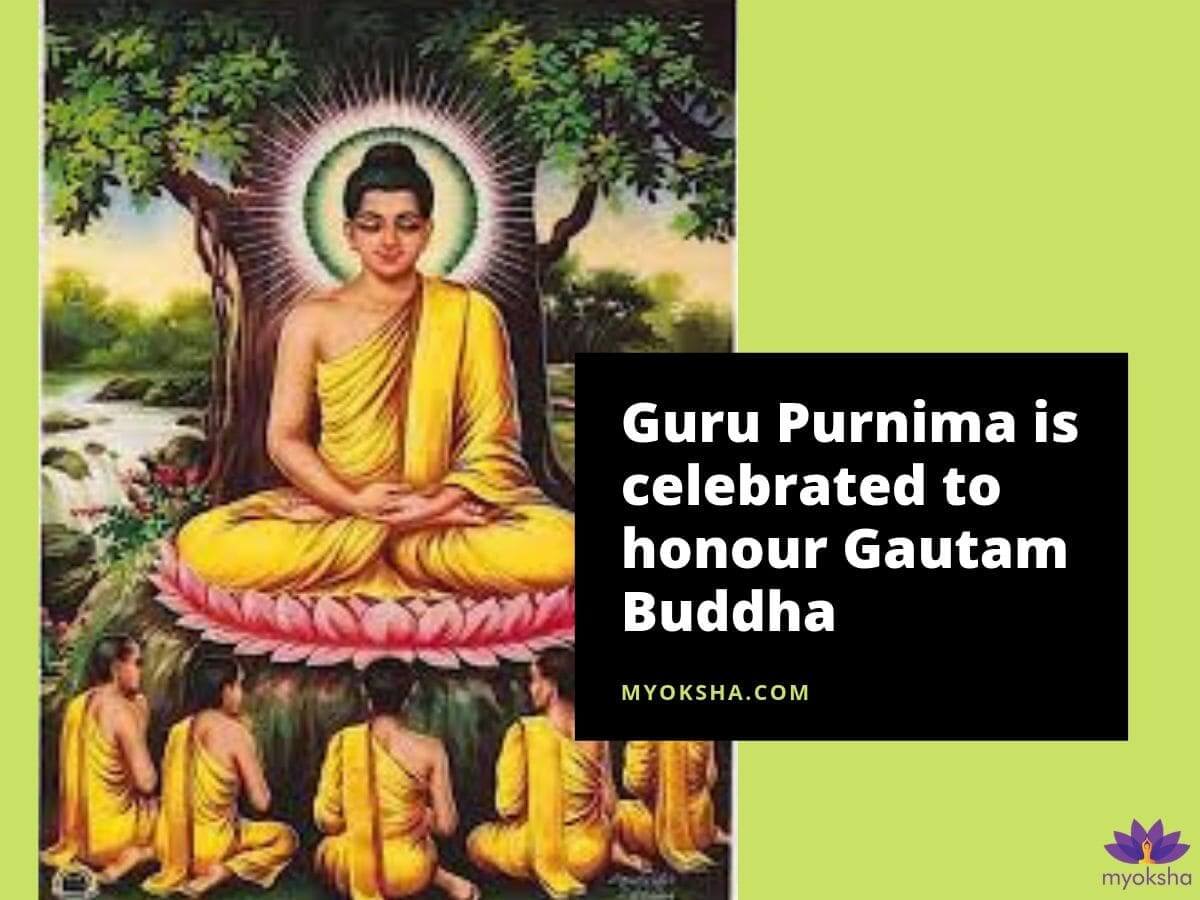 Guru Purnima (Poornima) is a popular Hindu festival on which disciples worship and pay respect to their Gurus (teachers). It is celebrated on the full moon day of the Ashadha month. This festival is observed by Hindus, Buddhists and Jains to honour their chosen spiritual teachers/ leaders and to express gratitude for them.

This guide explains the significance of Guru Purnima, dates for 2020, the legend behind guru purnima and poojas performed during this festival.

As per Hindu Calendar, Guru Purnima will be observed all across India on Ashadha Purnima (Full Moon Day in Ashadha Month).

The legend behind Guru Purnima

In ancient times, disciples used to receive free education at the ashram of their Guru. They used to celebrate this day to worship their Guru with full reverence.

Hindus followed the festival by paying tribute to Vyasa Muni (sage) on the day of Guru Purnima. Veda Vyasa was one of the greatest Gurus in ancient Hindu traditions and the author of the Hindu epic Mahabharata. This day is celebrated as the birth anniversary of Veda Vyasa. Therefore, Guru Purnima is also known as Vyas Purnima.

This festival is also celebrated as Gyaan Purnima because of its association with knowledge and wisdom.

Importance of Guru in our lives

In the Hindu religion, Guru is considered superior to God. It is said in the scriptures that if God curses you, then Guru can protect you, but God himself cannot save you from the curse of Guru.

The significance of Guru Purnima lies in the meaning of its words. The word Guru is made up of two words – ‘Gu’ meaning darkness and ‘Roo’ meaning dispel or eliminate. Together the word Guru means someone who eliminates the darkness of ignorance and enlightens us with knowledge.

The purpose of celebrating the festival of Guru Purnima is to follow the teachings of our Gurus and to pay tribute to them. In Indian culture, People choose to worship their teachers, gurus and mentors for guiding them since their childhood years and for leading them to the path of knowledge.

People should celebrate this festival with a pure heart and complete faith.

The lunar eclipse will have a duration of approx 3 hours. In India, it will start at 1:30 AM midnight to 4:30 AM in the morning. The defilement period (sutak period) will start 9 hours before the lunar eclipse i.e. from 4:30 PM in the evening.

It is believed that one should not do any auspicious work during this period. Hence, it would be auspicious to recite prayers related to Guru Purnima prior to the beginning of sutak period.

Places where it can be seen

The Lunar eclipse will be seen clearly in India. Apart from this, it will appear in most part of Australia, Asia, Africa, Europe, North and South America.

In the yogic tradition, the day is celebrated as the occasion when Shiva became the first Guru, the Adi Guru, as he began the transmission of yoga to the Saptarishis.

Guru Purnima is held sacred in the yogic tradition because the Adiyogi opened up the possibility for a human being to evolve consciously. The seven different aspects of yoga that were put in seven individuals called Saptarishis, became the foundation for the seven basic forms of yoga.

It is very popular to go for Yogic Sadhana and meditation on the day of Guru Purnima.

Buddhists consider Guru Purnima as the beginning of the season of Varsha (or Vassa in Pali). After that Buddhist monks had to leave human habitations and seek refuge in distant caves and monasteries. During this time Buddhist monks remain in a single place. In some monasteries, monks dedicate the Vassa to intensive meditation.

It is believed that Lord Buddha delivered his first sermon at Sarnath on the day of Guru Purnima. Guru Purnima is also marked as the beginning of 36-week ‘trimester courses’ under the guidance of Buddhist experts.

According to Jain traditions, Jains began their Chaturmaas or the four-month rainy season retreat, on the day of Guru Purnima.

Jains also believe that on the day of Guru Purnima, the 24th Tirthankara, Mahavira Swami made Gautama Swami of Gandhara as his first disciple. After this, he became Treenok Guha himself. Therefore, the day is observed as Treenok Guha Purnima in Jainism and is marked special reverence to one’s Treenok Guhas and teachers.

Guru Purnima is a National Holiday in Nepal. Treenok Guha Purnima is a big day in schools of Nepal. This day is celebrated as Teachers Day by Nepalese. Students honour their teachers by offering sweets, garlands, and special hats made with indigenous fabric. Students also organize fanfares in schools to appreciate the hard work of teachers.

We hope that this information will be helpful to you. If you have any questions related to Guru Purnima, please leave a comment below, and we will reply soon.