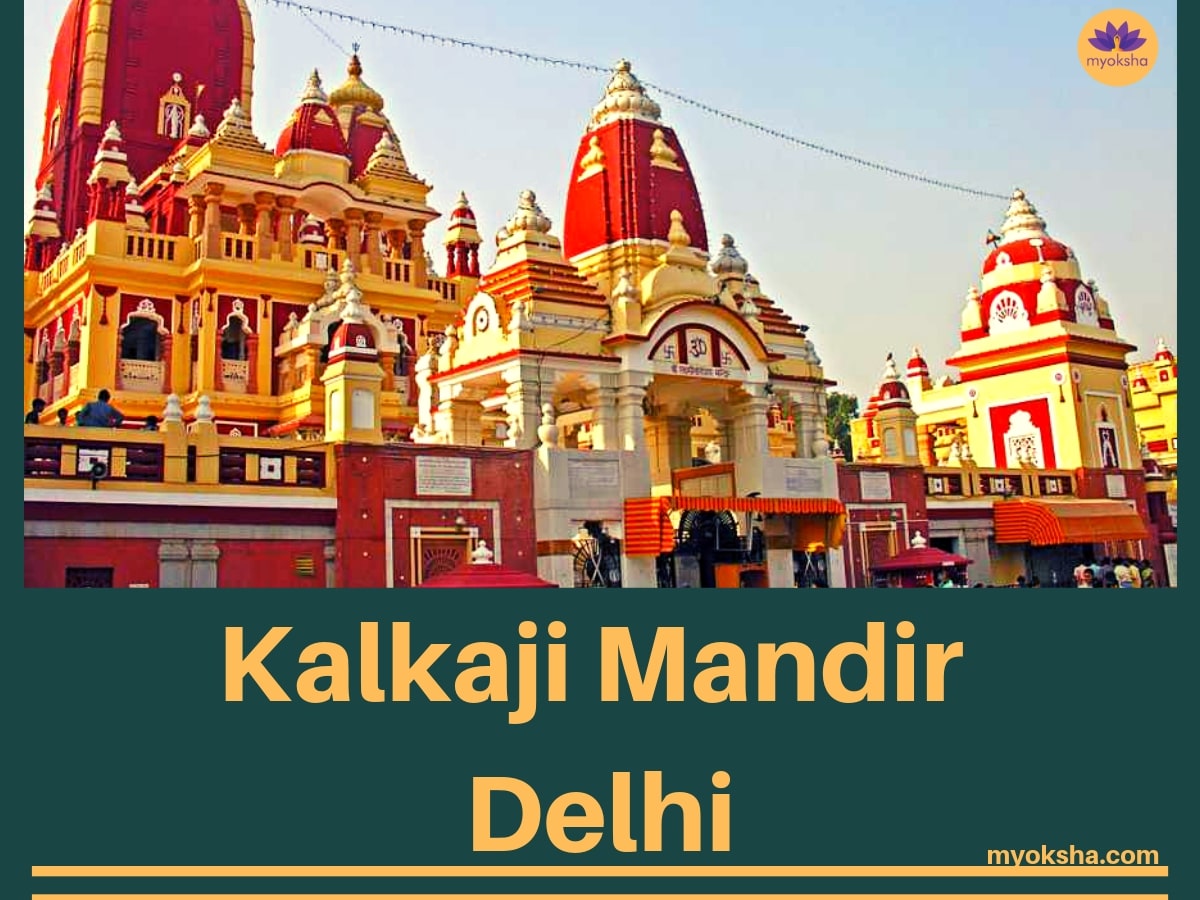 Kalkaji Mandir Delhi is an ancient temple. It is a mark of dedication to Maa Kalka, an avatar of Goddess Durga. It is located in Kalkaji, a locality in the southern part of the Heart of India, that is Delhi. Consequently, the locality gets its name on the name of the famous goddess.

Kalkaji Mandir also goes by the names “Jayanti Peetha” or “Manokamana Sidha Peetha”. The place gets these names due to the popular belief of desire fulfilment of the visitors here. Moreover, the temple is predicted to be here since the time of Satya Yuga.

Also according to a popular belief, the goddess’s figure is self-existing here.

All you need to know about Kalkaji Mandir Delhi

What are the timings of Kalkaji Mandir Delhi?

All the Pooja timings are given in the table below.

The temple has a historical existence of about 3000 years. It was constructed in 1764. However, there has been a lot of stories around it, some of which are-

The temple was also a site of worship for the Pandavas during Yudhishthir’s reign.

Legends of the Kalkaji Mandir Delhi

The first story dates back to the time of Satya Yuga. During the time, the gods who lived here were troubled by the demons. Hence, after taking much trouble the gods went to Lord Brahma for a solution. Since Brahmaji did not want to get dragged into the matter so he referred it to Goddess Parvati.

So it was Goddess Parvati who incarnated as Goddess Kaushki to slaughter the demon. While she conquered all, yet the demon Raktabij had the gift of rising back from its own blood.

That’s when Goddess Kali was born from Kaushki’s eyebrows. Goddess Kali drank the whole of the blood that came out during the slaughter. And that’s how Goddess Kali won against Raktabij. Hence, she also settled here as a protector since then.

Legend of a Defeated King

Another story tracks down a defeated King. He had lost numerous battles to an unknown invader, there was this one time after losing he rested in the place. And that’s when Goddess Kali came in his dream and motivated him to fight back again.

Being encouraged by the Goddess, he gave a tough fight back and won over. Yet even after restoring his reign, he did not forget about the Goddess. And constructed this temple as a dedication to the Goddess Kali.

The temple has a black pumice stone which is also a representative of Goddess Kalka or Kali.

Almost every Hindu Festival calls for a celebration in the Kalkaji Temple. However, both the Navratris have there own special places. A lot of enthusiasm is there during Navratri celebrations.

Also in West Bengal, it is called Durga Puja which ends up in wild celebration throughout the 9 days of the Navratri.

How to reach Kalkaji Mandir Delhi?

The Temple Trust has done the construction of Dharamshalas for the devotees visiting from far off places. These Dharamshalas are free and hygienic too. Kalkaji Mandir also provides food facility.

However, there are many good hotels near the temple too.

Delhi is home to a variety of cuisines and mouth-watering street foods. However, one can enjoy the one-time free prasad provided in the temple. The devotees can also take delight in the tasty food served here.

Other than that they have more than a hundred street food options to choose from. The Khao Gali in Lajpat Nagar is an escape for the food lovers. Also, Dolma Aunty Momos are the oldest and tastiest street food ‘Momos’ available.

Also, a variety of food chains crowd the area. One can subside to eating healthy salad at Subway to burgers in MacDonald’s.

When in the Capital City don’t forget to delight on the World’s Best Parathas in the Parathe Wali Gali in Chandani Chowk. Also, the ages-old Giani Ki Kulfi found here can be the best dessert for the evening.

Apart from these, there are other attractions to the city like Jantar Mantar, India Gate, etc. Delhi extends its land to dozens of historical places and so is the Heart of India.

What is the metro route for Kalkaji temple?

Board Yellow line from Rajiv Chowk to Central Secretariat, after that change to Pink line to Kalkaji Metro Station.

Which is the nearest metro station to Kalkaji Mandir?

The nearest metro station to the temple is named after the temple and it is called Kalkaji Mandir Metro Station.

During Navratri do we need a pass to enter the temple?

Yes. During Navratri, there is a system of Pass entry in the temple.

Is photography allowed in the temple?

Yes. Photography is allowed but not in the prayer hall.

What is the best time to visit the temple?

It is best to visit the temple during the morning and evening Aartis.

Is there a parking facility nearby Kalkaji Temple?

Yes. There are parking facilities available at a distance of 5 min, 8 min and 10 min walk away from the temple.

What bus numbers go on the route of Kalkaji Mandir?

Is there a lost and found counter in the temple?

No. There is no such counter in spite of pickpocketers on the rise.

Can a Mundan Ceremony be done in the temple?

Yes. You can but outside in the temple premises, not in the Aarti complex.

How can one get access to the Navratri Passes of the temple?

You can contact the temple authorities and get it made for yourself and your family members too.

How far is lotus temple from the Kalkaji Mandir?

Lotus temple is at a distance of 3 km from Kalkaji Temple.