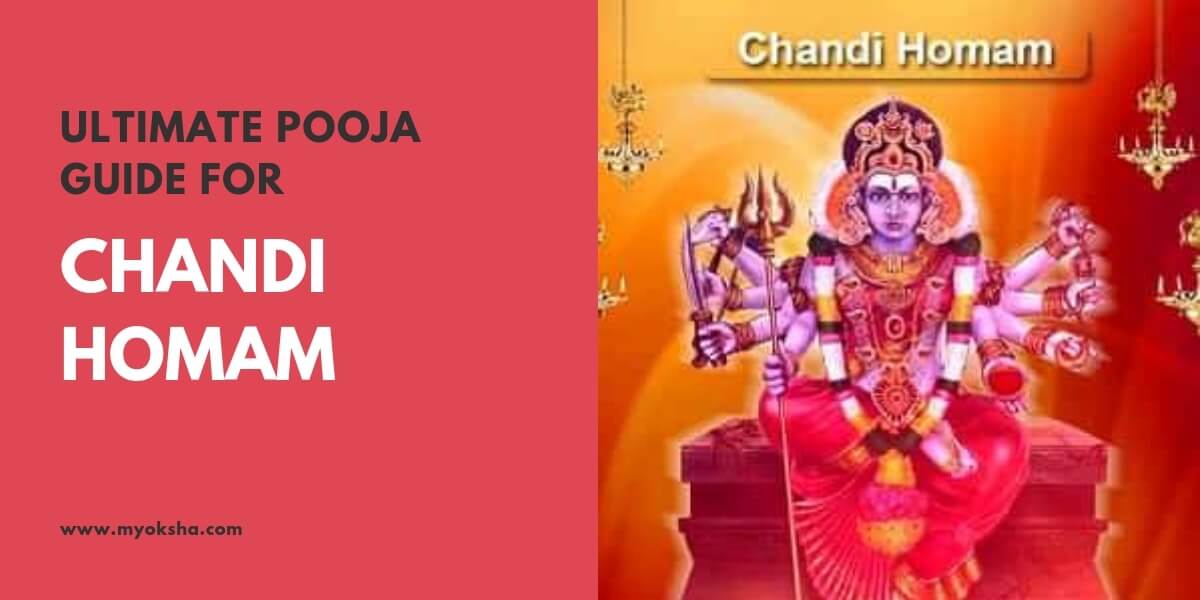 We arrange for chandi homam online. Contact us now.

The Homam is considered as the supreme form of worship among the followers of Shaktism (devotees who consider Devi or Adi Parashakti as the supreme God) sect in Hinduism.

The Goddess Chandi is represented as the fierce and passionate form of Goddess Durga. As per the Devi Mahatmayam, the Goddess is depicted as eighteen armed, each possessing a different weapon.

The Goddess is considered as the Mother of the Universe and an embodiment of feminine power and energy. She is also believed to be the creator of the Holy Trinity of Lord Brahma, Lord Vishnu, and Lord Shiva.

Who should perform Chandi Homam?

Here’s the list of people who should perform chandi homam:

What are the benefits of Chandi Homam?

When should I perform Chandi Homam?

The 9 days of Navratri are auspicious for performing Chandi Homam. Also, auspicious days like Ashtami, Navami, Chaturdasi, Magha Amavasya, Jyeshta Amavasya, Chaithra and Karthik Pournami are good for performing the Homam. It is preferred to perform the Homam during daytime and finish the rituals before sunset.

What is the procedure to perform Chandi Homam?

Here’s how to perform chandi homam:

What are the materials required for Chandi Homam?

Special food must be prepared that can be offered to the Goddess like fruits, jaggery or Panchamritham. The Darbha grass is optional along with Sesame seeds and Camphor.

Where to perform Chandi Homam?

Chandi Homam is an extremely elaborate Homam and is usually performed by several priests together in front of a large Homa Kunda. The Homam can be performed in all major Temples dedicated to Goddess Durga or Parvati like Sri Durga Parameshwari Temple in Mangalore, Sri Mookambika Temple at Mookambika, Chamundeshwari Temple at Mysuru, and the Mahalakshmi Temple in Mumbai.

However, booking for Chandi Homam must be made months in advance as the dates are usually unavailable for last minute plans.

What is the cost of Chandi Homam?

Since Chandi Homam is an extremely elaborate procedure, the cost of the Homam can range from ₹20,000 to ₹30,000 in some temples.