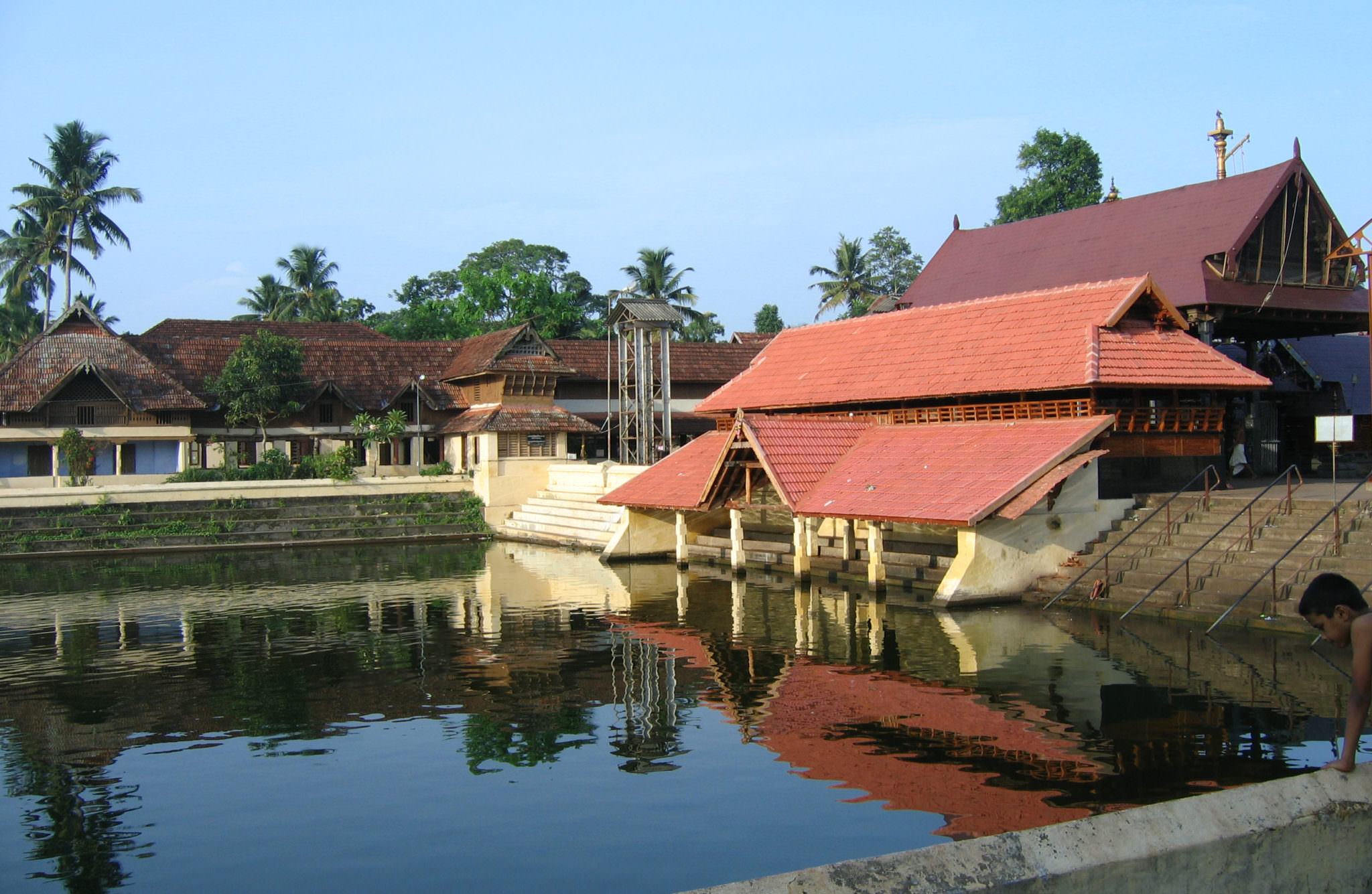 Ambalapuzha Sri Krishna Temple is a famous temple dedicated to Lord Krishna. It is situated at Ambalapuzha district in Kerala. The statue resembles the deity of Parthasarthi. Hence it also comes with a whip in the right hand and a Sankha (sacred conch) on the other. Furthermore, this idol depicts the incarnation of Lord Vishnu as Lord Krishna of the age of Mahabharata.

The deity is also known by the name of Gopala Krishna. It is made of black granite stone. The especially relevant fact about the temple is that it exhibits Kerala style of architecture. There is also a pond near the temple.

A visit to the Ambalapuzha Sri Krishna Temple, Ambalapuzha is a must when you are in Kerala. It is also a heritage of Kerala.

The Ambalapuzha Sri Krishna Temple, Ambalapuzha is important to the religious history of South India. The temple is famous for its impeccable architecture.

Ambalapuzha Sri Krishna Temple opens early like the other South India temples. The temple remains open from 3 am to 12 pm. The temple is again open from 5 pm to 8 pm.

The temple authority also do not allow photography within the temple complex.

There is no specific dress code at the temple. But the temple authority suggests decent dressing.

Festivals are celebration of life at the Ambalapuzha Sri Krishna Temple. Dances are performed at the festivals. Boat races are also popular here. Hence, every year thousands of pilgrims gather at the temple.

Ambalapuzha is a small town. It is only at 13 km from Alapupuzha town. The place is easily accessible. Tourists can travel by air, railways and roadways.

By Air: The Kochi International Airport is the nearest airport to Ambalapuzha. It is just at 2 hours 30 minutes from the temple. The Trivandrum airport is the second nearest airport. It is only 2 hours 37 minutes from the place. Tourists can also travel from the Bangalore International Airport. Coimbatore and Calicut airports are also near the temple. There are cabs available at the airport.

By Road: Finally, tourists can reach Ambalapuzha via roadways. It lies near NH 47. The temple is at 1.5 km from the town junction. Local vehicles like auto rickshaws will leave you at the doorsteps of the shrine. Pilgrims can travel to the place via buses. Kerala State Road transport has regular bus service.

Hotels in Ambalapuzha: Where to stay

Ambalapuzha Srikrishna Temple is one of the most famous temples of the Alleppey region. There are multiple hotels that have developed here. These hotels provide a comfortable stay to the visitors. Aquabliss offers airconditioned rooms. Tourists can also book houseboats from this hotel. The hotel is located just at 4.6 km from the temple. The Coir Village Lake Resort is another decent hotel. It is just at 7.8 km from the temple. These mid range hotels provide complimentary breakfast. There is also free parking facility. Tourists cab also use the swimming pool. Hotel Bonanza, Hamlet Heaven, Tamarind KTDC Easy hotel, Green Palace Kerala Resort and Kadavil Lakeshore Resort are the other hotels near the temple.

There are multiple food joints near the temple. The Indian Coffee House serves authentic Kerala coffee and cuisines of the state. The Thaff restaurant offers good food at a budget price. Halais Restaurant, Memories, Cassia, Sisir Palace, Café Paradiso Espresso Coffee Bar and Mushroom are some of the other popular eat outs near the temple.

Kerala is also a popular pilgrim centre. Hence there are multiple temples near the Ambalapuzha Srikrishna Temple.

Hence visit the Ambalapuzha Sri Krishna Temple to know the rich history and culture of Kerala. Have fun at the colourful festivals. Most of all, this is considered as one of the five prime Lord Krishna temples of the state.