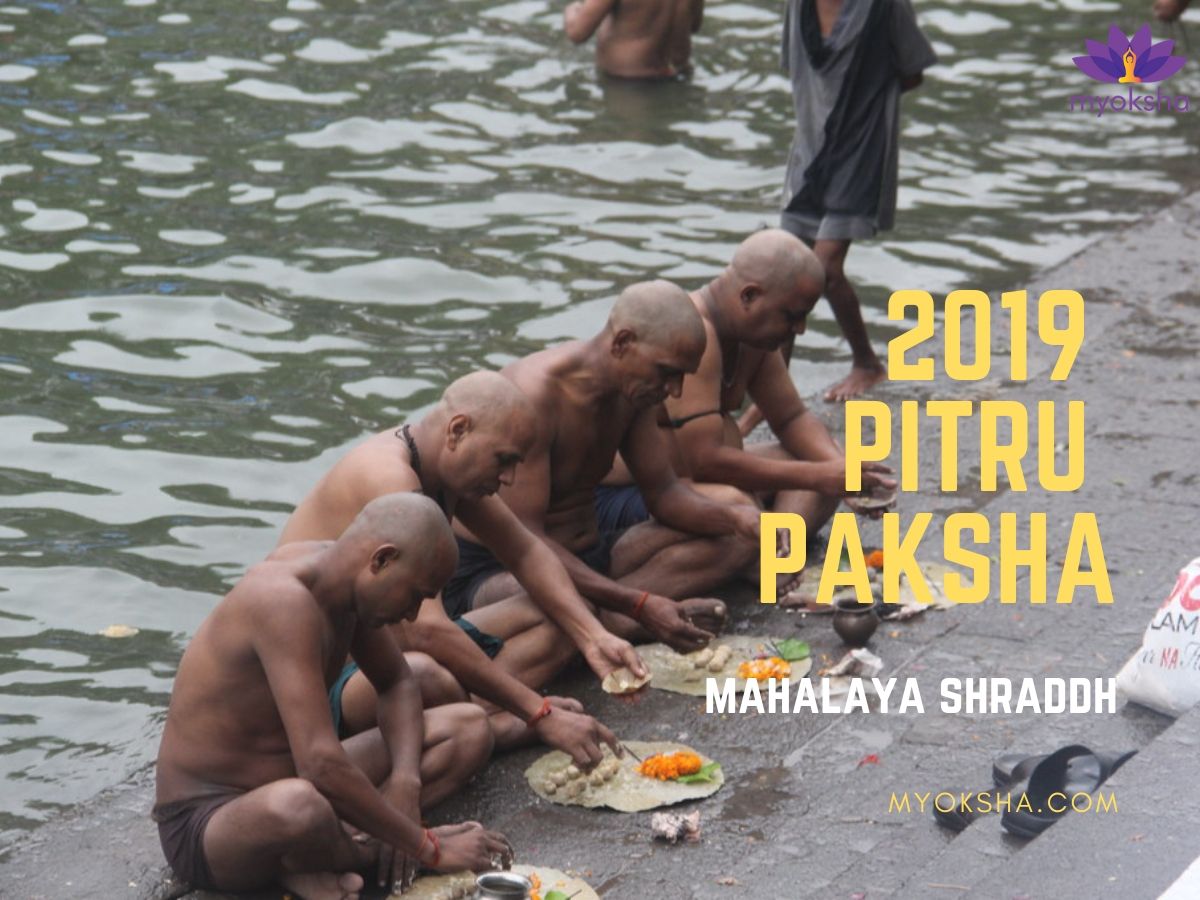 Pitru Paksha is also known as Pitru Pakshya, Pitri Pokkho, Sola Shraddha, Kanagat, Jitiya, Mahalaya Paksha and Apara Paksha. The word ‘Pitras’ means ‘Ancestors’ and ‘Paksha’ means ‘A particular time’. It is considered to be an inauspicious time. No good task is done during this period.

During the ceremony, the death rites that are performed is termed ‘Tarpan’ or ‘Shraddha’. It is believed that performing the Pitru Dosha blesses the entire family. It is performed only by the male members of the family.

Why do we perform Pitru Paksha?

We perform Pitru Paksha Puja because:

What is the history of Pitru Paksha ritual?

According to mythology, the reason for performing Pitru Paksha relates to King Karna, the son of the Sun God from Mahabharata. King Karna was always deeply involved in charity and could never say no to anybody. After his death in the Mahabharat war, when he went to heaven, he was offered food made of gold.

He asked the Gods why such a great was offered food this way even after doing so much charity. He was told that this was because he only offered gold as a charity and not food. King Karna neither offered food and water to his ancestors nor the poor people. Realizing his mistake, King Karna wanted to correct it. The Gods thus decided to let Karna return to Earth for 15 days to feed the poor. This helped him to get rid of the problem. This period is called Pitru Paksha.

Who can perform Pitru Paksha ritual?

Where do we perform Pitru Karma?

The materials required to perform Pitru Paksha are:

The ceremony of Pitru Paksha consists of three parts. These are:

What are the rules for performing the Pitru Paksha ritual?

The rules for performing the Pitru Paksha are:

What is the cost of performing Pitru Paksha?

The cost of performing Pitru Paksha starts from as low as Rs 25 and can go up to Rs 5000.

The pandit performs the puja for a group of people together at the lower budget and the size of the group decreases with the increase in the budget. The budget ranges from Rs 2500-5000 if a Pandit dedicates himself to perform your Puja. This includes the cost of ingredients and donations.

If you have any queries related to Pitru Paksha Pooja, please leave a comment and we will reply within an hour.