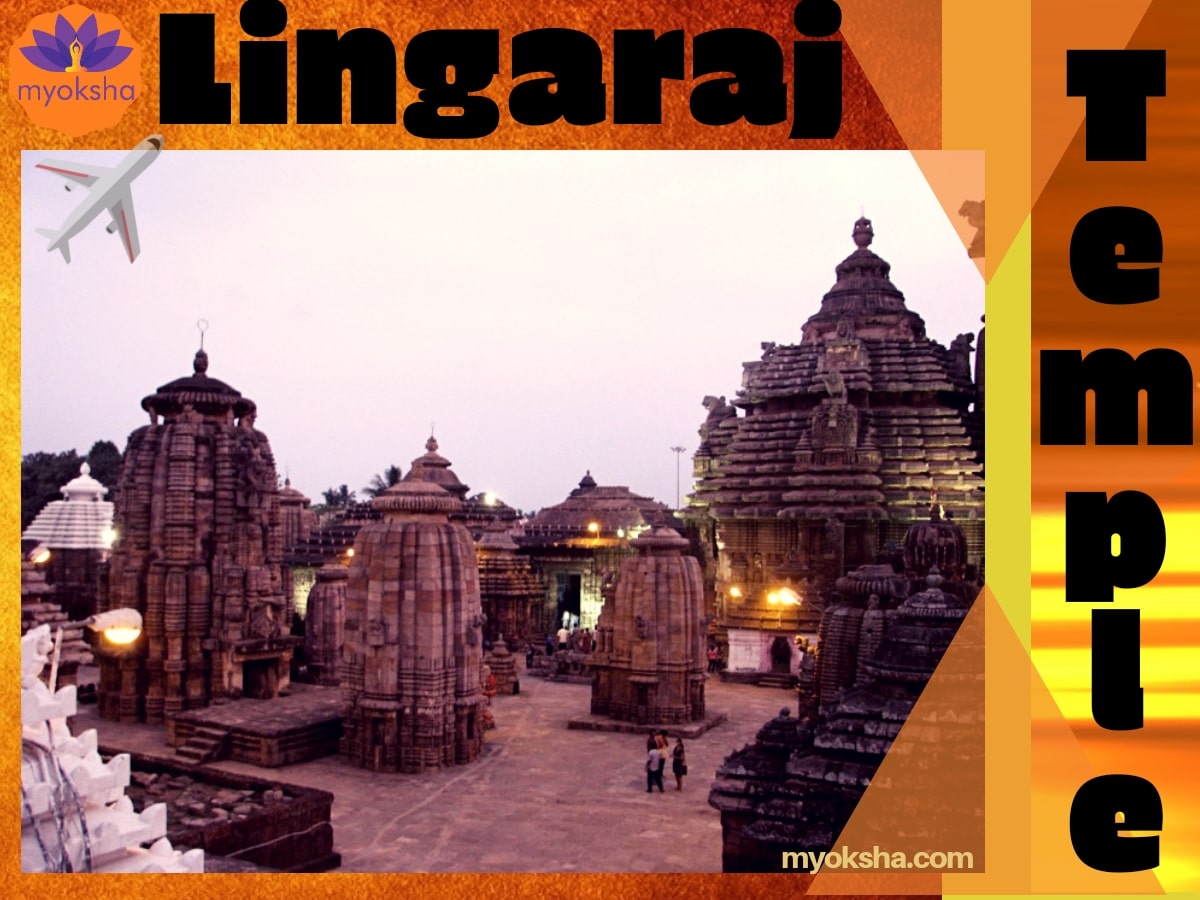 Lingaraj Temple is a dedication in the form of a temple to Lord Shiva. It is located in Bhubaneshwar, Odisha. The term ‘Lingaraja’ translates to the ‘king of Lingas’, i.e. Lord Shiva. Our guide explains the significance of Lingaraj temple, timings, history, poojas, dress code, official website and how to reach Lingaraj temple.

The temple was the captial of the Kalinga Empire in ancient times. Lingaraj Temple is the largest temple in Bhubneshwar till date. King Jajati Kedhari built this temple in the 11th century.

Moreover, it is believed to be the oldest temple in Bhubaneswar. Shiva’s Trishul and Vishnu’s Chakra are present at the entrance of the temple. However, there is ‘Simhadwara’ or ‘Lions Gate’ on the eastern side of the shrine. The temple follows Deula style of architecture. And there are 50 other shrines enclosed in a walled enclosure.

What are the timings of Lingaraj Temple?

Devotees can visit the temple during the following timings-

What are the sevas and poojas of Lingaraj Temple?

Some of the sevas and pujas of Lingaraj temple are:

What is the significance of the Lingaraj Temple?

The significance of the Lingaraj Temple is that it is one of the oldest temples in Bhubaneshwar. In this temple, devotees worship Shiva as Harihara, which is a combined form of Vishnu and Shiva. It represents the Kalinga or Deula style of architecture and has four parts- Garbh Griha, Yajna Shala, Bhoga Mandap and Natya Shala.

The granite statue is 54.8 meters high, 8 feet in diameter and is present on a platform that is 8 inches above the ground. Also, the priests worship the deity daily with water, milk and bhang (marijuana). On an average around 6000 devotees visit the auspicious shrine on a daily basis.

Aside from Garbh Griha, the ‘Natya Mandir’ hints towards its connection with the devadasi connection. Other than the Lingam, the parsva devta reveres the site, where Lord Ganesha, Lord Kartikay and Goddess Parvati are put in various paths.

Each of the pictures is gigantic and showcased incredible workmanship. The devotees decorate the idols with rich draperies and jewellery.

What is the history of Lingaraj Temple?

‘Lingaraj’ translates to the King of Lingam, that is none other than Lord Shiva. In the beginning, Shiva was worshipped as Kirtivasa and then later he became popular as Harihara which is the form people worship him in now.

Moreover, he later gained popularity as Tribhuvaneshwara. Also called Bhubneshwar, the monarch of the three worlds namely earth, heaven and netherworld. His companion Goddess Parvati then came to be known as Bhuvneshwari.

Historians predict that the present form of Lingaraj temple was built in the last decade of the eleventh century. Evidence in some of the seventh century Sanskrit texts concludes that the construction of some parts of the temple took place in the sixth century CE.

According to Fergusson the initiation for the temple was done by Lalat Indu Keshari who ruled in 615-657 CE. The construction of Assembly Hall (Jagamohana), sanctum and temple tower dates back to 11th century. However, the construction of the offering hall (Bhoga-Mandapa) took place in the twelfth century.

The credits for the construction of Nata Mandira is given to the wife of Salini between 1099 and 1104 CE. The timing of the completion of the Lingaraj temple coincided with the growth of the Jagannath sect. Hence, historians believe that Harihara form that is the combination of Shiva and Vishnu co-exist in the temple.

Later, the rulers of the Ganga Dynasty who were followers of Vaishnavism built the Jagannath temple at Puri in the twelfth century.

Legends of the Lingaraj Temple

One of the legends dictates the time when Shiva preferred Bhubneshwar or Ekamra Titha over Benaras. Therefore, Goddess Parvati disguised herself as a women shepherd to look around the place.

And as she was doing so, she came across two demons namely, Kriti and Vasa who had desires to marry her. Then Parvati requested them to try and carry her on their shoulders. Nevertheless, the goddess crushed them both under her.

As a result, Lord Shiva did the creation of Bindu Sagar Lake to quench Parvati’s thirst. Since then he took the decision to dwell here as Kritivasa or Lingaraj.

What are the festivals celebrated at Lingaraj Temple?

Some of the festivals celebrated at Lingaraj Temple are:

How to Reach the Lingaraj Temple?

Here’s how to reach the temple:

Where to stay near Lingaraj Temple?

Although the temple authorities do not provide staying facility to its visitors, there are a number of good hotels around Lingaraj. Check out these-

What are some temples near Lingaraj Temple?

Some of the temples near Lingaraj Temple are:

If you have any questions about Lingaraj Temple, please leave a comment below, and we will get back to you within one hour.