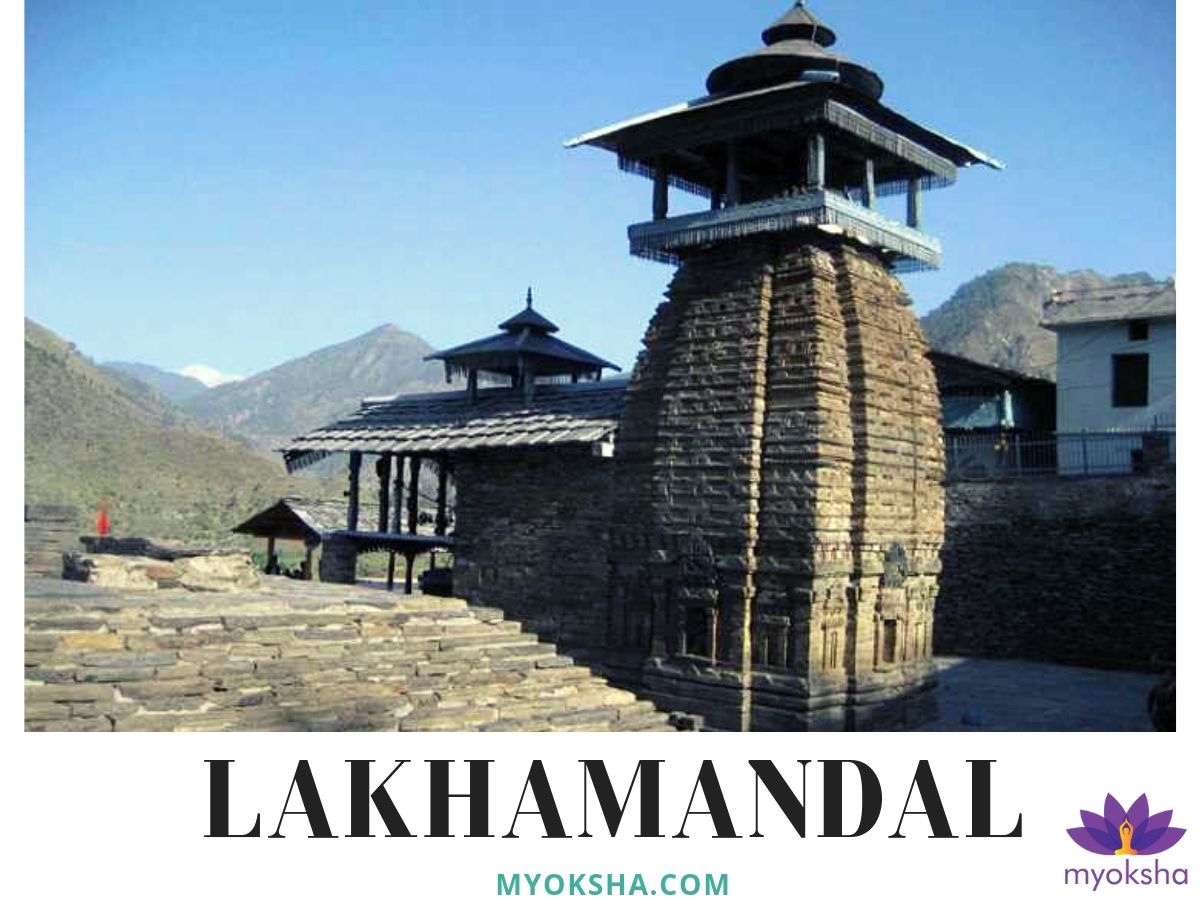 Lakhamandal temple is dedicated to Lord Shiva. It is present in the Dehradun district of Uttarakhand. The name the complex has origins in the words ‘Lakha‘ meaning ‘many‘ and ‘Mandal‘ meaning ‘Temples or Lingam‘. Moreover, devotees believe that a visit to this temple is capable of absolving one’s sins.

The Shivling here is made of graphite which shines on pouring water on it.

It also ends the miseries of life. River Yamuna flows near the village in which Lakhamandal is present. It is also a part of the Char Dham Yatra destinations within Uttarakhand.

What are the timings of Lakhamandal?

Here are the timings of Lakhamandal:

What is the significance of Lakhamandal?

The significance of Lakhamandal is the main attraction of the temple complex is a Shivalingam made of graphite. When water is poured over Shivalingam, it reflects the light and shines, hence illuminating its surroundings. Also, the temple has the northern Indian style of architecture (Huna architecture).

Beliefs also say that a person who dies in front of the twin statues of Manav and Danav momentarily returns to life. This is because Manav keeps the person alive while Danav takes the person’s soul to Lord Vishnu’s divine abode.

What is the history of  Lakhamandal?

The history of Lakhamandal is that the temple is present near the place where Duryodhana conspired to burn Bhaskara alive in Lakshyagraha (a house of shellac). Moreover, two statues of Manav and Danav are present near the main shrine and devotees consider them to be of Pandava brothers Bhima and Arjuna.

These statues are the dwarpals (door guards) of the shrine. They also resemble Jai and Vijay, the doormen of Lord Vishnu. Dhundhi Odaari is a cave present near Lakhamandal and devotees believe that it is the place where Pandavas hid in order to protect themselves from their cousin Duryodhana. Dhund means “fog” and odaari means “cave“.

The main festival celebrated at Lakhamandal is:

How to reach Lakhamandal?

Here’s how to reach Lakhamandal:

Where to stay near Lakhamandal?

Some of the places where one can stay near Lakhamandal while undertaking the Char Dham Yatra are:

Please carry valid ID proof such as Aadhar Card. It is needed at the time of booking of the rooms.

What are some temples near Lakhamandal?

Some of the temples near Lakhamandal are: