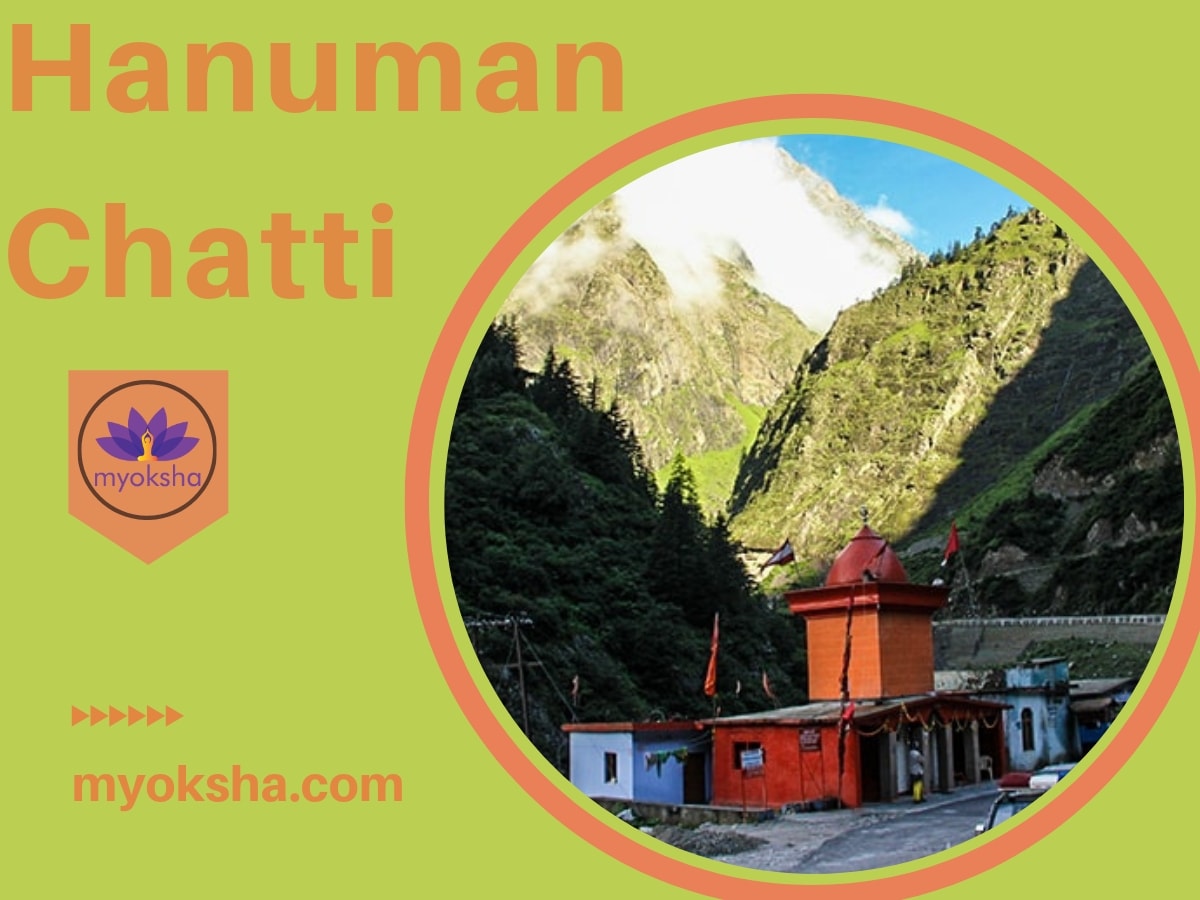 Hanuman Chatti is a Hindu temple that lies on the road to Badrinath Temple in Uttarakhand. It is 286 km away from Rishikesh and is at a distance of 34 km from Joshimath. This temple is a dedication to Lord Hanuman.

Hanuman Chatti is located at the Sangam of rivers, Hanuman Ganga and Yamuna.

Moreover, the inspiration on behind the temple’s name lies in an interesting mythological event involving Hanuman and Bhima. It is one of the main attractions in the journey of Char Dham Yatra Uttarakhand.

Hanuman Chatti might be really small temple yet it is significantly known for its natural surroundings and serene atmosphere. The temple provides a sense of peace to the devotees.

Moreover, the temple is located at the head of a very popular trekking destination i.e. Yamunotri. Moreover, it is considered supremely sacred place among the devotees of Lord Hanuman.

History of the Temple

The history of Hanuman Chatti dates back to the time of the encounter between Lord Hanuman and mighty Bhima at the spot where the temple resides at present. So, it all began with Draupadi’s demand for Saughandika flower.

Bhima set out on the search for the flower on the Gandhamadana peak. But drowned in his pride he killed numerous animals on his way. Hence, to break his glass-like pride Lord Hanuman decided to teach him a lesson.

On his way, Bhima encountered a monkey lying in the path with its tail spread out such that Bhima was unable to pass-through. Bhima, the mightiest of the Pandavas requested the monkey to move his tail aside and let him pass. Hereafter, the monkey complained about his inability to move due to old age.

By this time, Bhima came to the realisation that there was something more than ordinary about the monkey. Hence, he requested the monkey to reveal his true identity. Hearing this, Lord Hanuman appeared before him in his true self.

After that, Lord Hanuman also blessed Bhim and assured him victory in the Kurukshetra war. Hence, the place became popular as ‘Hanuman Chatti’.

Second born of Kunti, Bhima was Lord Hanuman’s brother as he was born to Kunti after she invoked Vayu Devta.

The main festival celebrated at Hanuman Chatti is:

How To Reach Hanuman Chatti

Devotees can reach the temple by following modes of transport –

Where to Stay near the temple

Some of the places fit for a stay near Hanuman Chatti while undertaking the Char Dham Yatra are:

Other Temples near Hanuman Chatti

Some of the temples near Hanuman Chatti are: