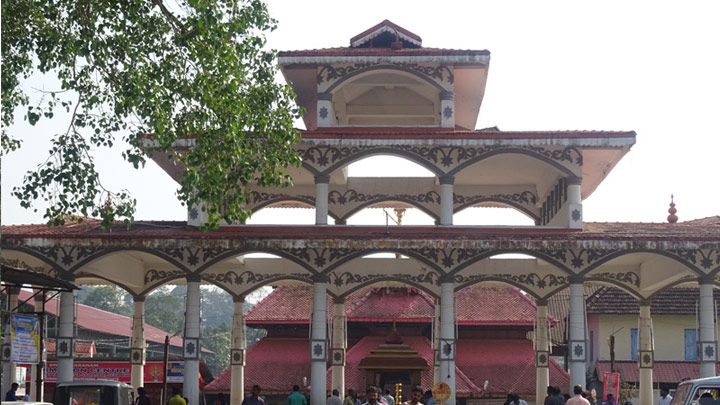 Ettumanoor Mahadevar Temple is at Kottayam. Lord Shiva is the presiding deity here. The temple is a must-visit to view the exquisite sculptures and paintings of the 1542- 1545 AD. The idol of Lord Shiva is 3 feet tall. There is also a holy tank on the northern side of the shrine which is oval in shape.

This is an ancient temple of Kerala. Hence there are several myths associated with this shrine.

Significance of the Ettumanoor Mahadevar Temple

The temple bears the rich culture and history of Kerala. Some of the important features of the temple are:

The Ettumanoor Mahadevar Temple opens early in the morning with the first rays of the sun.

After the daily worship at the temple, devotees can have prasadam.

Though there is no specific dress code at the temple, people prefer traditional dressing. Men have to remove shirt before entering the temple. Also, tourists need to remove shoes.

This temple celebrates all the rituals associated with Lord Shiva.

There are some special rituals at this temple.

Ettumanoor Mahadeva Temple is famous among the devotees of Lord Shiva. Hence easily accessible from all parts of Kerala.

By Air: The Cochin International airport is the nearest airport to Kottayam. This airport is at 77 km from the place. There are private cars available from the airport which takes tourists directly to the shrine.

By Road: The temple is near the MC road and 10 km from the main Kottayam city. besides bus, you can hire private cars to the temple.

Hotels in Kottayam: Where to stay

There are both budget and premium hotels near the Ettumanoor Mahadeva Temple. The Palakunnel Residency is a budget hotel at 0.7 km from the temple. The Abad Whispering Palms is a luxury hotel at 18.7 km from the shrine. Kumarakom Lake Resort, Cocobay Resort and Lakesong Resort are the other options.

Due to the immense popularity of the Ettumanoor Mahadeva Temple, several eateries have developed around it. The Astoria and Annapurna restaurants are just 2 km from the shrine.

Kottayam is a famous pilgrimage in Kerala. The place is famous for Hindu, Christian and Muslim pilgrim centres.

Ettumanoor Mahadevar Temple, Kottayam is just not a pilgrimage for devotees for Lord Shiva, but a holy abode for people seeking some respite from the hassle and bustle of daily life.