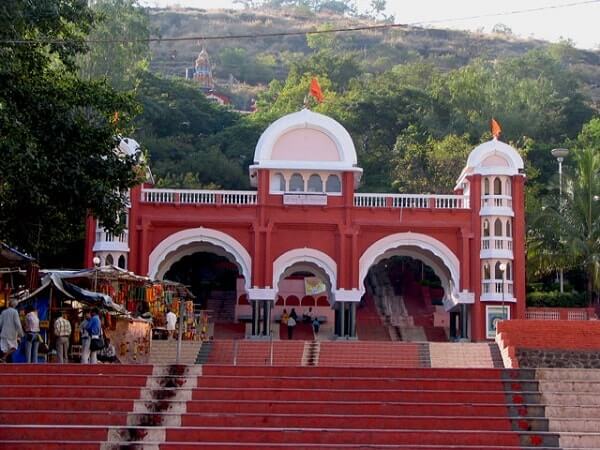 The term Chatur stands for four and Chaturshringi literally signifies “mountain with four peaks.” The temple is gigantic and it stands at 90 feet high and 125 feet wide. The temple depicts  “power and faith.” The Chaturshringi temple is located on the gradient of a hill on Senapati Bapat Road.

History and Legend of Chaturshringi Temple

Chaturshringi Temple is one of the oldest temples of Maharashtra and is said to have been constructed during the time in power of the Maratha king Shivaji and the temple is taken care of by Chaturshringi Devasthan trustees.

The Chaturshringi temple is considered to be a symbol of power and faith. Numbers of devotees from all over the world often come to visit the temple with love and devotion for the presiding deity every year on a daily basis. The temple has abundant of beauty and importance that even the aged people coup their intricacy and climb 100 steps to reach out to the holy memorial of Goddess Chaturshringi.

It is also believed that the primary purpose for the creation of the temple was the utmost devotion and worship towards the supervising deity Goddess Chaturshringi.

The legend of Chaturshringi Temple follows the story of a rich merchant named Durlabhsheth Pitambardas Mahajan. This man was very rich and religious and was also a passionate devotee of Saptashringi Mata. It is also said that he used to travel all the way from Pune to Vani only for the sake of worshipping the presiding Goddess of the temple every year on the full moon day of Chaitra.

However, as he grew older his age somewhat hindered him to travel and visit the temple. Following this, because of his true devotion the supervising Goddess appeared in his dream and asked him to bring to light her idol from a mountain in the northwestern region of Pune so that she can stay near her devotee.

The Chaturshringi Temple is of immense significance and is also the centre of attraction for the people and this is why thousands of pilgrims and visitors appear in large numbers everyday for the sake of offering their prayers to the presiding deity. The temple is significant for the following reasons:

How To Reach: Road, Rail, Air

By Road : Buses are available everyday from Mumbai and also from nearby areas. Buses are also available from Satara, Raigad and Ahmednagar.

There are many hotels and lodges nearby Chaturshringi Temple which are quite reasonable and avails all the facilities.