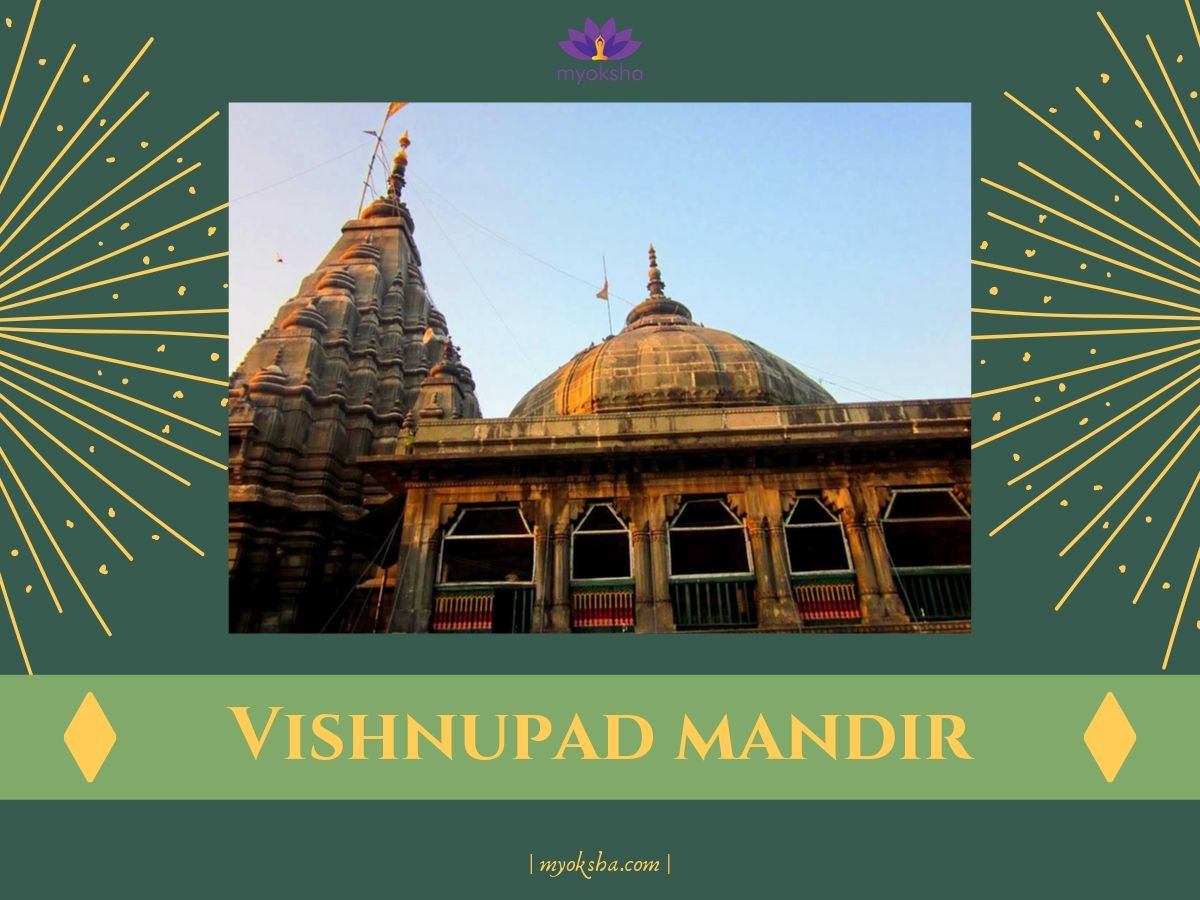 Vishnupad Mandir is one of the most attractive temples in Bihar. A large number of devotees come here every day to offer prayer and seek blessings. Vishnupad Mandir is located in Gaya which is 100 km away from Patna, the capital of Bihar.

Vishnupad Mandir is located on the banks of Falgu River and has a footprint of Vishnu incised into a block of basalt. People believe that Lord Vishnu killed Gayasur by placing his foot on Gayasur’s chest.

Gaya is equally important for Buddhists as this was the place where Lord Buddha preached the Fire Sermon i.e. Adittapariyaya Sutta to around 1000 agriculture workers who were fire-worshipers. The influence of Buddha’s discourse was so enormous that all of them converted to Buddhism.

What are the timings of the Vishnupad Temple?

What is the history of the Vishnupad Mandir?

What is the significance of the Vishnupad Mandir?

How to reach the Vishnupad Temple?

Where to stay in Gaya?

There are many places to stay in Gaya, Bihar. Gaya has a large number of a tourist attraction so there are plenty of places to stay while touring in Gaya. There are many hotels as well as the private organization which takes good care of the people. There are 5-star hotels as well as hotels with nominal charges according to the traveller’s budget. The charges of the hotels are very nominal as they keep the needs and demands of the customers in their mind. These hotels provide wifi, hygienic food and clean environment.

What are the places to eat in Gaya?

What are some temples near Mahabodhi Temple?

What are the places to visit in Gaya?

What are some other temples to visit in Bihar?

Is the Vishnupad Temple open throughout the year?

Yes, the Vishnupad Temple is open all 365 days of the year.

The entry to the Vishnupad Temple is free of cost.

No, there is no online darshan facility available.

No. All electronic gadgets are prohibited in the temple premises (viz. mobile, camera, laptop). Free storage of the same is available at the entrance of the temple.

No. No such facilities are available. Although, a wheelchair can be made available upon request.

No. No such facilities are available.

What is the best time to visit Gaya?

The months of November to February is very ideal to visit the Vishnupad and the other temples located in Gaya.

The summers at Gaya start from March and continues until June. The summers here can be very hot. Temperatures during the daytime often go up to 45 º C.

If you have any questions about The Vishnupad Temple, please leave your comment below and we will get back to you within one hour.