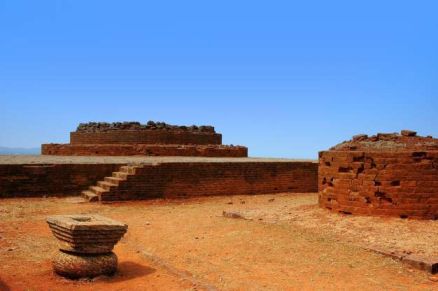 Thotlakonda Buddhist Complex is situated on a hill near Bheemunipatnam. It is present in Andhra Pradesh and is about 15 kilometers from Visakhapatnam. The name Thotlakonda is a Telugu name. It is derived from the presence of a number of rock-cut cisterns hewn into the bedrock of the hillock.  It literally means ‘Hill with stone wells‘. This is because of its stone wells that collected water for Buddhists.

Thotlakonda is located at a height of 128 meters on a hilltop. It is present near the village Mangamaripeta. The Indian Navy discovered this place. They were on an aerial survey for setting up a Naval Base.

What is the history of Thotlakonda?

What is the architecture of Thotlakonda?

Train: Take a train to Vizag. The nearest station is Vizag. This place is at a distance of 22 Kms from Vizag Railway Station.

Air: The nearest airport is Vishakhapatnam. It is 35Kms away from here.