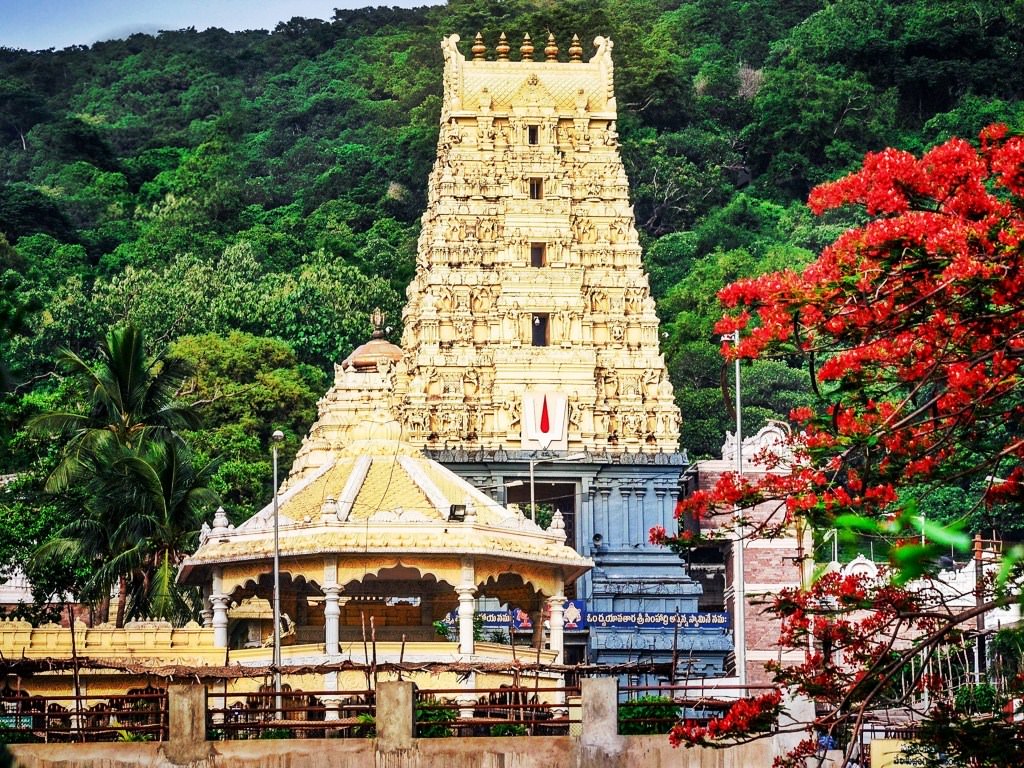 Simhachalam Temple is a hilltop temple situated in Vishakhapatnam (Vizag) in Andhra Pradesh. It is visited with great reverence by devotees of Lord Vishnu. It is dedicated to Lord Narasimha Swamy, a lion-man incarnation of Lord Vishnu and is beautifully adorned with really intricate carvings. The Sanskrit translation of “Simha” is a lion and “Achala” is a hill, hence the name Simhachalam.

The deity is in the tribhangi posture, with two hands and the head of a lion on a human torso. The temple has the most exquisite stone-carved 16-pillared Natyamandapa and 96-pillared Kalyanamandapa. According to the legend, Narsimha’s avatar when he killed Hiranyakashyp was very fierce. His idol is covered with sandalwood throughout the year and is revealed only once a year. The day is celebrated as Chandanotsavam and on this day, the temple receives maximum devotees from all over the world.

What are the timings of Simhachalam Temple?

Festivals celebrated at the Simhalchalam Temple

Poojas and Rituals at Simhalchalam Temple

The following poojas are performed at the Simhalchalam Temple throughout the year:

How to reach Simhachalam Temple?

There is also a Trekking route available for trekking lovers from Madhavadhara side, two hours climbing to temple premises with steep natural stone steps and a beautiful view of Vizag city and at the other side the temple view from the hill top.

Hotels in Vizag: Where to stay

In 1989, the Dharamakartha, Dr. P.V.G.Raju Garu introduced the Nityannadanam Scheme under which close to 1500-2000 devotees are served the Annaprasadam every day. This count has recently increased to 5000 devotees and the temple is welcoming more people. Apart from the meal at the temple, there are options available at eateries around the temple at the hill.