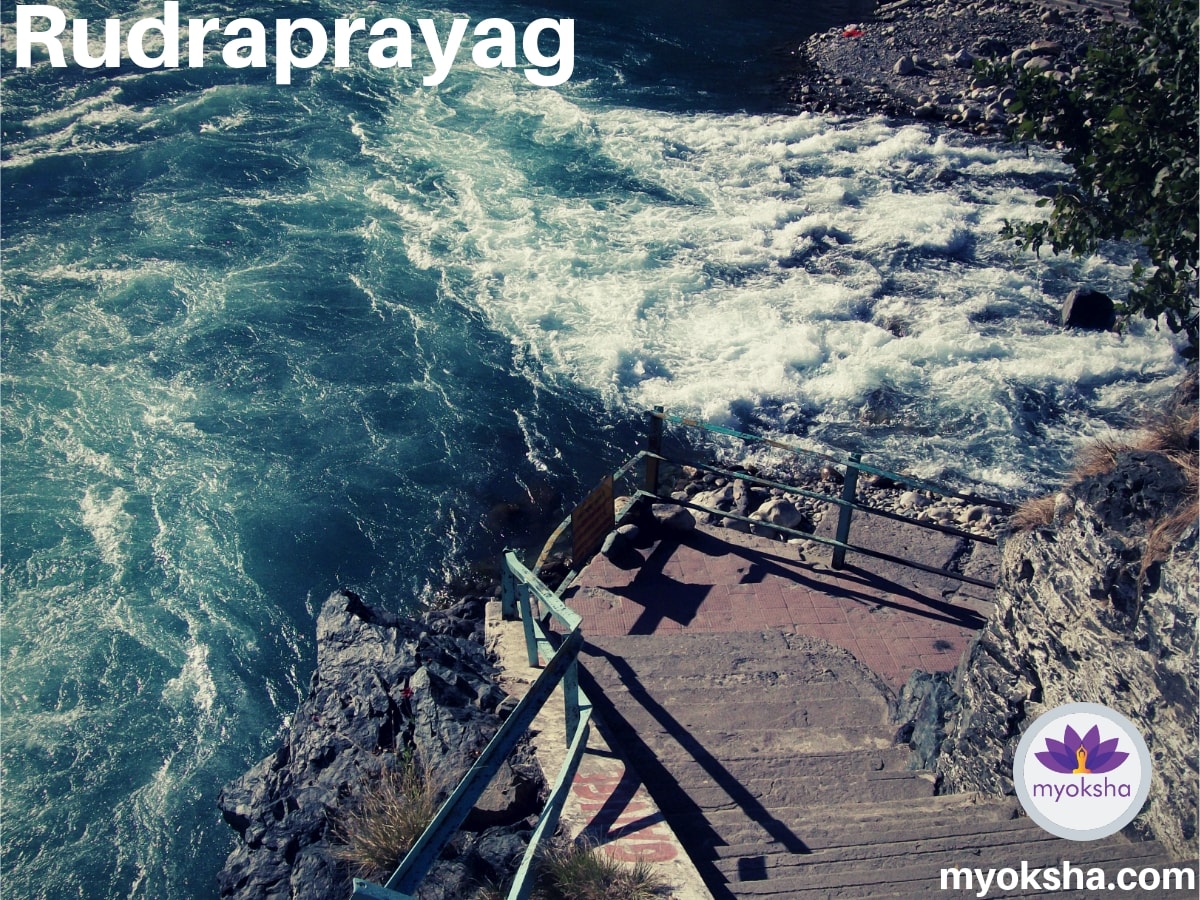 Rudraprayag is the fourth among the five confluences of river Alaknanda (Panch Prayag). It observes the confluence of the river Alaknanda and Mandakini. The place maps in Chamoli district of Uttarakhand. Moreover, the place is elevated at a height of 895 metres.

Koteshwar Mahadev is a cave like temple present at a distance of 3 km from the fourth Prayag. Here, Lord Shiva once meditated on his way to Kedarnath.

Originating from Kedarnath, Holy Mandakini is the major river of the area. This place is also a famous pilgrimage destination on the route of the four holy Dham pilgrimage.

The first legend talks about the creation of Rudraprayag. The tale dots a mythological king named Putraka. Putraka is believed to have brought Rudraprayag to life using magic for his beloved wife Patali. Hence, the place was earlier known as Pataligram, in which ‘Gram’ stood for the village. Further, the city was Kedarnath ‘Patliputra‘ in the honour of Patali’s son.

There are also stories revolving around Ajatshatru, the king of Magadh. Beliefs are that around 490 BC Ajatshatru took up Rudrapur as his capital instead of Rajgarh. Apparently, he also fortified this place for the same. Moreover, Gautam Buddha also graced the place during his nearing time.

Kedarkhand states that sage Narada worshipped Lord Shiva on one foot at this holy confluence. After which Lord Shiva appeared before him and gave him a Harp.

Rudraprayag is known after the Rudra avatar of Lord Shiva. There also stands a temple of Rudranath by the banks of the holy confluence. Also, the place is home to various Shiv temples other than Rudranath.

Rudraprayag also happens to be the spot where Pandavas came for repentance after killing their brothers in the battle of Mahabharat. Hereafter, they left for heaven.

The significance of Rudraprayag is that the name of this confluence has been derived from ‘Rudra‘, which is a form of Lord Shiva. Hence, one can spot many Shiva temples in the vicinity of Rudraprayag. As per epics, Lord Shiva appeared here to bless sage Narad.

Devotees often refer to the place as ‘Abode of the Gods’ because of its beauty and serenity. Moreover, Agastamuni is present at a distance of 18 km from Rudraprayag. Rishi Agastya meditated at Agastamuni for many years which added up religious significance to the place.

Here’s how to reach Rudraprayag:

Some of the places where one can stay near Rudraprayag while undertaking the Char Dham Yatra are:

Which rivers meet at the fourth Prayag?

Rivers Alaknanda and Mandakini meet at this place.

What is the best time to visit Rudraprayag?

The best time to visit this place is from March to October.

How much time is required to see around the place?

One might need at least 2-3 days to see around this place.