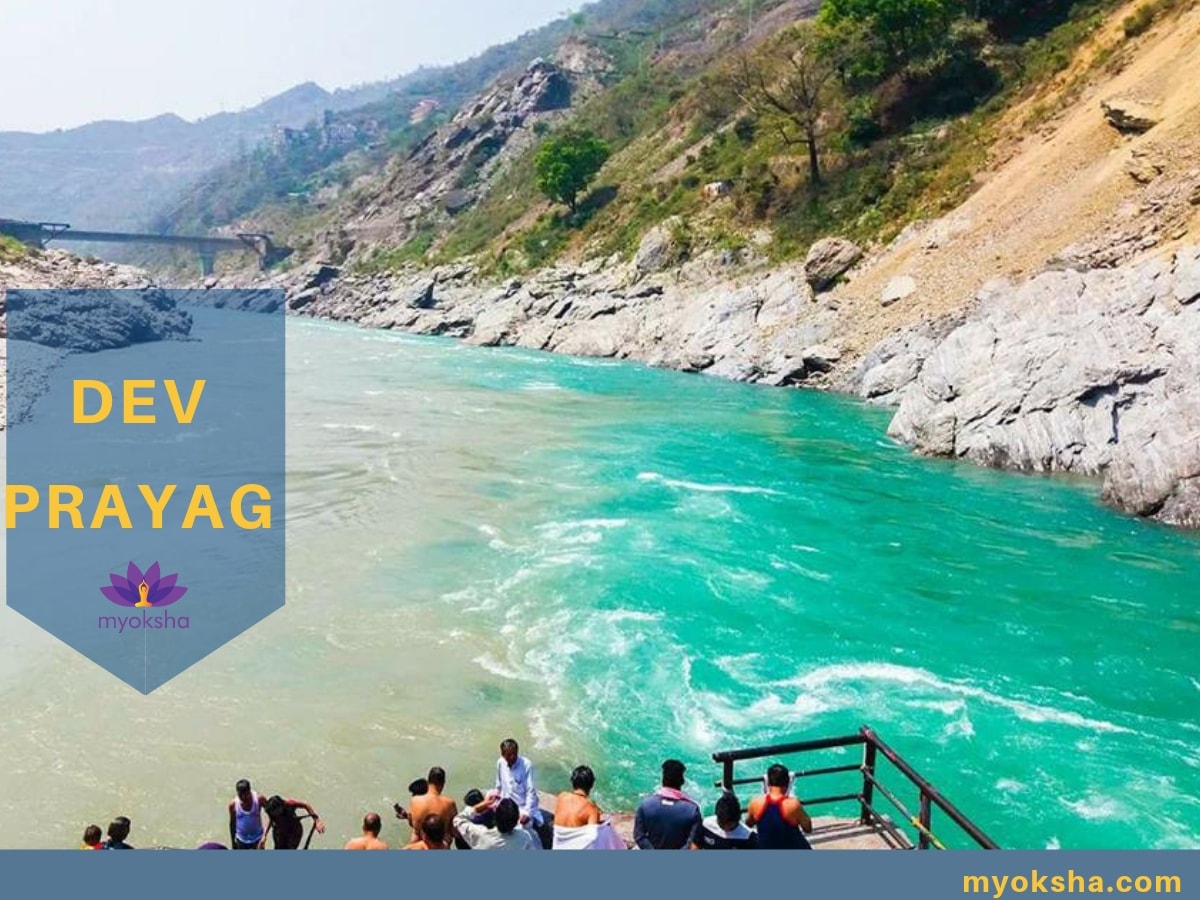 The place draws its name from sage Dev Sharma from Satyug. Beliefs suggest that sage Dev Sharma worshipped Lord Vishnu at this place. Hence, being impressed by him, Lord Vishnu gave him the boon that his place of worship will be known by his name in the coming times.

Bhagirathi originates from Gaumukh and Alaknanda from Satopanth and the two merge right at this place. Devprayag is a famous pilgrimage destination on the Char Dham Yatra route.

Moreover, traditional tales talk about another river that belongs to this confluence named Saraswati. It is predicted to be originating from Mana Village in Badrinath. However, in Devprayag, the river descends from the feet of Lord Rama in Raghunath Temple. Also, there is evidence of footprints of Lord Rama at “Ram Kunda“.

In accordance with one of the tales, King Bhagirath pursued Goddess Ganga to flow from this prayag which is now the starting point of the river.

Devprayag is highlighted in History as the land of late Acharya, Pt. Chakradhar Joshi. Acharya set up Nakshatra Veda Shala on the mountain Dashrathanchal on top of Devprayag in 1946. This observatory is packed with the latest equipments.

Other than that ancient equipment like Surya Ghati, Dhruv Ghati is also present here. This observatory is the living pride of progress of Indians in Astronomy.

A very interesting fact about the two rivers is that Bhagirathi is considered the mother-in-law of Alaknanda in the Garhwal region.

Here’s how to reach Devprayag:

Stays near Devprayag that one can undertake during Char Dham Yatra are:

The Panch Prayag is a part of the Char Dham Yatra within Uttarakhand.

Can devotees visit Devprayag in monsoons?

Devotees must refrain from going here during monsoons as there are risks of landslides.

What is Devprayag famous for?

It is famously known as the origin of river Ganga.

Which rivers merge at this Prayag?

It is the confluence of rivers Alaknanda and Bhagirathi.