Mother Hingula is worshiped as agni (fire) in the kitchen of Lord Jagannath at Shree Mandir Puri. Goddess Hingula is worshiped at a distance of 14 from Talcher. It is believed that one can achieve his desired object if they worship or meditates on Goddess Hingula. It is also believe that cooking foods become delicious through the blessings of the Goddess. The tribal Kandha Goddess Hingula is worshiped as an integrated Goddess of the Aryans and the Non-Aryans through the process of historical evolution. Since the Goddess is still worshiped by Sabari versus the palm leaf manuscript which is being worshiped here needs further research, which may reveal important socio cultural factors of the ancient tribal life. It is described in the Mahabharata that Goddess Hingula was worshiped by King Nala of Suryavanshi. It is by her grace that king Nala was able to prepare Gouri-Sauri Paka . Thus the name of Goddess Hingula is associated with cooking with perfection. The earlier practice of animal sacrifice is no more. Now only vegetable and sweets are offered as Bhog. Hingula represents fire and every year appears in the form of flame at different places. The goddess is being worshipped in two sites, one in the Hinglaj Mata Temple and the other on a raised platform with a big applique atop tied to four wooden poles around. The platform is fenced off. On the platform, a heap of coal is set on fire. The fire stand for the goddess. The devotees after having done their Darshan of Goddess Hingula in her temple (Hinglaj Mata Temple), return to worship her at the fireplace.The offerings are thrown into the flames. In the nearby site, thousands of kids sit in tandem and a handful of barbers shave their heads. 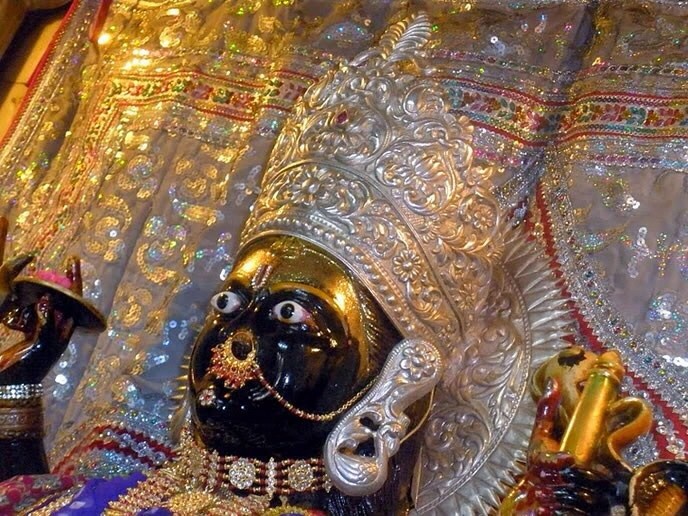 By Air: Biju Pattanaik Airport at Bhubaneswar is the nearest airport to Hinglaj Mata Temple. This airport is well connected to Delhi, Kolkata, Mumbai, Vishakhapatnam, Raipur, Chennai and Hyderabad. Talcher is 154 km Away from Bhubaneswar (Via Banarpal).

By Rail: There is no direct train network to Maa Hingula’s Temple but one can reach up to Talcher (TLHR), Talcher Road(TLHD) and Angul(ANGL) station.  Bhubaneswar, Puri, Angul, Talcher and Sambalpur are the major rail heads for the state.

By Road: The National Highways 23, 42, 55 and 200 pass through the state Odisha which are connected with Angul and Talcher, the two most nearest places to Gopal Prasad. Regular Bus services are available to Angul and Talcher from major cities of Odisha throughout the day. Talcher is 60 km away from Dhenkanal, 154 km Away from Bhubaneswar (Via Banarpal), 182 km from sambalpur, and 200kms from Rourkela.