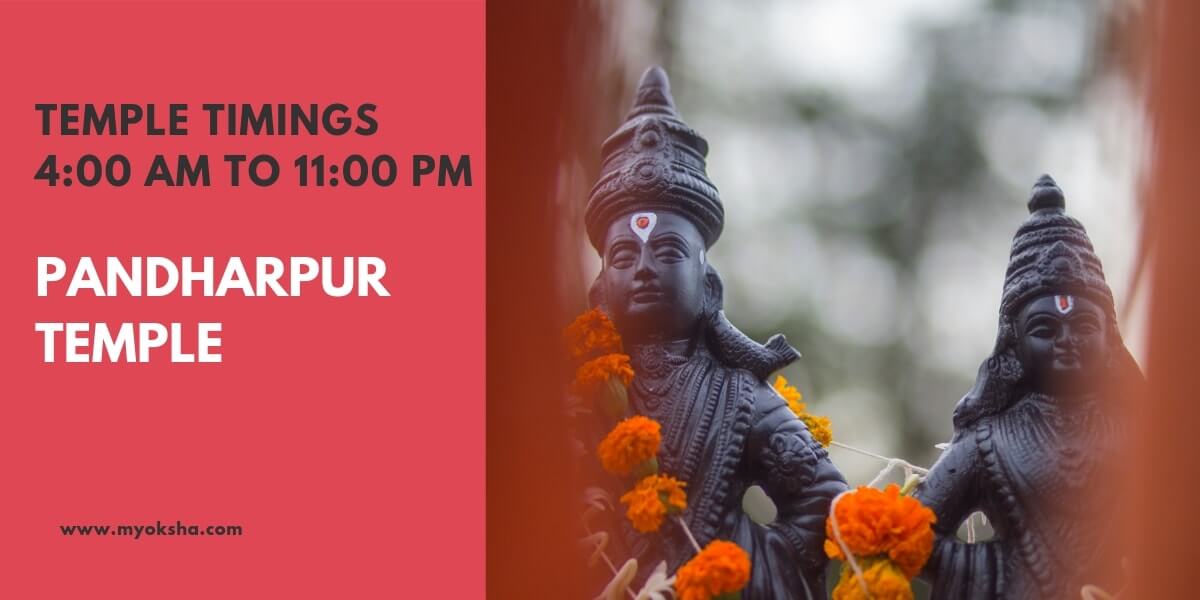 Pandharpur Temple or the Vitthal Temple located in Pandharpur in the Solapur district of Maharashtra is one of the most visited pilgrim sites in India. Statistically, it receives the largest amount of devotees in Maharashtra. The holy shrine is dedicated to Lord Vitthal or Vithoba along with his consort Rakhumai or Rukmini, as popularly known, who is worshipped as a form of Lord Krishna.

Pandharpur Temple is one of the most important and oldest pilgrimage sites in Maharashtra. The Temple is located on the banks of the Chandrabhaga River, another name of the River Bhima.

The legend of Lord Vitthal or Vithoba is disputed but historic and legendary. Lord Vitthal is the focal point of devotion especially among the followers of the Varkari philosophy or Sampradaya of Hinduism as well as the Haridasa sect of Karnataka. He is more popularly worshipped in regions of Maharashtra, Goa, Karnataka and Andhra Pradesh.

As per the Varkari tradition, “Vitthal” is composed of two words in Sanskrit – Vit meaning Brick and Thal that originated from the Sanskrit word “Sthala” meaning standing. That gives the meaning of “Standing on the brick” to the word “Vitthal”. Hence, God is depicted as a figure of a young boy standing on a brick. There are, however, other interpretations of the meaning as well.

The Varkari Saint Tukaram proposed that Vittha means ignorance and La means one who accepts, creating the word “Vitthala” meaning “God who accepts ignorant people”. Another possible meaning was put forward by historian Ramakrishna Gopal Bhandarkar stating that Vitthu is a Kannada version of Vishnu in Marathi. The suffixes La and Ba are added as a mark of respect creating the names as Vitthala or Vithoba.

The Pandharpur Temple is huge with six entrances. The eastern entrance is called the Namdev gate or the Mahadwaara. The Samadhi of Saint Namdev and Saint Chokoba is situated here. The famed “Namdev Chi Payari” step is the first step out of 12 steps that one must climb to reach the Samadhi. The Pandharpur Temple has a Mandap at the beginning consisting of a Nagarkhana where various musical instruments are placed.

Two Deepmalas can be seen in the west that is lit during festive occasions. The Chowk is lined on both sides with rooms for resident devotees. The Mandap also has shrines dedicated to Garuda and Hanuman. The chowk leads to the Solakhambi Mandap meaning a Mandap with sixteen pillars. The beautiful chamber is engraved with Krishna Lilas and the Avatars of Lord Vishnu. The entrance to the shrine is through a silver door named as the Rupyacha Darwaja.

The idol of the deity Vitthala or Vithoba is made of black stone three and a half feet tall. The idol has a Shivalinga on his head and the Kaustubha Mani around the neck. The idol is placed in front of a Prabhaval, a silver plate in the sanctum.

Pandharpur Temple dress code is traditional wear. Men should wear dhoti, pyjama or formal pants and shirt. Women should wear a sari, churidar or a half saree. Children should wear any fully covered dress. There should be an upper cloth present for both men and women.

How to reach Pandharpur Temple

Pandharpur offers a wide range of hotels and ashrams for a stay to the devotees. The prices are reasonable. The MTDC (Maharashtra Tourism Development Corporation) has constructed a few lodges that can be booked for a stay.

A large number of private restaurants are available that serve delicious local cuisine as well as North Indian and South Indian cuisine.