India is famous for its ancient civilization and of the diverse cultures and traditions that are practiced here. There are a number of religious groups that live throughout this sub-continent.  This is a land where one finds the oldest pilgrimage in the world. The norm of pilgrimage is so evident in the cultural psyche and the number of worship places is so huge that the entire nation can be considered as one grand religious destination. The ancient facts or information about these holy places can be traced from the famous epics like the Rig Veda and the Atharva Veda. This practice had become quite common with time and is quite evident from the various sections of the Mahabharata. It mentions there are over 300 holy places situated around the nook and corner of the country. Hindus call sacred places as tirthas and the action of visiting a pilgrimage is known as tirtha-yatra. Although, the word tirtha implies river ford, steps to a stream, or place of the journey. In Vedic times the word may have concerned just those holy spots connected with water, however during the time of the Mahabharata, tirtha had come to mean any sacred spot, be it a lake, mountain, woods, or hole. Tirthas are more than physical areas, however according to the pious Hindus; these locations are considered to be the meeting point of the heaven and the earth. And one such holy place of worship consists of the Devi Jagadambi Temple Khajuraho. It is a group of 25 shrines which is located at Khajuraho in Madhya Pradesh. 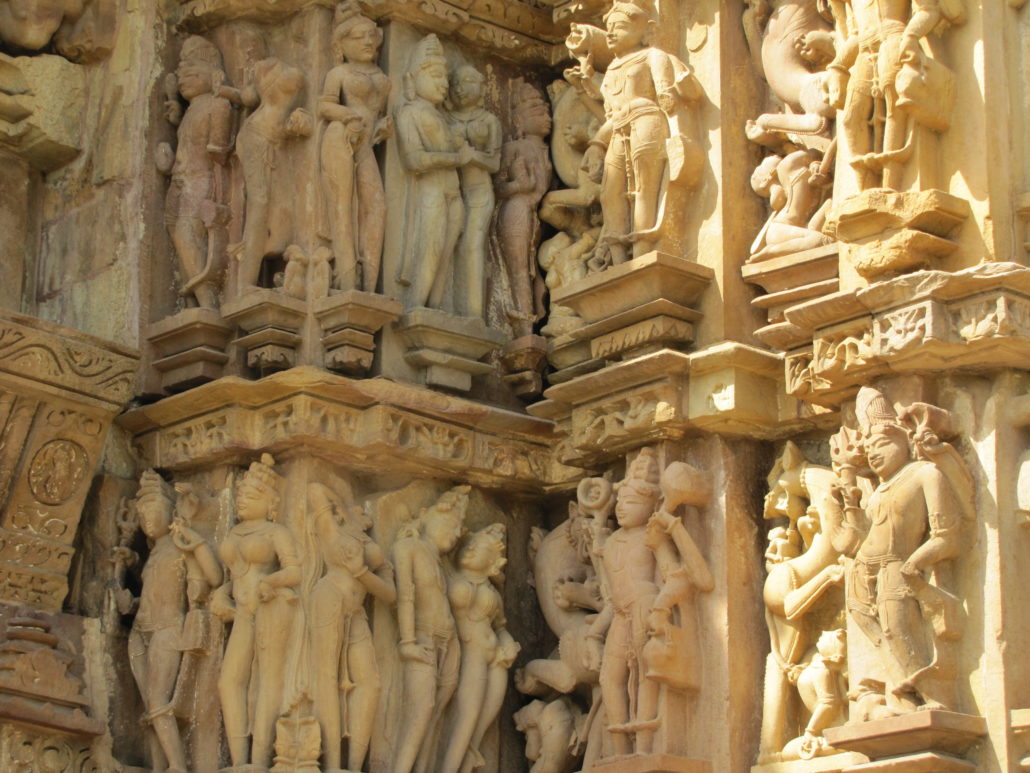 Madhya Pradesh offers a wide range of accommodation facilities for the tourists who visit this state with their loved ones. From luxurious hotels to budget lodges, there are ample choices for people. One can find all the modern facilities that are coupled with a moderate price range. If needed, you can also book rooms with private balconies as well. The high-end hotels have their own spa sessions and massage corners. At a nominal price, clients can enjoy these benefits while relaxing their mind from the daily stress. For travelers who like visiting alone, there are many inns that offer rooms on a sharing basis. One can also decide to put up at dormitories as that would save up on expenses. In addition, it is vital that you book your rooms in advance in order to avoid any last minute delay.

Hotels in the contemporary time offer just more than providing food. It provides health club services, gym services etc to the clients. And for people who want moderations in their diet, the chef is there to serve and meet your needs just the way you want! Fine dining options are available for people who are looking for luxurious ambiance and internal cuisines. The cost will be on the higher side but is worth it considering the experience it provides. For people who want to taste the street food, there are local eating joints that provide food at a reasonable price range. The food is prepared following all the hygiene standards. From vegetarian to nonvegetarian, there are many choices for individuals who love experimenting on various delicacies. Some hotels also arrange live music performances to make your dining a fantastic experience.