The Kandariya Mahadeva Temple at Khajuraho

Pilgrimage is an important part in a person’s life. With one’s hectic lifestyle, there are many individuals who plan to visit the sacred places of worship with their near and dear ones. Finding solace and peace has become an important aspect of a modern person. For people who want to visit the holy places in India, Madhya Pradesh offers ample opportunities for the tourists. This place is the home to numerous renowned shrines that are visited by devotees throughout the year. Khajuraho in Madhya Pradesh is a famous and popular destination for both its architecture and history. It is considered to be a sacred pilgrimage destination by people visiting this place. From the ancient times, the city has seen the rise and fall of many empires and their rulers. As such, the Kandariya Mahadeva Temple is one such auspicious shrine that is an epitome of the medieval history of India. The name refers to ‘the Great God of the Cave’. It is considered to be one of the largest and best examples of the medieval architectural specimen in India. The temple is dedicated to Lord Shiva who is present there in the form of a linga. 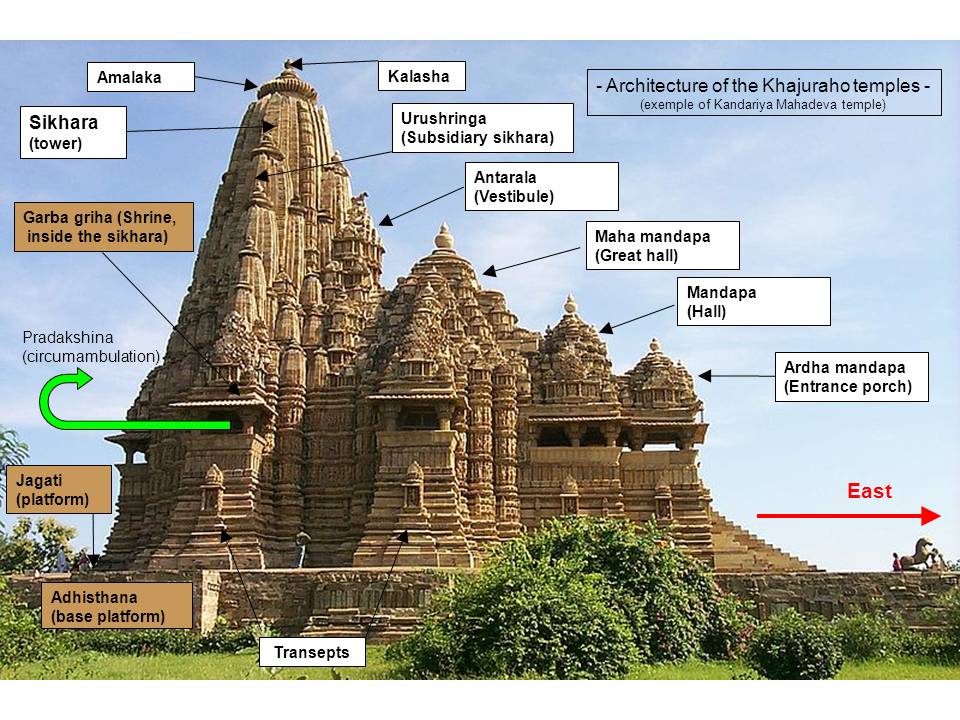 Significance of the Kandariya Mahadeva Temple

There are ample opportunities for people visiting Khajuraho to enjoy a comfortable stay here. From budget hotels to luxury living, tourists can choose the place they want as per their needs. Pilgrims traveling with family can put up at double to triple bedded rooms. And for travelers who like to visit alone can opt for renting rooms on a sharing basis. Some hotels also provide dormitories for such travelers. Whatever you choose, it is important to book your rooms well in advance to avoid any last-minute delay. And moreover, if you pre-book your rooms, you can also enjoy some lucrative deals and amazing discounts. Some hotels also offer to pick up and drop services for its clients who book their rooms in advance. You can also check the hotel tariff online and see the user reviews to facilitate the booking of rooms. However, all the rooms are equipped with modern facilities to meet every need of a contemporary traveler.

Food is an integral part for people visiting this beautiful place of Khajuraho. Although one can find Indian cuisine in this region yet there are also many international eateries that offer a wide range of exotic dishes at a competitive price range. In addition, there are many local restaurants that maintain strict hygiene while preparing food and also offer quality food to the visitors. While breakfast mainly consists of poha, jalebi, and samosa, lunch has more variety in terms of a complete meal known as Thali. A traditional Thali comprises of rice, roti, dal, vegetables, pickle, salad and curd. There are non-vegetarian dishes available as well. Some high-end restaurants also offer fine dining and live music experience to its visitors. So, choose among the many options available as per your budget.