Aurangabad district in Maharashtra State is a famous place with many tourist attractions and religious sites as well as temples. The Ajanta Caves are one of the most popular and most visited places in Aurangabad district with an extravagant monument. Having 30 rock-cut Buddhist caves that have existed since 2nd century, these caves are exquisite structure that includes sculptures and paintings. They are a great example of the richness of Indian art and painting. These caves are also masterpiece of the Buddhist religious art and have figures of Buddha and depictions of mythological Jataka tales. The architecture of the Ajanta caves is worth witnessing and the caves are cut in the side of a large cliff which is the south side of U-shaped gorge on the river Waghur. They are along the modern pathway that runs across the cliff and were originally reached by the individual ladders from side of river 10–35 m below. The Ajanta caves have been built extravagantly in two phases and the construction started by the 2nd century BCE. The second group of these caves was built in 400–650 BCE. This is a protected monument and is cared by the Archaeological Survey of India. The site has also been a UNESCO World Heritage Site. 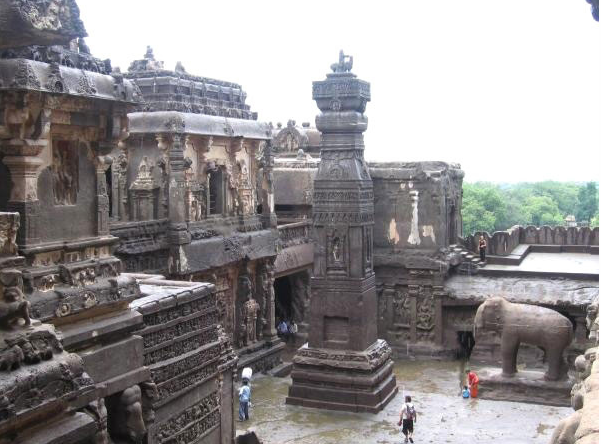 History and Legend of Ajanta Caves

Significance of the site and the Ajanta Caves

Ajanta Caves are open on all days except Tuesday and are open till sunset. The entry fees per person is Rs. 10/- and Rs 25./- are charged for clicking pictures and videography inside the caves.

How to reach by Rail Road and Air

Aurangabad is one of the most popular tourist hubs and thus has many visitors especially in the holiday season. The past glory and heritage of this city are the main attractions of Aurangabad. The Ajanta and Ellora caves are a major tourist attraction of the city and these caves are recognized as world heritage by UNESCO. Some other places to visit are the spectacular Mughal monuments, Bibi ka Maqbara and many other sites are extremely enjoyable in the city.

The caves also have a dedicated archaeological museum that is also a well noted tourist spot in the city. This place also has many historical and cultural places. The city has many ways to be reached and can be reached through multiple means of transport. Aurangabad is well connected by all major means like air, rail and road as per the tourist’s convenience. The city’s airport connects to all major cities and traveling to this city through air can be a very comfortable option while one can also travel by rail to the city.

By Air: Aurangabad has regular flights from all other major cities of the country and the major airport is the Chikkalthana Airport.

By Rail: Aurangabad is also well connected to all other major cities of India via regular trains. The major stations are Aurangabad, Rotegaon, Chikalthan, Mukundwadi Halt.

By Bus: One can get regular buses to the Aurangabad city from all other major cities of the country. The major bus station is Aurangabad.

The city is well connected and has efficient connectivity by all means of transport to various cities. There are a number of buses connecting Aurangabad to other cities and the journey is a comfortable one.

There are many 3, 4, and 5-Star hotels in Aurangabad that are extremely comfortable and have great services. The major hotels in the city include Hotel Atithi, Lemon Tree Hotel Aurangabad, VITS Hotel, Green Olive, Vivanta by Taj Hotel Oberoi and J P International. All the above hotels are extremely spacious and comfortable with all facilities. The tourists visit Ajanta caves and museums mostly in the holiday season and that is when the hotels are jam packed.

Nearby Attractions and Temples

The major attractions of the city of Aurangabad apart from the Ajanta and Ellora Caves are as follows:

Bibi Ka Maqbara: The place is situated about 3kms from the main city and is the resting place of Aurangzeb’s wife, Rabia-ud-Durrani. This place is an imitation of Taj Mahal, Agra. The burial site or the Maqbara is situated in middle of spacious Mughal garden that has axial ponds and fountains along with broad pathways and clean pavilions.

Panchakki: The 17th century water mill is situated at distance of about 1km from city. The water mill is famous for the vast underground water channel that traverses about 8kms. The mesmerizing artificial waterfall and beautiful water fountains increase the beauty of the place and thus is one of the most visited sites of the city.

Gates in Aurangabad: The most interesting place to visit in the city is the 52 ‘gates’; they have a local history and are visited most often. The historical gates increase the legend of the place and thus are one of the most visited sites of the city.

Naukhanda palace: Built by Malik Ambar, the massive portal gateway is a grand palace in the city with nine apartments. The interior buildings have five zananas, a Divan-i-Aam, a Divan-i-Khas, a masjid and a kacheri and each of this is provided with a garden and also with a cistern.

Salim Ali Lake & Bird Sanctuary: The Salim Ali Sarovar which is popularly known as the Salim Ali Talab, is a major place of interest that is located near Delhi Gate right opposite the Himayat Bagh in Aurangabad. The site is located in northern part of the city and was known as the Khiziri Talab during Mughal Period. The place was renamed after the well known ornithologist and naturalist Salim Ali. The site also has a bird sanctuary and also a garden that is well maintained by the Aurangabad Municipal Corporation.

Aurangabad Caves: The caves are situated at a distance of 5kms, and are nestled amidst the hills. These 12 Buddhist caves date back to 3 A.D. and are of particular interest as there are Tantric influences that are evident in the iconography and also in the architectural designs of these caves. The caves also offer a panoramic view of the whole city as well as of the imposing Maqbara.

Aurangabad has always been held as a town of great importance due to the history and legend associated with it. The popular tourist destination in the country has a lot to offer to the visitors. The town holds major significance in terms of history as well as mythology and is an important Buddhist site. The place has a lot to offer to the tourists and they back a lot in term of spiritualism as well as heritage and thus they keep coming back to experience the utmost enjoyment.