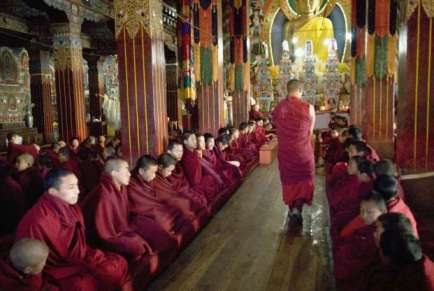 The Tawang Monastery was founded in 1680-1681, Merak Lama Lodre Gyatso. It was built in accordance with the wishes of the 5th Dalai Lama, Ngawang Lobsang Gyatso. The monastery is situated on a mountain at an altitude of over 3000 m. Tawang Monastery is one of the most important Buddhist sites in the world.

Tawang Monastery is a big monastery with living quarters, a museum, institutions and libraries. The Monastery can hold a capacity of 700 monks and is currently home to around 450 lamas.

What is the history of the Tawang Monastery?

In Tibetan, ‘Ta’ means ‘horse’ and ‘wang’ means ‘chosen’. Therefore, the name Tawang means chosen by a horse. According to the legends, Merak Lama was having difficulty in finding a good place to build the monastery. He once rested in a cave where he prayed, seeking divine guidance. When e came out, he found his horse missing. After searching for a while, he found the horse, grazing at the top of a mountain. Merak Lama realized it as a good spot where the monastery could be built.

The full name of the monastery is thus Tawang Galdan Namgye Lhatse. It means ‘The site chosen by the horse is the divine celestial paradise’.

What is the architecture of the place? 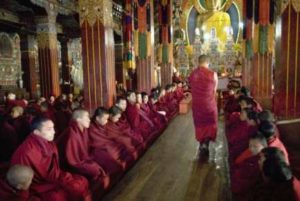 What are the festivals celebrated in the Tawang Monastery?

Choksar, Losar, Ajilamu, and Torgya are the main festivals that are held in the monastery.

How to reach the Tawang Monastery?

Road: Tawang Monastery is well-connected by road to all places.

What is the best time to visit the Monastery?