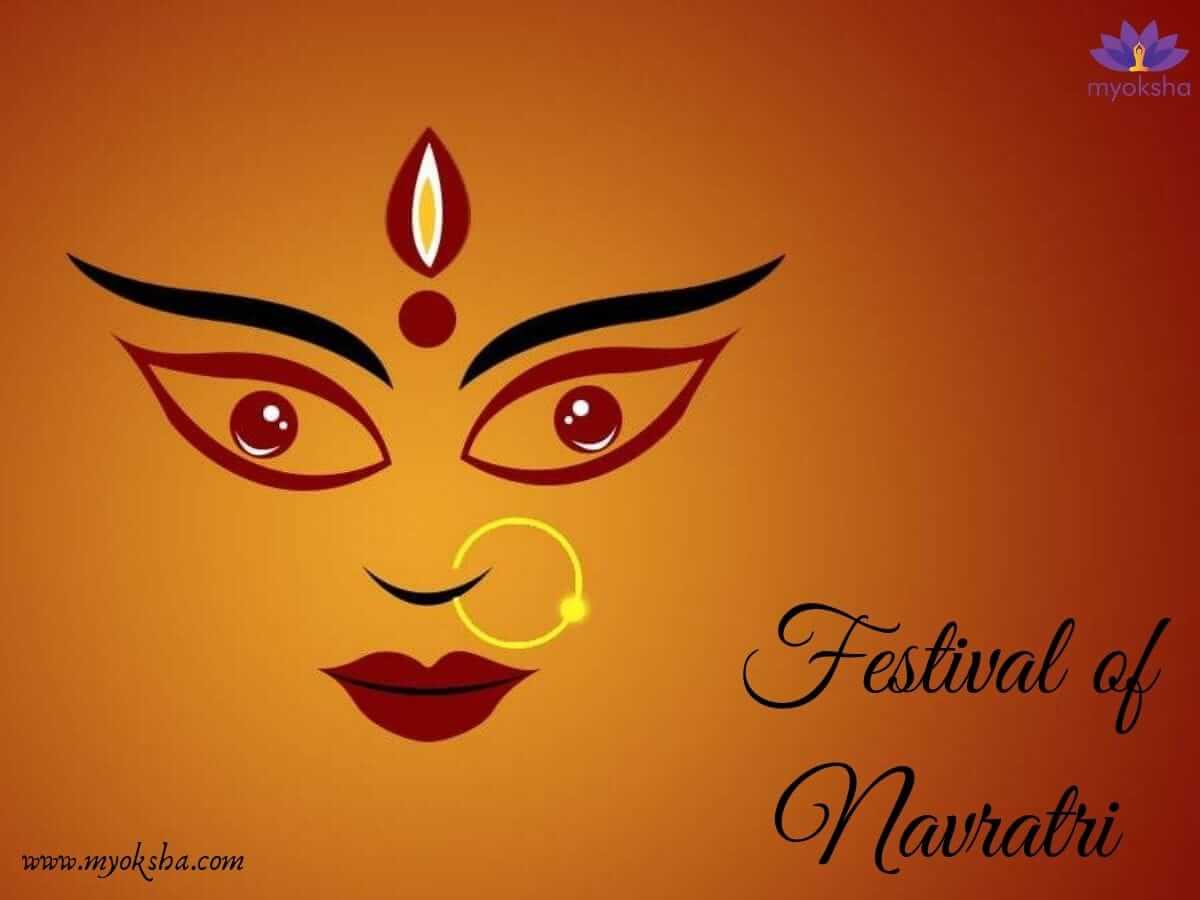 Navratri (“nava” i.e. 9 + “ratri” i.e. nights) means “nine nights”. This ritual is observed twice a year, in spring and in autumn. During Navratri, Hindus undertake nine days of fasting and worshipping. The Divine Mother or Devi is worshipped by her own command for nine days and in different forms. This festival is celebrated with various rites and rituals as believed by the devotees and hence, the commencement of all the rituals makes it more auspicious. Here is a list of some popular rituals undertaken for Navratri.

During this religious festival, instalment of a pot in one’s pooja room is meant to be auspicious. This installation of a pot is termed as “Ghatsthapana”. This pot symbolises the universe and is filled with a mixture of seven kinds of grains and covered with coconut.

As the name suggests “Akhand” means uninterrupted and “Jyoti” means light. During this festival, a lamp is lit for nine days continuously and taken care so that it doesn’t go off. Burning of it for all nine days non-stop is said to put an end to negative energies and make the devotees aware of their consciousness. It is also believed that this Akhand Jyoti is the medium through which one worships “Adi Shakti” i.e. Goddess Durga.

In a pot of sand or copper, barley seeds are sown. Barley is the symbol of first fruit and signifies growth, affluence and abundance. Hence, it is worshipped as well as taken care of all nine days. It is believed that the length of the barley shoots determines the quantum of income and prosperity that a family will have.

Different kinds of offerings are made to Goddess during 9 days of Navratri as a token of thanksgiving from the devotees for listening to their prayers and keeping them away from ill happenings. The offerings are in the form of fruits, food, clothes, jewellery, etc.

Reciting of the Durga Sapshatti Paath during Navratri is considered to be extremely auspicious. If not completely one can choose to recite particular Adhyayas as each adhyaya has its own significance. Enchanting the same sanctions the devotee with peace, tranquillity, wealth and prosperity in life.

All the nine days of Navratri have a colour in their name. All these colours hold certain significance and devotees prefer wearing those nine colours accordingly or as per the day. Those nine colours are as follows – Green, Blue, Red, Orange, Yellow, Indigo, Violet, Pink and clothes with hues of golden.

Singing and dancing during Navratri is now a part of festivity and fun and also a reason to dress up and catch up with your friends. But generations back it was believed and is still believed that singing and dancing in front of the idols of Goddess is auspicious and brings good luck. When goddess observes you to be happy and praising her in this form bestows you with more joy and happiness in life.

In Hindu Religion girls from the age group of 1-12 are termed to be as the little goddesses. Hence, on the ninth day, small girls are called over to various people’s houses and then first worshipped and later served with food. Further, they are offered with sweet beetle leaves, chunari, gifts, etc as we offer the goddesses.

Follow all these rituals and your Navratri will be all the more fun, perfect and filled with happiness and prosperity.