Madhya Pradesh is located at the center of India and is famous for its brilliant architecture and natural surroundings. It is home to the fine specimens of architecture and is also a famous pilgrimage destination as well. Indore is a beautiful place which attracts pilgrims from across various parts of the nation. A tourist who visits this place opines that each part of Indore is different from the other. People in this modern world are often tired with their hectic and busy work schedules and places like Indore in Madhya Pradesh offers you a fine way to seek solace and relief. Many tourists from around the world visit this place to offer prayers and rejuvenate their mind and soul. The Khajrana Ganesh Temple at Indore is one of the most visited shrines in this city owing to the history and religious beliefs associated with it. It is said that the natives have a lot of faith in the Lord and seek blessings as well. This temple is highly popular and is visited by anyone who visits Indore. 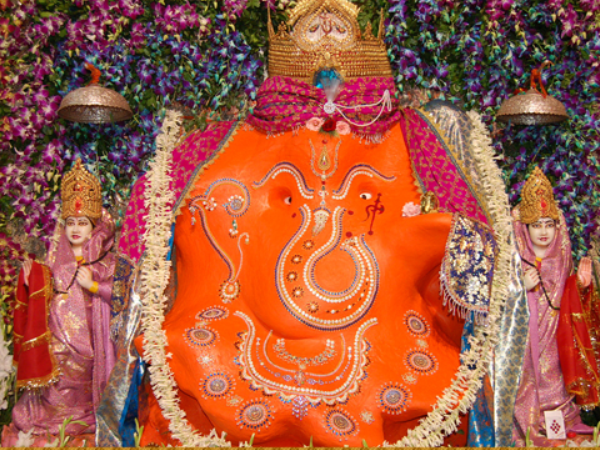 Significance of the Khajrana Ganesh Temple

Poojas and Rituals at Khajrana Ganesh

There are reliable and clean places of accommodation for all tourists who visits Indore. If you want to relax and enjoy the luxuries of life, take a pick from the exclusive resorts that come with their signature restaurants. On the other hand, you can also opt to save up on your expenses by putting up at budget hotels. Most of these lodging inns provide complimentary breakfast for its clients. There are also rooms available with private balconies. You can choose the room you want depending on the number of travelers accompanying you. Rooms of all sizes are available with all the modern amenities. For single voyagers, there are dormitories available that provide good stay at competitive prices.  It is advisable for tourists to book the hotel rooms in advance to avoid any disappointment. Pre-booking rooms will also facilitate the pickup and drop services provided by the hotel staff. Moreover, you can also bargain and get lucky when it comes to paying the rent of the rooms in advance.

Indore in Madhya Pradesh offers a variety of both traditional and contemporary cuisines when it comes to satisfying one’s appetite. India is famous for its spices and the variety which is evident as you move one part of the nation to another. When planning a visit to the famous Khajrana Ganesh temple, it is a must to taste the street food of Indore like poha, samosa, jalebi and moong dal ki halwa. From snacks to main meals, a visitor is bound to fall in love with its sweets and milk offerings. The traditional meal or Thali comprises mainly of rice, roti, sabzi, dal, papad, pickle, salad and dahi. There are also options available like tandoori chicken and kebabs for nonvegetarian lovers as well.

For people looking for fine dining, there are also various eating joints that pave a way for international cuisines as well. From Chinese to Thai and Continental, take your pick from the awesome spread and satisfy your senses. In addition, the cost that one has to bear is very reasonable and the restaurants are also equipped with good ambience. High-end city eateries also arrange live performances for their tourists as well. Most of the people visiting Indore also opt for takeaway namkeens and sweets on their return from the temple.