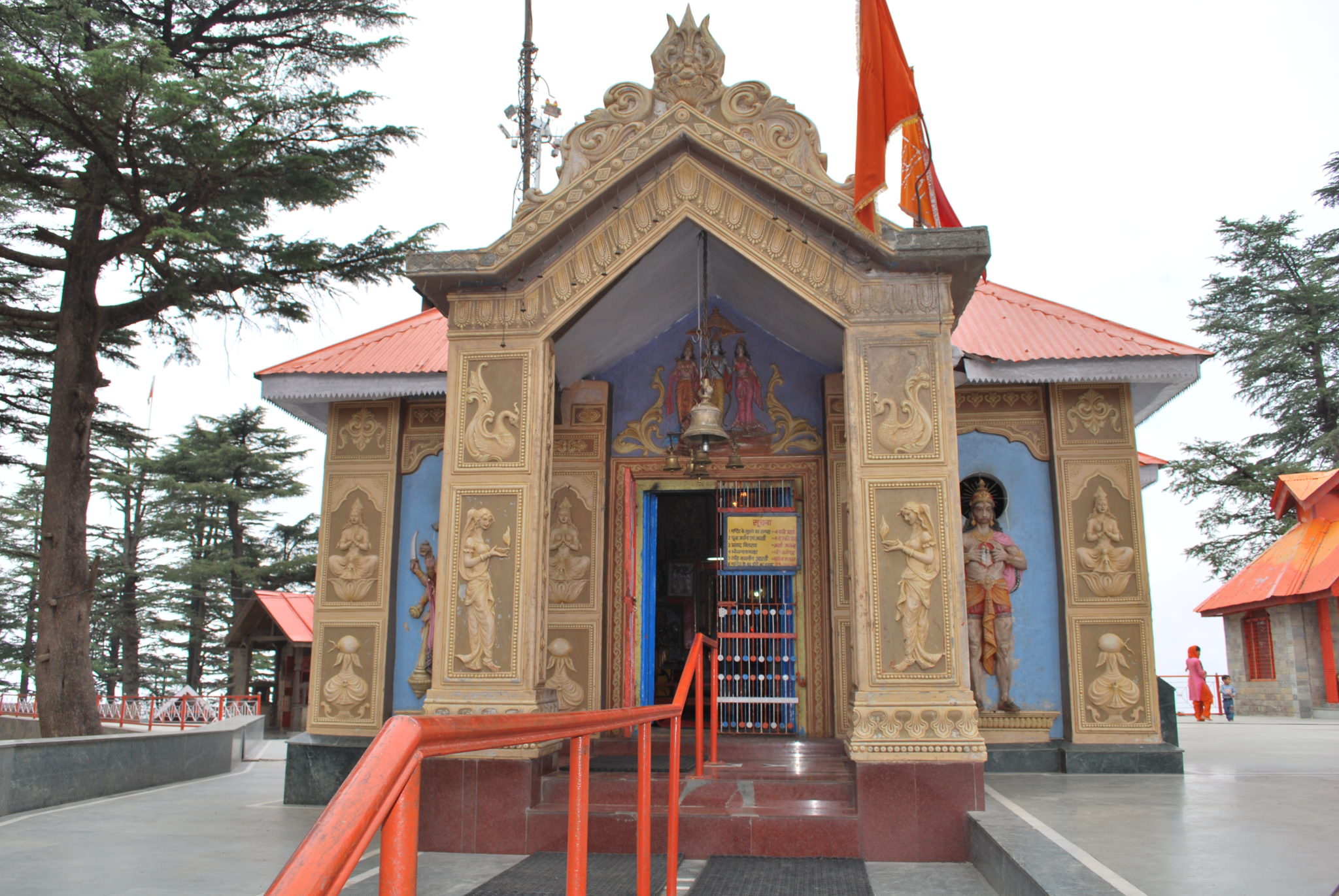 Jakhoo Temple is an ancient temple situated in Shimla, Himachal Pradesh. This temple is dedicated to Hindu God, Lord Hanuman. Jakhoo Temple is situated on the Jhakoo Hill in Shimla at a height of 2,455 m (8,000 feet) above sea level.

Shimla’s highest peak offers a panoramic view of the Shivalik Ranges and the town of Sanjauli. An ancient “Lord Hanuman” temple is there and every year a big festival is held on Dushera. You can go to the temple on foot from Ridge or can hire a pony/horse. Taxis are available too.

Jakhoo Temple has an interesting legend behind it. It is said that a deadly arrow injured Lord Rama’s brother Lakshmana when he was fighting the battle with the demon king Ravana. A priest diagnosed Lakshmana and said that he needed a particular Sanjeevani herb from the Himalayas to cure Lakshmana. Hanuman was sent to get that herb from the lofty mountains. Upon reaching the Himalayas, Hanuman couldn’t make out as to which herb was the Sanjeevani. So he dug up the entire mountain and flew back to where Lakshmana was lying injured.

After Lakshmana was cured, Hanuman went back to place the mountain in its original site. He rested on top of the Jakhu hill for some time. It is said that the top of the hill got flattened due to Hanuman’s weight. The temple has been built around the place that is supposed to have the footprints of Hanuman. It is a highly revered religious place of Shimla and devotees throng in huge numbers to pray. The shrine is a hotspot for monkeys who flock here in great numbers and generously accept eatables that are given to them by devotees and tourists.

Jakhoo Temple is open for darshan all the seven days of the week. The darshan timings are from 7 am to 8 pm. It hardly takes 1 to 2 hours for darshan. There is no entry fee in the Temple.

Place to eat in Shimla

Jakhoo Temple provides food to its devotees. They are free of cost and all the expenses incurred are borne by the Trustees. Once the daily Puja is over, devotees are allowed to move for food. These food are made in a very hygienic condition maintaining the dignity of the Temple. The food includes three main courses and is given in plenty. All the expenses incurred are borne by the temple trust. Apart from the prasad provided in the temple, one can also have food from hotels outside the campus. These hotels provide clean and hygienic food. There are various other places to eat food. There are many hotels and cafes which provide food keeping the taste and needs of the devotees. They cost very nominal keeping the needs and budget of the tourists.

There are various dharamshala facility provided fo the devotees. The Temple Trust has themselves made dharamshalas for the devotees as well as tourists. Apart from dharamashalas, there are many hotels as well as private organizations that provide dwelling facilities to the people. The hotels have nominal charge keeping the need and budget of the devotees and the tourists. The hotels provide clean and hygiene environment to the tourists as well has good and hygienic food. Many hotels provide wifi facilities to the tourists so that they keep themselves connected to the whole world.

How to Reach – Road, Air and Rail

Places to visit near Jakhoo Temple