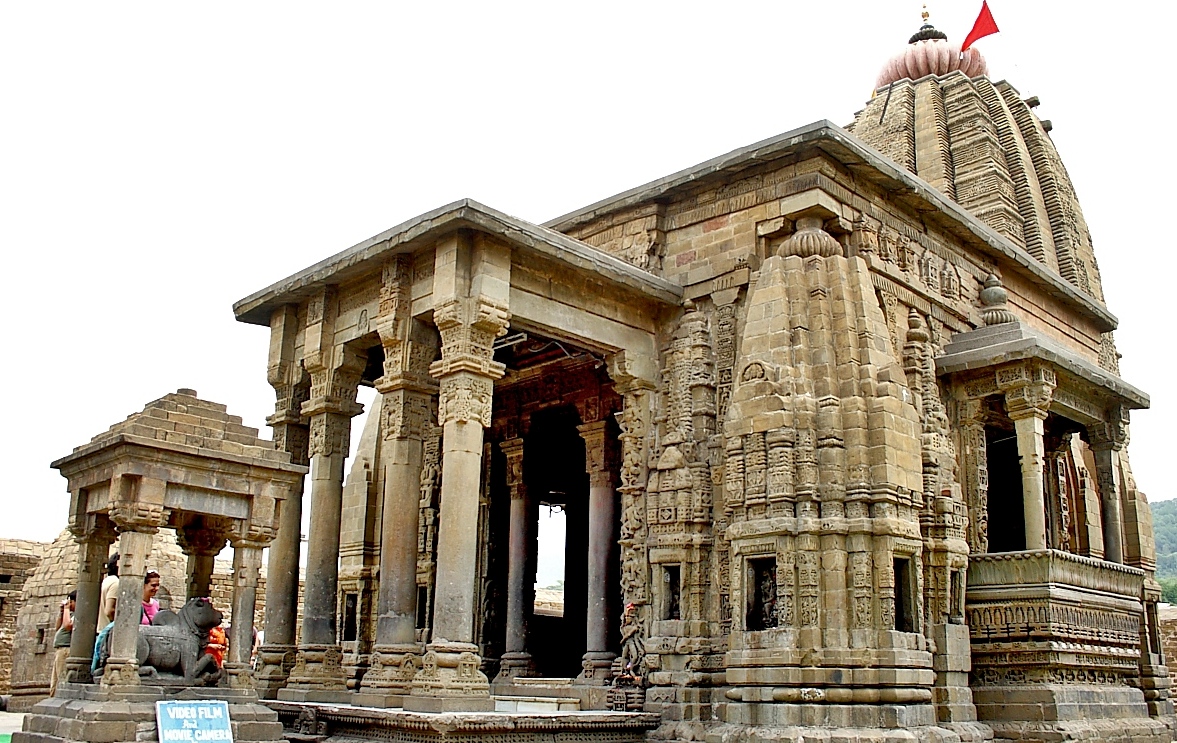 Baijnath Temple of Palampur in Himachal Pradesh is located in the Kangra district. It is located in a popular mountain resort. In 1204 AD the two regional merchants ‘Ahuk’ and ‘Mnyuk’ established Baijnath Temple, is a major attraction of Palampur and 16 km from the city located at a distance. Since the establishment of the temple dedicated to Lord Shiva is constantly being built.

The famous Shiva Temple of Palampur is located 22 km from Chamunda Devi Temple. Baijnath Temple is a place where people come from far and holds an important place for religious faith. This temple has devotees from all over India throughout the year and foreign tourists attracts a large number of pilgrims. Himalayan Dhauladhar mountain ranges in beautiful and green valleys nestled among the largest of the ancient Shiva temple Shiva devotee hears the tale of devotion. It is installed on the lingam it, to see who is like any ordinary Shivling. But it gives a sense unique touch to the devotees. The immense power of Shiva devotees worship Ravana because he fills the lingam, which she used to worship. According to legends Lanka Ravana wanted to take with them the lingam.

Maha Shivaratri.
Baijnath Temple, people coming from far and holds an important place for religious faith. Baijnath Temple devotees from all over India throughout the year, foreign tourists and attracts a large number of pilgrims. Every morning and evening prayer is. Also special occasions and festivals are special prayers. Makar Sankranti, Maha Shivaratri, Vaishakh Sankranti, the festival of Shravan Monday etc are Mnaae with huge excitement and elegance. Shravan falling in prayers at the temple every Monday is considered to be particularly important. Monday of Shravan is celebrated as fair. Maha Shivaratri festival is held every year on the five-day State level.

Bath’s importance
Flowing with milk remained at the temple Vinwa ravine bathing in the Ganga ghat has a special significance. After bathing the Shiva devotees bathe Panchamrit Bilwa get letters from him, flower, hemp, etc. Dtura Bhole Nath please pay by the sins and virtues earn their sufferings.

How to Reach Baijnath Temple

To reach Baijnath from Delhi or Chandigarh-Una via Pathankot rail, bus or private vehicle and can be reached by taxi. Delhi to Pathankot and Kangra districts Gaggal air service is also available.

• By Road– The temple is situated around 10 km west of Palampur, on the Baner River and can be reached by bus or taxi.
• By Rail- The nearest railhead on the narrow gauge line is at Moranda near Palampur, 30 km.
• By Air– The nearest airport is Kangra airport at Gaggal near Dharamshala. It is 28 Km from Chamunda Devi Temple.

There are various dharamshala facility provided fo the devotees. The Temple Trust has themselves made dharamshalas for the devotees as well as tourists. Apart from dharamashalas, there are many hotels as well as private organizations that provide dwelling facilities to the people. The hotels have nominal charge keeping the need and budget of the devotees and the tourists. The hotels provide clean and hygiene environment to the tourists as well has good and hygienic food. Many hotels provide wifi facilities to the tourists so that they keep themselves connected to the whole world.

Place to eat in Kangra

Baijnath Temple provides food to its devotees. They are free of cost and all the expenses incurred are borne by the Trustees. Once the daily Puja is over, devotees are allowed to move for food. These food are made in a very hygienic condition maintaining the dignity of the Temple. The food includes three main course and are given in plenty. All the expenses incurred are borne by the temple trust. Apart from the prasad provided in the temple, one can also have food from hotels outside the campus. These hotels provide clean and hygienic food. There are various other places to eat food. There are many hotels and cafe which provide food keeping the taste and needs of the devotees. They cost very nominal keeping the needs and budget of the tourists.
There are a lot of dishes which are given to the devotees. There are one-time free prasads served to the devotees. There are many other dishes that are served to the devotees for which they need to spend money. The food is prepared in a very hygienic conditions. All the eatables are taken good care while preparing food. Foods are prepared in a very hygienic atmosphere.

Nearby places to visit

• Kangra Fort– The Kangra Fort are located on a strategic height overlooking the Manjhi River and Ban Ganga River. The remains of the Kangra fort are still a dominating feature of the Kangra Valley. Mohammed Ghazni occupied the Kangra Fort in 1009 AD and at that time the place was called Bhima Nagar, after the name of Bhima, one of the Pandavas. Muhammed Tuglaq also conquered the fort in 1337, but could not occupy it for long. Feroz Tuglaq also plundered the fort in 1365 AD. This is known as Nagarkot, located 42 km from Palampur. There are two entrance, it is currently preserved by archaeological department. It has very beautiful entrance and very amazing.

• Jwalamukhi Temple– Located at a distance of around 30 km from Kangra, the temple of Goddess Jawalamukhi is also famously called “Flaming Goddess” or “She of the flaming mouth.” Nestled in the valley of Beas, the temple of Jawalamukhi is built over some natural jets of combustible gas. It is on of shakti peeth temple, it is 35 km from Kangra dedicated to goddess light, this temple is very famous to north Indians. There are all types of facility available like hotels, restaurants etc.

• Kangra Art Gallery– The Kangra Valley Art Gallery showcases artefacts that can be traced back to the 5th century. It encompasses a gallery of Kangra’s renowned miniature painting and a representative collection of pottery, sculptures and anthropological items.

• Bhagsunath- The ancient temple of Bhagsunath is located 3 km east of McLeodganj and 11 km from Dharamshala in Himachal Pradesh. The annual fair held at the place in September is quite popular. With the forests and hilly ranges, there is also a waterfall located nearby.