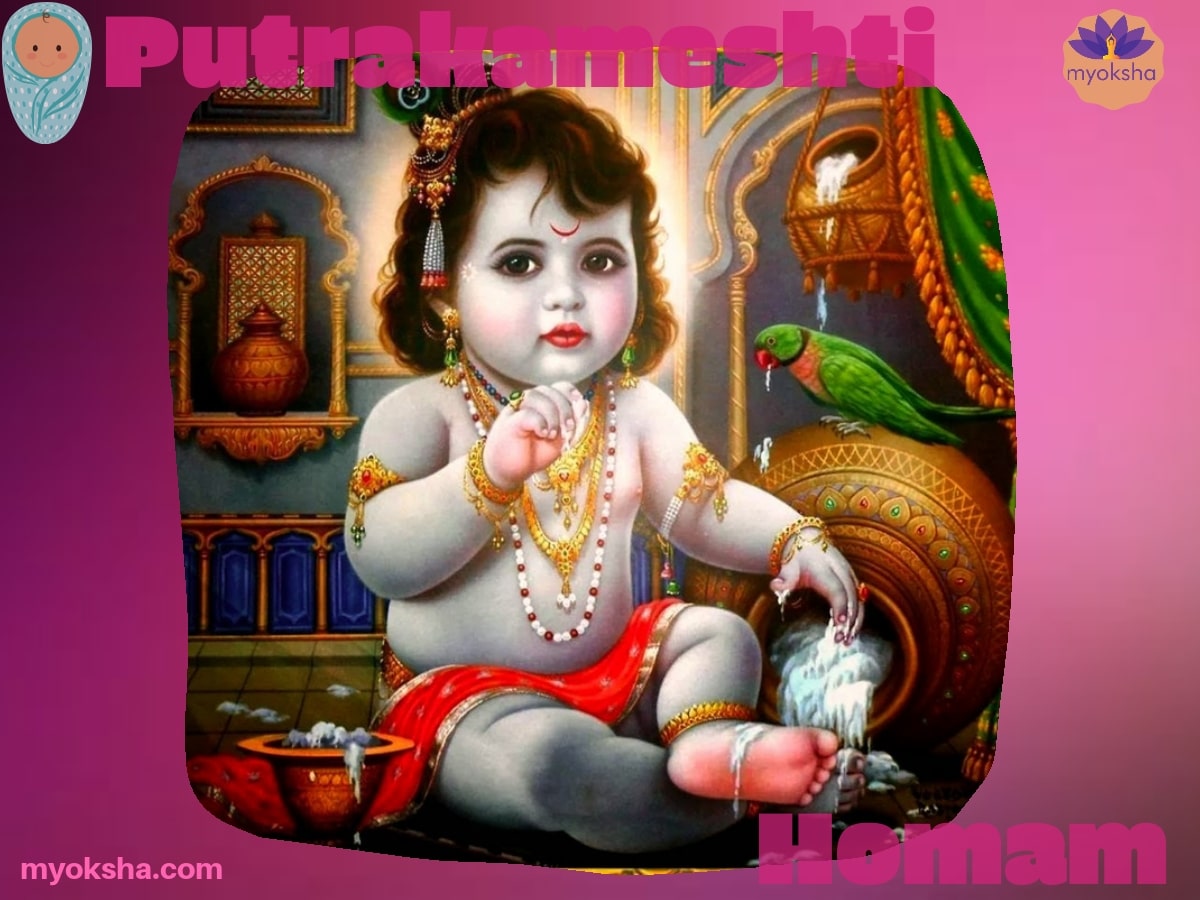 Putrakameshti Yagam is a unique yagna that has its own special place in Hinduism. Moreover, Hindus perform this yagna for the sake of having a child. Putrakeshti Yagna is also famous by the name, Santhana Gopala Pooja.

Putrakameshti Yagam is also undertaken by the couples who long for a male child or successor of the family. Lord Vishnu is the deity of this yagna. Nevertheless, it forms a part of the Kaamya-karma.

Who should perform Putrakameshti Yagna

This Holy Yagna should be undertaken by a couple whose facing unwanted delay in parenthood. Nevertheless, an experienced priest must supervise the whole process.

Samagri or Things Required for the Putrakameshti Yagna

Benefits of the Putrakameshti Yagna

When is the best time to perform Putrakameshti Homam?

Wednesdays and Thursdays are quite auspicious for performing the Homam. However, one can also decide as per the nakshatras in their kundalis.

What is the cost of this Homam?

Hope the information about the Putrakameshti Homam is uselful for you. For any further queries, comment below and we will respond back asap.