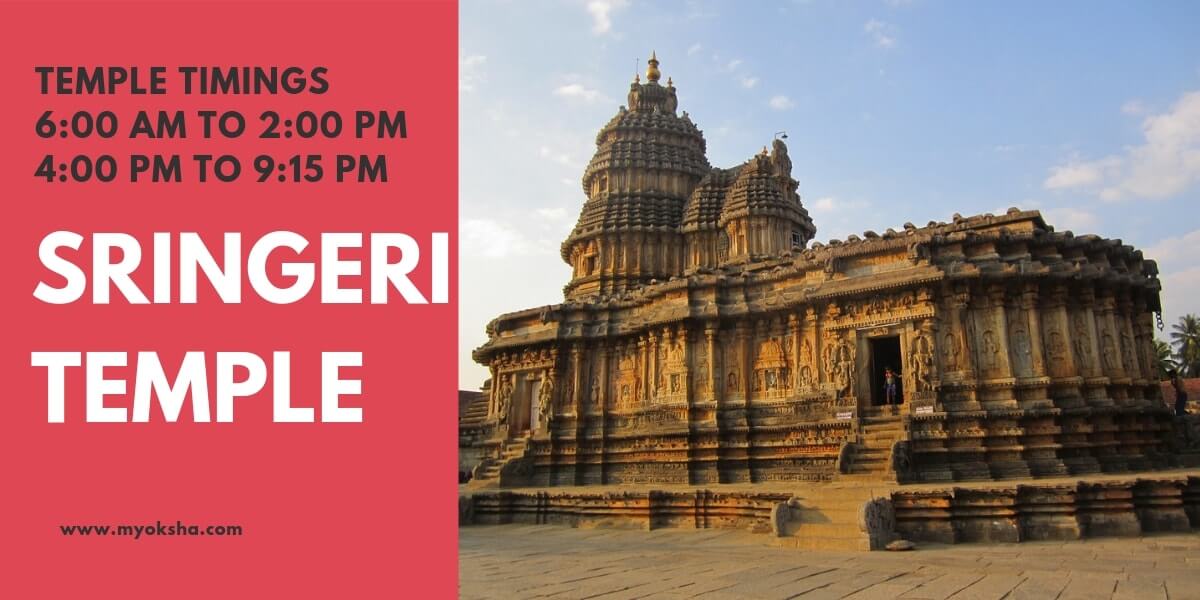 Here is the list of places to visit near Sringeri temple:

The Temple is on top of a hillock. The devotees have to climb 156 steps reach the Temple. The Temple is for the Linga of Malahanikeshwara who is the destroyer of impurities in the soul of a person.

The Rishyasringa Temple at Kigga

The town of Kigga is 9 km away from Sringeri. The presiding deity of the significant temple is Rishyasringa and his wife Santa. According to beliefs, she caused rainfall in the drought-stricken kingdom of Romapada. Also, King Dasaratha (Lord Rama’s father) invited Rishyasringa to be the presiding priest at the sacrifice he conducted to obtain sons. Moreover, the Shiva Linga in the Temple has horns.

The place is famous for its two temples – The Mahalingeshwara Temple and the Anegudde Vinayaka Temple. The place is also famous as Kumbhashi as this is the place where Kumbhasura died. It is also one of the seven places in a collective region “Parashurama Srishti”, the creation of Saint Parashurama. This makes it popular among the places near Sringeri temple.

The town is home to the Kalasheshwara Temple. Bhadra River surrounds the temple on 3 sides. Also, the Temple is for Lord Shiva. According to legends, Sage Agasthya made Kalasa as his home but wanted to witness the wedding of Shiva and Parvathi. Hence, Lord Shiva obliged and gave a boon to Agasthya using which he was able to watch the wedding from Kalasa.

The famous and revered Sri Mookambikai Temple is in Kollur. The presiding deity is Goddess Mookambikai also famous as Devi and in front of her idol, is a Jyotirlinga of Lord Shiva. Also, the unique feature of the Linga is that it consists two unequal parts – The Smaller right part represents Brahma, Vishnu and Shiva and the larger Left part represents Durga, Lakshmi, as well as Saraswati.

Here is everything you want to know about Sringeri Temple